A New York City icon that once rivaled structures such as the Statue of Liberty and the Empire State Building, the World Trade Center, colloquially known as the Twin Towers, was one of the most recognized structures in history. Designed by Japanese-American architect Minoru Yamasaki, it held the title of Tallest Building in the World from 1972–1974. Up until its unfortunate demise, the WTC site was a major destination, accommodating 500,000 working people and 80,000 visitors on a typical weekday. 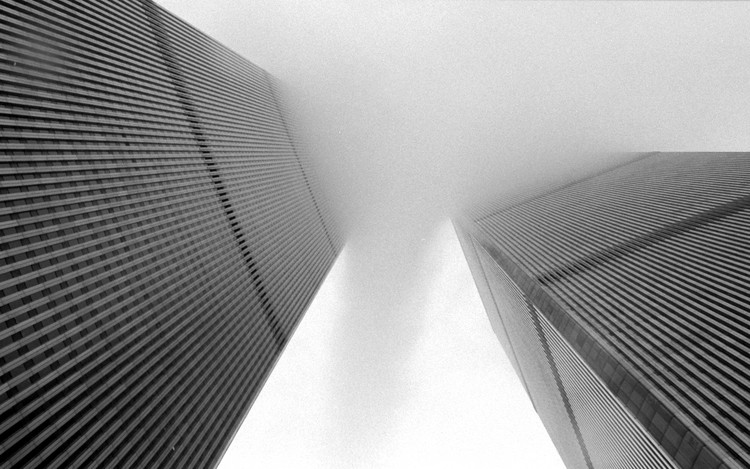 The World Trade Center was intended to promote international trade and catalyze economic prosperity in the New York and New Jersey metropolitan region. As Minoru Yamasaki explained, the facility was envisioned as a physical expression of world peace and as a place for communication, information, proximity, and face-to-face convenience for a variety of business and financial stakeholders.

In 1962 the New York Port Authority sent a letter to Yamasaki asking if he would be interested in pursuing the estimated $280,000,000 project. The architect assumed they must have accidentally added an extra zero, as he felt it would be impossible for his then 55-person office to manage a project of such magnitude. Nevertheless, he was selected over the 40 architects considered to design the World Trade Center. By the commencement of the project, Yamasaki Associates, who would work with associate architect Emery Roth & Sons, had a staff of 80; the WTC would dominate the office until its completion.

The proposed WTC would significantly impact the urban fabric of Lower Manhattan, causing significant controversy. The original 17-acre site was composed of 14 small and irregular blocks, housing primarily small retail tenants and divided by narrow streets. Yamasaki, who considered it fortunate that there were no buildings worth saving, saw this as a great opportunity to demolish the site and create one large superblock. The architect hoped the transformation—with its simplification of vehicular traffic and improve pedestrian circulation—would create an oasis of public space in an otherwise congested area. Adding to this opportunity was the fact that three New York subway lines converged beneath the site. To make up for the elimination of roads, three of the surrounding streets were tripled in width and broader sidewalks were provided. Given the extreme building area requirement of 12 million square feet, the inclusion of skyscrapers were absolutely necessary, and a large, open plaza would alleviate the tension of such tall structures. The project also includes several other lower buildings around the perimeter of the block, sheltering the plaza from traffic. A transportation and shopping concourse located under the plaza, provided sheltered circulation between the WTC buildings, the subway stations, and PATH, an underground pedestrian network that connected to Wall Street. This master planning phase of the project was critically important; Yamasaki Associates developed more than 100 schemes for the superblock.

The construction of the project posed immense challenges.  Excavating an area of 500 feet by 1000 feet was difficult, but the bigger problem was the issue of dewatering. Given the close proximity of the Hudson River to the site, the foundation could easily fill with water.  Pumping out water would be extremely expensive and could even compromise the foundations of nearby buildings.  Utilizing an innovative method called a Slurry Wall, proposed by engineer Martin Kapp, the excavation perimeter was encased with water-proof, reincorced concrete walls that would prevent leakage and potential collapse.  It is predicted that the slurry wall solution saved costs upwards of $20,000,000.

A 5-acre plaza surrounded the Twin Towers and featured a paved garden, rings of benches, and a 130-foot diameter circle of flower boxes.  Also present were striking sculptures by artists Fritz Koenig, Masayuki Nagare, and James Rosati.  The two 110-story skyscrapers primarily housed open office space, but also included an underground parking lot for 2000 cars, a tall lobby, and an observation deck.  The towers shared a simple plan: a 208-foot by 208-foot square with slightly chamfered corners surrounded an 87-foot by 135-foot core that was comprised of 47 steel columns.  The core contained all of the building services—including elevators, stairs, washrooms, and mechanical shafts.  A unique feature of the building circulation was the use of sky lobbies.  Dividing the structure into thirds, these interchange floors were accessed by large express elevators, and provided the opportunity for occupants to switch to smaller local elevators that serviced a particular section of floors.  This element allowed for the stacking of elevators, thereby decreasing the number of required elevator shafts.  The floors directly beneath the sky lobbies were used for mechanical functions.  The floors, 4 inch thick concrete on a fluted steel deck and supported by a 6-foot-8-inch grid of prefabricated trusses, carried the load between the core and the exterior walls, freeing the office space of interior columns.

Constructed as a tube structure, the exterior walls of the towers utilized vierendeel trusses.  Each facade contained 59 17-inch columns on a 40-inch grid.  As a result, the narrow 22-inch windows between accounted for only 30% of the envelope.  The use of narrow windows in tall structures was common in Yamasaki’s work as he had a moderate fear of heights; he felt it was necessary for the design to accommodate office workers that may experience a similar discomfort.  The exterior columns were extruded 12 inches beyond the glazing, shading much of the windows, and reducing energy consumption.  Towards the base of the buildings, each group of three columns merged into one, creating wider glazing for the lobby.  Unimpressed with the existing colors of aluminum, Yamasaki originally planned to use steel as the facade material.  The aluminum manufacturer Alcoa, however, encouraged the architect to switch to the cheaper material and produced a new silver aluminum alloy specifically for this project.

The World Trade Center opened on April 4, 1973, completed at a total cost of $900,000,000.  The Twin Towers were primarily criticized for their extreme scale. Yamasaki understood that massive projects are almost always criticized at first for altering an already-beautiful skyline, only to gradually become appreciated as it becomes more familiar.  Addressing the anti-urban bias, Yamasaki explained that with the extreme population density and land value of Manhattan, building vertically is not only necessary, but also provides the opportunity to free-up much needed public space.  He notes that it is the responsibility of an architect to make the most of the urban condition by considering the human scale in design decisions.

The Twin Towers were ultimately destroyed as the primary target of the September 11, 2001 terrorist attacks. The former site of the World Trade Center, known as Ground Zero, was subsequently demolished and is now the focus of ambitious and high-profile redevelopment. Designed by a group of leading architects that includes Daniel Libeskind, Norman Foster, Richard Rogers, Fumihiko Maki, and Santiago Calatrava, the new site will feature 7 new skyscrapers and a transportation hub. A memorial created within the footprints of the two original skyscrapers opened exactly one decade after the attacks.

The World Trade Center is perhaps the best-known work of Minoru Yamasaki, a Modernist recognized for his contributions to the New Formalism. It was not his only ill-fated project; his Pruitt-Igoe housing project in St. Louis, Missouri, was demolished in 1972 following its degeneration, and his Military Personnel Records Building, also located in St. Louis, was badly damaged by a fire in 1973.

As prominent American skyscrapers and an important symbol for international trade and peace, the World Trade Center towers once dominated the Manhattan skyline. For nearly three decades, the WTC stood as a New York City landmark and significant urban destination of Lower Manhattan. New projects are rising from Ground Zero, aiming to present a progressive vision while honoring the memory of the site. 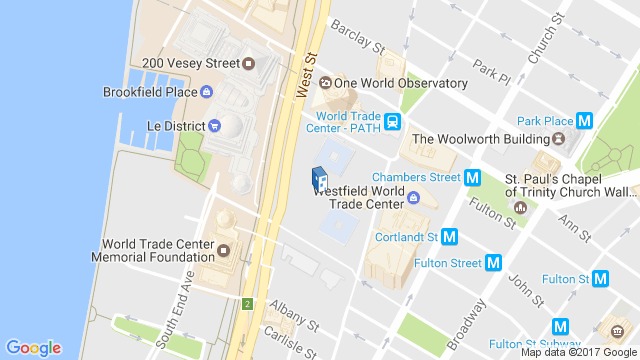 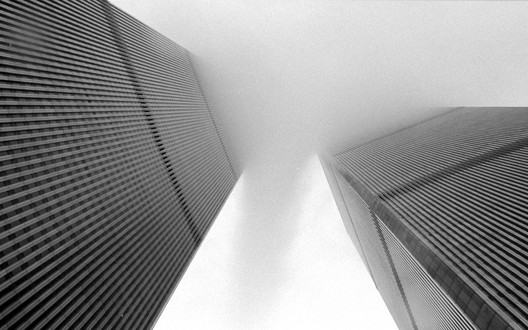 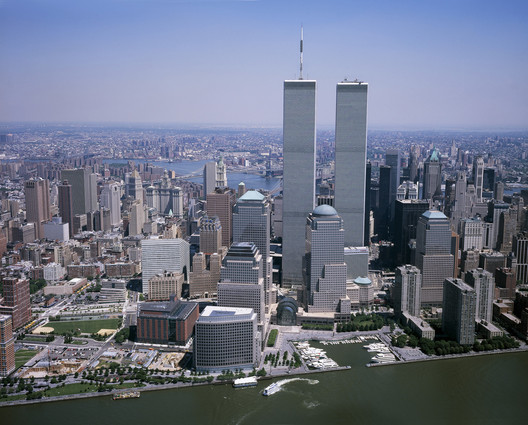