Istanbul-based architecture studio Salon, in collaboration with Praxis Landscape, has unveiled the designs for its Beylikdüzü Life Valley Bridges and Routes Master Plan for Istanbul's Beylikdüzü district. Guided by the idea of “Keeping the Valley Alive," the project has created a new design for the area to thrive, maintaining the valley “livable, accessible, sustainable, feasible, and alive.” 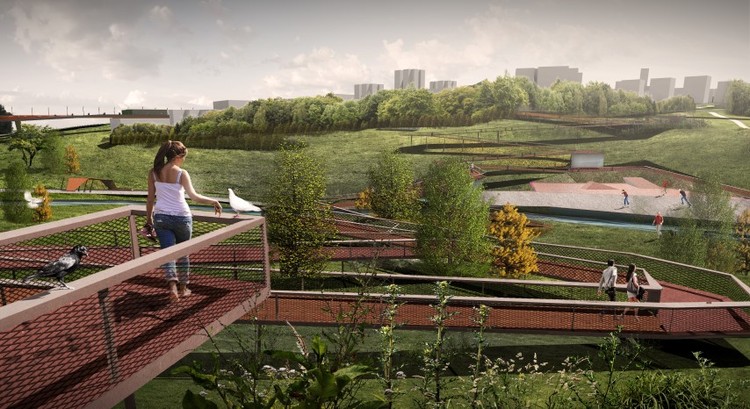 Through the plan, the valley has been divided into six zones with axes, each of which has focus points and stations like bicycle parks, sitting areas, and shaded areas, that define the valley identity.

The new plan is also defined by Bridges. The Life Valley Bridge seeks to act as a “touring route” to give users a new perspective of the valley and surrounding environment without disturbing it. Thus, the bridge provides a distinct walking route that highlights the area’s horizon.

The Watching Bridge similarly incorporates pedestrian involvement, with lights that extend from its bearing system up over its walkways, giving the impression that they are hanging midair.

The project will be built by the end of 2016. Learn more here.