Save
100 Ideas for Solving London's Housing Crisis, According to New London Architecture
Share
Or
Copy

With ideas ranging from floating homes to new mega-cities, New London Architecture has revealed 100 proposals to address the housing crisis in London. The ideas will be on display as part of the New Ideas for Housing exhibition at the NLA Galleries in the Building Centre in London. After an open ideas competition announced June 2015, over 200 entries from 16 different countries were received. Of the 100 shortlisted projects 10 finalists will be selected and have the opportunity to work with the Greater London Authority to implement their ideas. Read more about the entries and exhibit after the break. 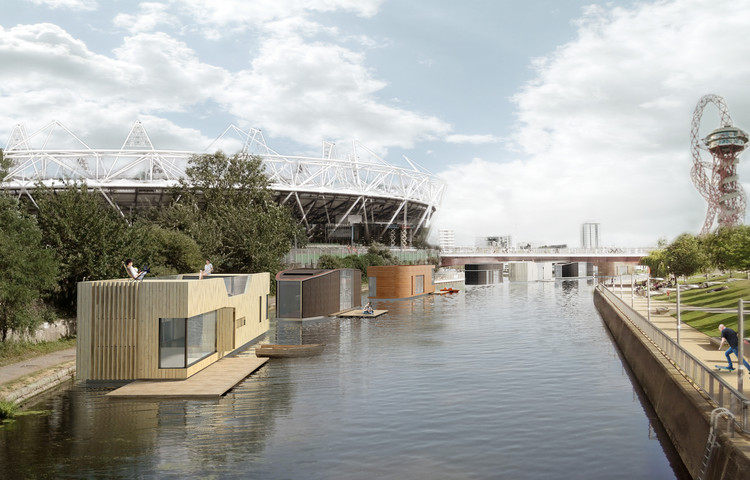 Over two-thirds of the shortlist was made up of architects - including world-renowned firms like Rogers Stirk Harbour and Partners, Grimshaw, Farrells, dRMM, Mae Architects, Feilden Clegg Bradley and SimpsonHaugh and Partners (see the full list of shortlisted architects here). However, the exhibition also features ideas from developers, consultants, local boroughs and everyday Londoners

With so many entries, certain trends in thinking emerged. The retro-fitting of London suburbs, and the idea of giving homeowners greater responsibility was popular: Alastair Parvin and Adam Towle in partnership with the WikiHouse Foundation proposed the “Right to Replace,” which allows homeowners to replace their existing property with their dream home, if they use half their space, incentivizing density. Other ideas include apps that locate future development sites, and a ‘build-to-own’ financing and ownership model by Savills.

The use of London’s canals and rivers was also a popular theme. Baca Architects and dRMM both proposed floating homes along the city's canals and docks, as well as the River Thames. Other proposals, such as that of Farrells and Buro Happold, looked at the Thames for its infrastructural capability – their proposal suggested that by adding bridges to connect areas, numerous areas that are currently overlooked could be viably developed.

There was also a plethora of ideas exploring unused land in London, from brownfield sites to repurposing rooftops. WSP | Parsons Brinckerhoff suggested adding housing on top of existing public buildings, while Bell Phillips Architects proposed modular housing on top of post-war estates and Akira Yamanaka Architects submitted a form of micro-housing in the gaps between homes.

This new exhibit will be free to the public and on display from October 15 to December 17, 2015 at the NLA Galleries in the Building Centre in London. Read more about the competition and exhibit here. 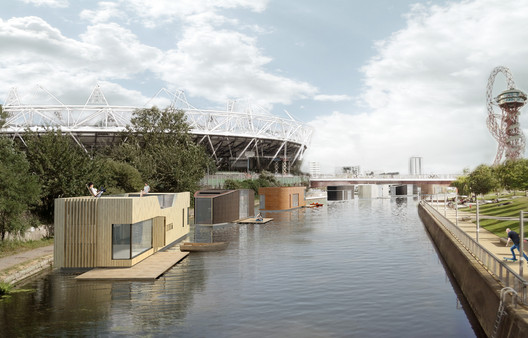