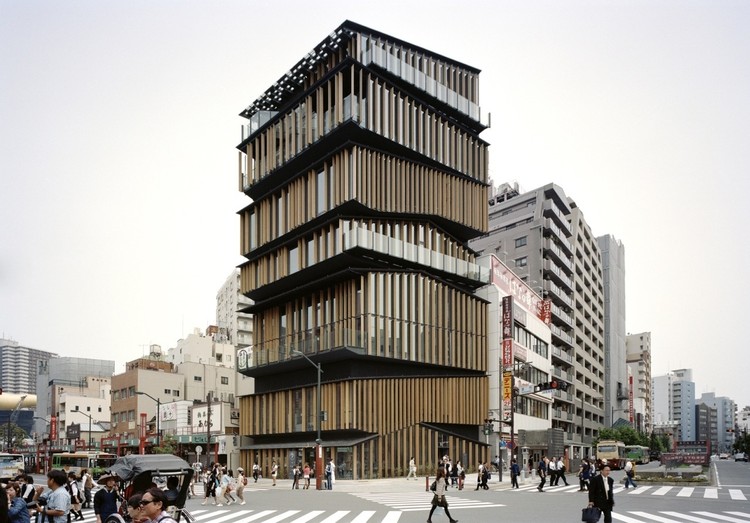 Born in Yokohoma and graduating from the University of Tokyo in 1979, after working locally for a few years Kuma worked as a researcher at Columbia University until 1986. His first practice, Spatial Design Studio, was founded in 1987, followed in 1990 by his current practice, Kengo Kuma & Associates, although he continued teaching at Columbia. His early work tended towards the post-modern, but the bursting of the Japanese bubble and the "Lost Decade" of the 1990s created an environment that was not hospitable to such extravagant architecture. Instead of going abroad like many of his contemporaries, Kuma took the opportunity to find and engage with smaller scale craftsmen that became more prominent during the economic trouble, something he credits with reinvigorating his style, moving his focus from the big picture to repeated use of small elements.

This is also what led to his focus on reinventing natural materials. Traditional Japanese architecture is heavily focused upon rhythm and light, but using natural materials conventionally to achieve this limits your palette heavily. Instead, Kuma began taking materials like stone and using them as though they were light woods or glass, taking thin slices of them and using them as particles. His Stone Museum in Nasu (2000) is a great example of this, taking local stones to create soft and porous walls which shift in the light.

Other high-profile buildings include the Nagasaki Prefectural Museum (2005) the Asakusa Culture Tourism Centre (2012) and a commune by the Great Wall of China (2002). In recent years he has also received an increasing number of commissions in Europe and North America, including a Metro Station in Paris, a cultural village in Portland's Japanese Garden, Dundee's new V&A Design Museum, a skyscraper in Vancouver and the Hans Christian Andersen museum in Odense. He was also commissioned—after much controversy—to design the new National stadium for the 2022 Tokyo Olympics in his homeland. Despite all of these significant projects, Kuma still focuses a lot of his time on small scale commissions, working on private houses and shopfronts, especially after the 2011 Japanese earthquake and tsunami. Some of Kuma's more recent designs include a multi-use complex called Shipyard 1862, Park Court Residential Tower in Tokyo, and in January was awarded the project of an aquatics center in the harbor of Copenhagen.

See all of Kengo Kuma's work featured on ArchDaily via the Thumbnails below, and further coverage below those:

Project of the Month: China Academy of the Art's Folk Art Museum 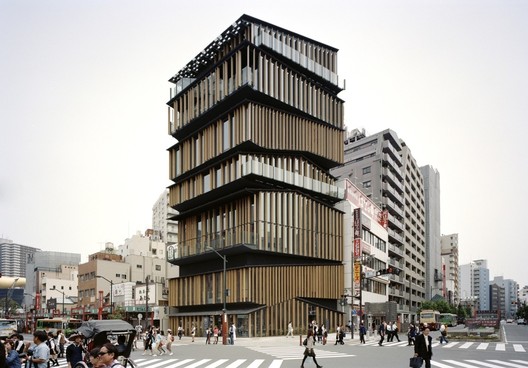