Save
Robin Hood Gardens, Once Again, Looks Set to be Demolished
Share
Or
Copy

When the certificate expired in 2014, the London Borough of Tower Hamlets applied to Historic England for it to be renewed. We provided Tower Hamlets, the Twentieth Century Society and CABE [Centre for Architecture and the Built Environment] with a consultation report as part of the COI process. Many of the points in the consultation response we received from the Twentieth Century Society were in reference to the original 2008 report and subsequent review material, and did not provide new information.

Emily Gee, Head of Designation at Historic England, has said on the matter that:

Any of the Smithson’s buildings deserve to be considered for listing, and a number are already listed. We have therefore given much thought to Robin Hood Gardens. We assessed the complex for listing in 2008 and our advice was subject to detailed scrutiny and review. No new information has come to light that would cause us to revise our assessment, so we stand by our view that Robin Hood Gardens does not meet the very high threshold for listing.

In recommending a building for listing, particularly one so recently built, we need to consider whether it stands up as one of the best examples of its type. We don’t think that Robin Hood Gardens does. It was not innovative in its design – by the time the building was completed in 1972 the ‘streets-in-the-air’ approach was at least 20 years old. The building has some interesting qualities, such as the landscape, but the architecture is bleak in many areas, particularly in communal spaces, and the status of Alison and Peter Smithson alone cannot override these drawbacks.

Listing is highly selective and decisions must be made objectively. While respecting the opinions of campaigners, after careful review of all the points received by the consultees, we recommended once again that Robin Hood Gardens does not make the grade.

You can read Historic England's statement in full here. 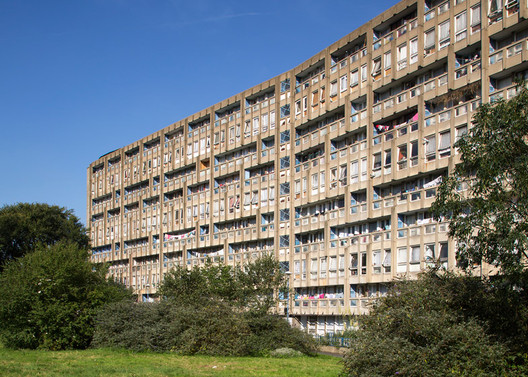