India has one of the fastest growing populations in the world and to accommodate it, a better building material is needed. Currently over 200 billion of the country’s traditional clay fired bricks are manufactured every year, resulting in numerous pollution and environmental problems. To address these issues, a team from MIT –- composed of students Michael Laracy and Thomas Poinot, along with professors Elsa Olivetti, Hamlin Jennings and John Ochsendorf -- has developed Eco-BLAC bricks: an alternative to traditional bricks that reuses industrial waste and is low-cost and low energy.

Eco-BLAC bricks were first developed two years ago by the MIT Tata Center as a way of repurposing boiler ash, reducing landfills and improving the quality of life for people in Muzaffarnagar, an industrial city north of Delhi. Boiler ash is produced by small to medium factories, such as paper mills, when they burn cheap materials to produce energy. Due to its uselessness in most applications, it ends up in landfills where it poses serious hazards to the environment and human health.

In addition to finding a way to repurpose boiler ash, researchers at the Tata Center also took the opportunity to address another environmental issue in India – the production of clay-fired bricks. On top of requiring topsoil for production, degrading farmland, the manufacturing process of clay-fired bricks causes air pollution and requires significant energy consumption, with bricks being fired at temperatures approaching 1000°C. Workers must endure these vicious work conditions for little pay as well.

As a solution to both problems, Eco-BLAC bricks were developed: masonry using boiler ash and alkali-activation technology. This technology uses the boiler ash as an alumino-silicate, combining it with an alkaline activator solution. When combined, the ash dissolves, followed by the construction of a geo-polymer gel, a solid 3D network that gives the bricks strength and durability. This solution reuses industrial waste (70% in the current model) rather than topsoil, and is low-cost and low energy. By using a chemical reaction rather than firing, the bricks gain strength at ambient temperatures, not requiring the massive consumption of coal (roughly 24 million tons annually) in traditional clay-fired brick production. This process also produces no emissions, unlike the traditional kiln technology, which produces carbon dioxide (roughly 76 million tons CO2/ year), carbon monoxide, sulphur dioxide, nitrogen oxides, black carbon, and particulate matter.

Since 2013, the team has carried out tests and research in the city of Muzaffarnagar. The bricks have been subject to various tests, including mechanic resistance under compression, durability, and water absorption, all with promising results. After the long-term durability tests that the bricks are currently undergoing, Eco-BLAC bricks will transition to industrial production using a pilot plant in Muzaffarnagar, with the aim of expanding to the rest of India. 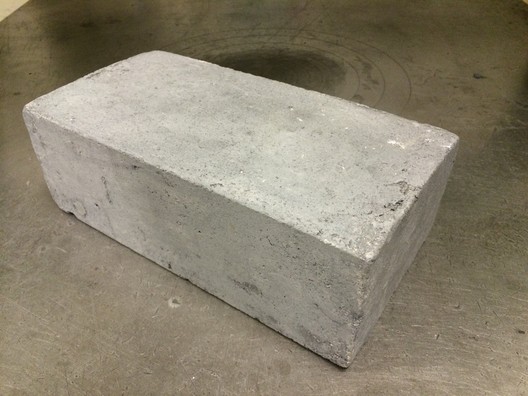