As a firm believer in the importance of making good design accessible to the public, Michael Graves (July 9, 1934 – March 12, 2015) produced an enormous body of work that included product design alongside his architecture. Graves brought Postmodernism to the public eye through his emphasis on ornament and aesthetics, and stood firmly behind his design philosophy even as it went out of vogue.

Graves was born in Indianapolis, Indiana, where he spent most of his youth. He had a prestigious academic career; he received a bachelor’s degree from the University of Cincinatti, a Masters in Architecture from Harvard, and shortly after graduating, he won the Rome Prize, which enabled him to study at the American Academy in Rome for two years. Thanks to these academic opportunities, Graves met important colleagues and began to form the ideas that would influence the rest of his career.

In 1962, Graves established an architecture firm; early in his career, he was a disciple of modernism, and produced buildings such as the Hanselmann House and the Snyderman House based on the modern movement’s ideas. He was a member of the New York Five and gained academic recognition as a modernist architect with the publication of the group’s book “Five Architects” in 1973. The group, made up of Graves, Peter Eisenman, Charles Gwathmey, John Hejduk and Richard Meier, would eventually dissolve as each architect pursued new interests, but at the time they were united by their prioritization of architectural form. As Paul Goldberger wrote in The New York Times, “The men saw their mission as not to avoid social responsibility but to bring a level of seriousness, of gravity, to a profession that they believed had ceased to think in intellectual terms.” [1]

As his interests evolved, Graves began to explore the new realm of Postmodernism. In many ways a reaction to the modern movement, Graves’ postmodern works, which used vibrant colors and abstractions of distinctive elements from classical architecture, helped establish his identity as a designer. In 1982, Graves designed the Portland Building; Christopher Hawthorne of The LA Times describes the building as a landmark in Graves’ career, commenting that it is “widely considered the first built example of postmodern architecture, with the hints of a new approach visible in Graves’ early houses now used at large and insistent scale.” [2]

He designed the Denver Central Library as well as several buildings for Disney around that time; in 1986, he created the Team Disney Building, in Burbank, California, which combines historical architectural devices and Disney characters to create a unique aesthetic that radically diverges from some of his earlier buildings as a modernist. The Walt Disney World Swan and Dolphin Resort (1990) further emphasized an aesthetic derived from populist references. Even as Postmodernism began to fall out of public favor, Graves' more recent buildings such as the Museum of the Shenandoah Valley (2005) and the St. Coletta School (2006) continued to explore and refine his interests and signature brand of design.

Graves’ distinctive architectural designs also provided him with the opportunity to work as a designer in other fields. In 1985, he created the 9093 kettle for the Italian homeware company Alessi, and while designing the scaffolding for the renovation of the Washington Monument (2000) which was sponsored by Target, the company asked him to design a range of products for them. This developed into a long, fruitful relationship that allowed Graves to create a variety of inexpensive designs accessible to ordinary people. [3]

After becoming paralyzed in 2003 as the result of a spinal cord infection, Graves became interested in healthcare design. Yet another example of Graves’ desire to use design to improve the lives of ordinary people, the architect spent a significant portion of the final years of his career researching and designing for the healthcare field, even being appointed by the Obama administration to work as part of the Architectural and Transportation Barriers Compliance Board in 2013. Graves also took steps to ensure that he could bring design to the masses for years to come by working with Kean University in New Jersey to establish the Michael Graves School of Architecture.

Graves accumulated a variety of awards over his career; he became a Fellow of the American Institute of Architects in 1979, was awarded the AIA Gold Medal in 2001, and won the Driehaus Architecture Prize in 2012—but he designed not for awards but because he believed in the power of his work to create positive change. In a memorial to his life and work, Graves' firm described his devotion to design and architecture, and note that they aspire to carry on his legacy in future projects:

"Of all of his accomplishments, Michael often said that, like his own family, his proudest creation was his firm. As we go forward in our practice, we will continue to honor Michael's humanistic design philosophy through our commitment to creating unique design solutions that transform people's lives." [4]

See all of Michael Graves' work covered on ArchDaily via the thumbnails below, and more coverage via the links below those: 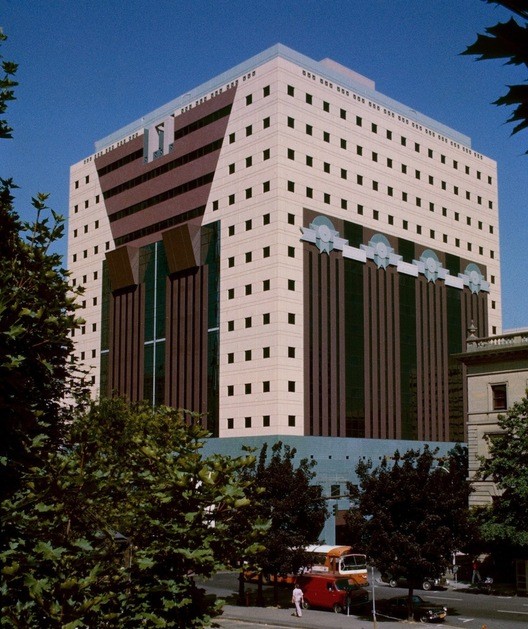 "A Joy of Things": The Architecture World Remembers Michael Graves

Democratizing Design: Michael Graves' Legacy On Display in the "Past as Prologue" Exhibition

Opinion: Why Michael Graves Should Have Won the Pritzker

Michael Graves on Discovering Architecture, the Rewards of Practice and the Most Important Element of Design

Michael Graves School of Architecture to Open in 2015