Save
Opinion: Why Michael Graves Should Have Won the Pritzker
Share
Or
Copy

In March of this year, two of the world’s great architects died in the same week. The coincidence was unusual not because of the similarities between these two men - the advanced stage of their careers, their age and relative success - but because of the marked differences. In the few days between their mutual passing, one of the two was awarded architecture’s highest medal, the Pritzker Prize. This year’s winner, Frei Otto, had been notified of his triumph in the months prior to his death. Someone you might call his alter ego – stylistically that is – the late, great Michael Graves, died shortly after the prize was awarded to Otto.

Otto was a leading light of a particular strain of European modernism, whose most lauded works were mainly completed in his youth; on the other side of the pond, Michael Graves ran a busy commercial practice with more than 350 completed buildings, but was reviled by some for his revisionist, classical style. 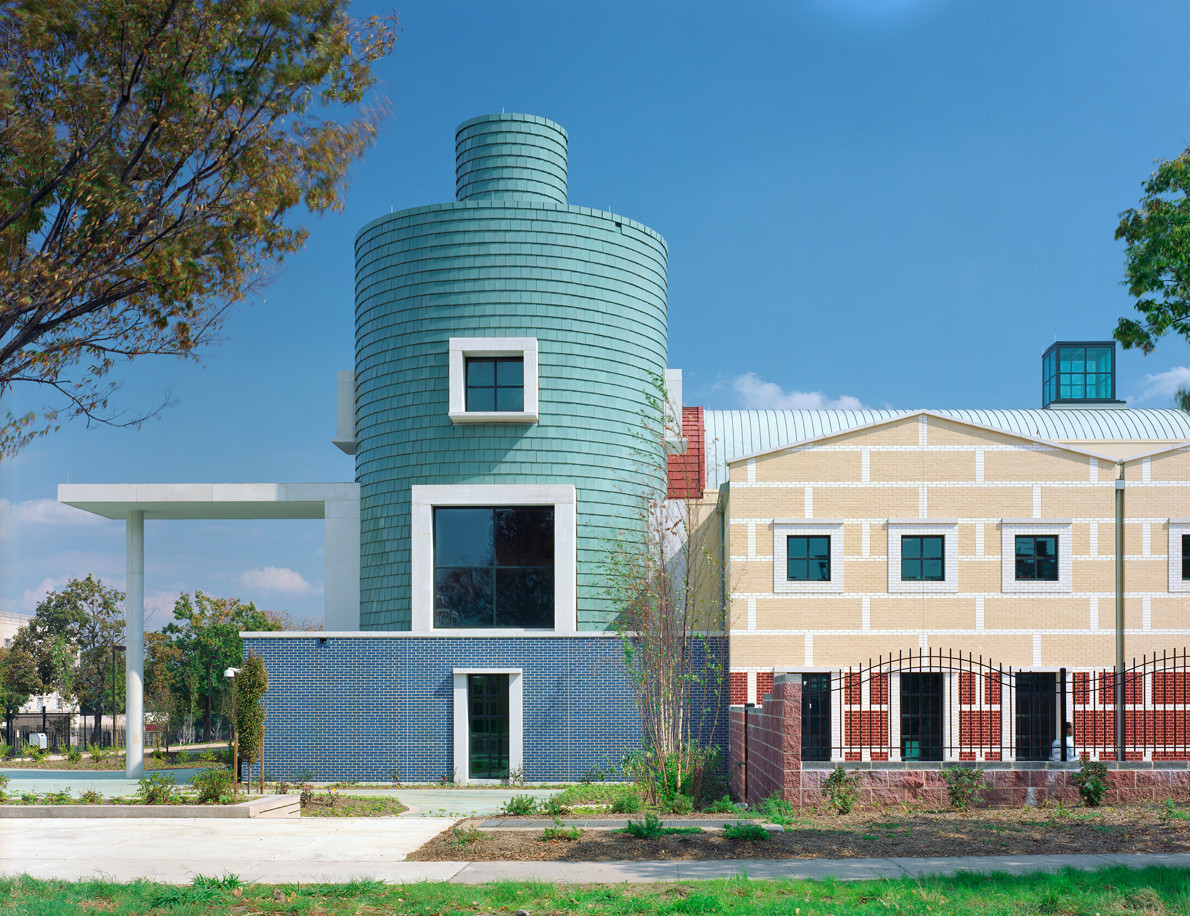 Personally, I’m not a fan of Michael Graves' work. Yet still, I believe this year’s prize jury has missed a trick in not recognizing the enormous and lasting influence the American architect has had on design culture. The announcement in March that the Pritzker Prize was given to Frei Otto suggests that the prize is awarded based on an architect’s “legacy”, as assessed by the architectural community and previous winners, both of which are represented in the jury. Indeed, it’s been said that past Pritzker Laureates Renzo Piano and Shigeru Ban both pushed for Otto to win due to their belief in his influence. Clearly the Pritzker is not meant to identify emerging architects, as many competitions and other awards do; rather, it's a lifetime achievement award, the mother of all awards that is given to confirm that an architect’s career has already been a success, and that he or (very occasionally) she will leave a lasting influence on the world of architecture.

Otto was known for his structurally daring, materially innovative tensile structures, vast canopies which he used to span major sporting event venues – such as those for the 1972 Munich Olympics – among other temporary and lightweight structures. We may have become used to these kinds of structures, but the sheer scale and elegance of them is hard to ignore. Michael Graves on the other hand, ran a design factory, designing everything from products to urban plans, and working for everyone from Disney to the owners of Manhattan’s most expensive addresses. It’s almost a surprise that Graves wasn’t honored with the Pritzker years ago, given the wide applicability of his style across a range of building types: surely a way to maximize influence.

But which of the two has the greater legacy? I’m inclined to say Graves. While his postmodern style, first made famous in the Portland Building of 1982, has mostly been dropped by today’s architecture critics and students as a joke, his legacy continues to influence the wider design world and the mass of non-architectural construction that powers on beyond the influence of the design press.

Drive through any suburb in Germany, France, Britain or America, to name a few, and you’ll find a multitude of houses inspired not by the sweeping canopies of Otto’s tents, but by the superficial colors of Graves' work. These houses suggest that a certain kind of person, whoever he or she may be, has determined to make something that many architects would consider ugly. Ugly buildings, like those of Michael Graves, are everywhere (see Hans Coudenys' Ugly Belgian Houses blog, for example). They're an inevitable, cultural effect of people's desire to be different. The philosophy of self-determination embodied by “ugly architecture” only became mainstream in pop culture in the 1970s and 80s, precisely when Graves' work was most appreciated.

It’s the way in which Michael Graves' style of ugly picked up on a wider political, philosophical and cultural trend of “being different”, in reaction to classic modernism, for which he should be commemorated, and for which he deserved the Pritzker Prize. Even a onetime collaborator of Otto, the German Architect Mahmoud Bodo Rasch, has bitten the bullet and designed the wild, raucously post-modern Arab-fairytale eruption of the Abraj Al Bate Towers in Mecca. This is the architecture that many people seem to want, rather than the technically virtuoso, engineer’s “architecture for architects” of Frei Otto. Picking up on the ideas of Robert Venturi and Denise Scott-Brown’s “Learning from Las Vegas” and later books, Graves is the only American architect who really developed the American vernacular in large-scale buildings. In working with Disney, he found the perfect partner to realize his temples to American aesthetics, and as much as we look down on these today - however out of fashion they may seem - there is something naively genuine about these buildings and their blatant populism to some American consumer, whether real or imagined.

Admittedly, the recent design by BIG and Thomas Heatherwick for Google’s Headquarters in Mountain View signifies a rare win for the Frei Otto camp, and its release seemed aptly timed with the prize’s announcement just two weeks later. But Otto’s influence, similar to that of Buckminster Fuller, remains limited to vast cathedral-like structures built to defy gravity, rather than your neighbor’s house. On reflection, I hear that Portland is really nice these days, despite what many, locals and onlookers alike, consider to be the utter ugliness of its eponymous building. I wonder if they’ll say the same thing about Mountain View, after Bjarke Ingels and Thomas Heatherwick are done with it.

Ironically enough, Michael Graves was amply awarded for his work and legacy in the end – monetarily speaking at least. In 2012, he received the $200,000 Dreihaus Prize, double the amount of the Pritzker, which is given to architects of traditional and classical architecture. In 1987, The Chicago Tribune said of Graves that his work would be forgotten by the history books; and it might seem that despite this enormous cash prize, Graves could be forgotten because “he didn’t win the Pritzker.” This year though, a Michael Graves School of Architecture will open which will prioritize hand drawing over the use of computers, with campuses in New Jersey and China. Indeed, thousands of houses are probably being built in his image all over the world at this very moment. It seems that Graves will have a legacy after all.

Lachlan Anderson-Frank is a writer focused on design, architecture, the city and the future. He trained as an architect, and currently works in communications at MVRDV in Rotterdam. His views do not necessarily represent those of ArchDaily.