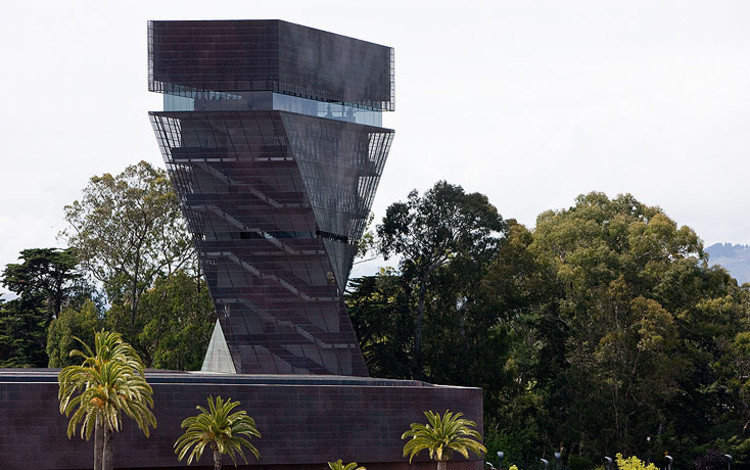 Text description provided by the architects. The M.H. de Young Memorial Museum by Herzog & de Meuron is a remarkable revival of a building that no longer exists. The original museum, which opened in 1895, was an outgrowth of a fair modeled on the Chicago World’s Columbian Exposition the previous year known as the California Midwinter Internation Exposition of 1894. Located in the sunny San Francisco, California, the museum was formerly named for one of the city’s newspapermen M.H. de Young. The old museum was a bulky structure decorated with concrete ornaments, which began falling off the building and became hazardous, leading to their removal in 1949. The building was completely destroyed, however, in 1989 by the Loma Prieta earthquake.

Unlike the old museum, the new design consists of a bold striking structure that is as much part of the exhibit as the art it contains. A visitor’s experience begins from outside of the museum. The landscape was designed to create a pleasant, functional environment that would allow visitors to enjoy California’s welcoming climate. Specific features are a public sculpture garden, a terrace beneath a cantilevered roof, and a children’s garden. The rest of the landscape design focuses on creating a link between the building and its surroundings through historic elements from the original de Young Museum that include original palm trees along with the Pool of Enchantment and sphinx structures that have been standing since the opening of the 19th century museum.

Known for their experimentation with materials in their designs, Herzog and de Meuron contributed a modern structure that allows original artifacts to remain, works successfully as a museum, and is a monument in its area just like the original museum. Their choice of natural materials, such as copper, wood, stone, stone, and glass allows the design to become part of the land it occupies. The landscape design includes pathways that lead into the four entrances of the museum, allowing visitors to enter from any side of the building. Inside, wood flooring and finishes create a warm atmosphere that lead visitors from room to room. Large ribbon windows continously remind art lovers of their exterior surroundings, blurring the lines between inside and outside.

Most interesting of all was the choice for the exterior of the museum. Herzog & de Meuron intentionally chose a copper facade which would slowly become green due to oxidation and therefore fade into its natural surroundings. The facade is also textured to represent light filtering through a tree.

Finally, the design becomes a monument on the skyline, rising 144 feet with a tower that twists from the ground to the sky where it aligns with the grid formed by the streets of the nearby neighborhoods. At the top an obvservation floor provides views of the Bay area. The tower’s dramatic twist in its center is a bold statement both close up and from a distance, and is a distinguishable modern monument that honors the history it was designed to represent. 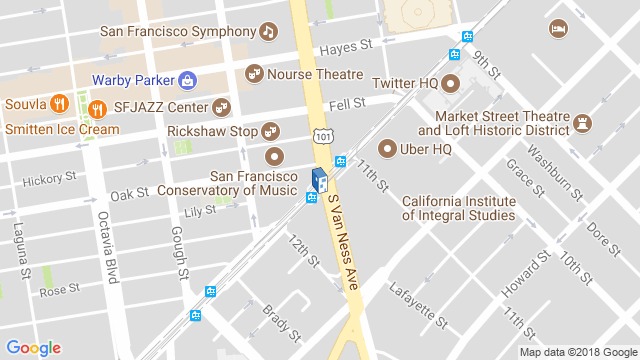 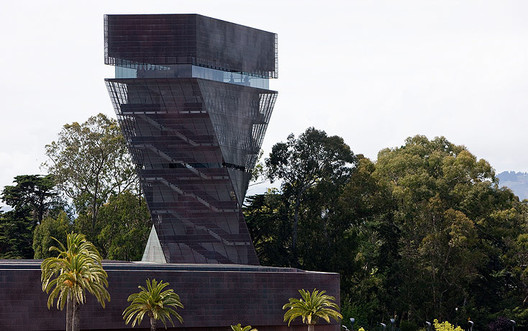