As one of the leading minds of art-nouveau in the UK, Charles Rennie Mackintosh (7 June 1868 – 10 December 1928) left a lasting impression in art and architecture. With a surprisingly brief architectural career, Mackintosh managed to stand out at the international level in art and design with his personal style known as the "Mackintosh Rose" motif. Born in Glasgow in 1868, Mackintosh is known for his play between hard angles and soft curves, heavy material and sculpted light. Though he was most well-known for the Mackintosh Building at the Glasgow School of Art, Charles Rennie Mackintosh left a legacy of architecture-as-art that transcends the Glasgow school and exemplifies trans-disciplinary architecture. 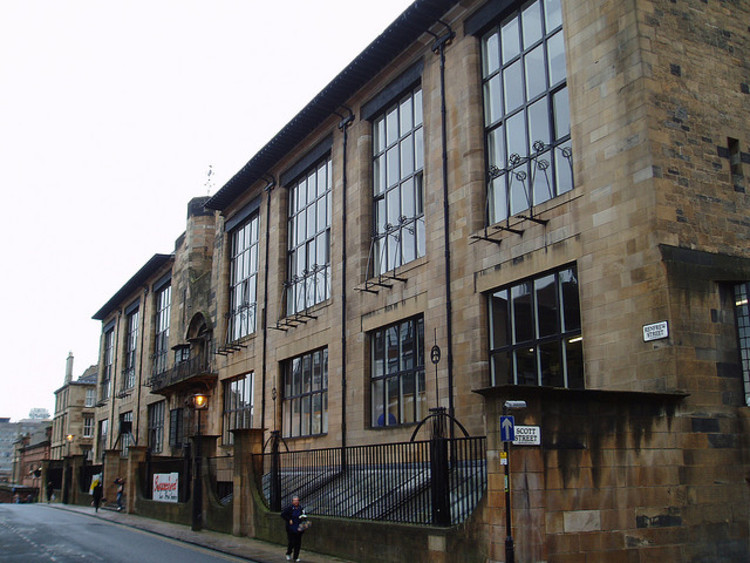 Born and raised in Glasgow, Mackintosh was the second winner ever of the Alexander Thomson Travelling Studentship, established to encourage students to study the fundamentals of classical architecture. He began his architectural career at the Scottish firm Honeyman and Keppie, where he later became a partner. In his time with the firm, Mackintosh developed his style which would be later associated with early modernism, art-nouveau, and Japonisme, the Western integration of Japanese art forms.

Mackintosh’s design was a result of multiple influences prominent in Scotland at the end of the nineteenth century. Glasgow was one of the main production centers of the Industrial Revolution, and brought with it many modernist ideas of efficiency and utility. At around the same time, Japan had softened its mandate of isolationism. Charles Rennie Mackintosh was inspired by the ideas of Japanese design brought by eastern engineers and sailors to Glasgow. As Mackintosh designed the Glasgow School of Art, he stood at the confluence of these two influences: modernism with its functional and practical goals, and eastern mindsets that led him to believe architecture was meant to be calming and organic.

While Mackintosh spent the majority of his architectural career on the design and development of the Glasgow School of Art, he also designed other prominent buildings in the UK. Works such as the Queen's Cross Church and the Scotland Street School reflect an industriousness which he integrated into artistic form. Mackintosh used these works as means to craft his own style: referred to as the Mackintosh Rose motif, he would play hard angles against soft curves, while adorning space with light and shadow rather than elaborate ornament or monumental expressions.

After roughly fifteen years of professional architectural practice, Mackintosh then focused the majority of his adult life on exploring unbuilt ideas and painting with his wife and friends. Mackintosh's "House for an Art Lover" examines the collaboration between art and architecture.

The majority of Mackintosh’s architectural practice was supported by his wife Margaret Macdonald with whom he had studied at the Glasgow School of Art. Her mind was often responsible for the artistic flourish that became so integral to the aforementioned Mackintosh Rose motif. In his time as a professional architect, Mackintosh worked with his wife to design buildings ranging in use from residential, to commercial and religious.

Of all his works though, the Mackintosh Building at the Glasgow School of Art is considered by many as one of the most substantial artistic works in the UK, completed in two parts—the first in 1899 and the second in 1909. When fire struck the Mackintosh Building in 2014, firefighters were able to save enough of the building to legitimize a restoration initiative. The School of Art is one of Mackintosh's many works in which he emphasized the sculpting of light and experience through the framing of space, with materials such as stone, steel and stained glass.

Learn more about the Mackintosh Building at the Glasgow School of Art since the fire of 2014, here:

Fire Breaks Out at Glasgow School of Art 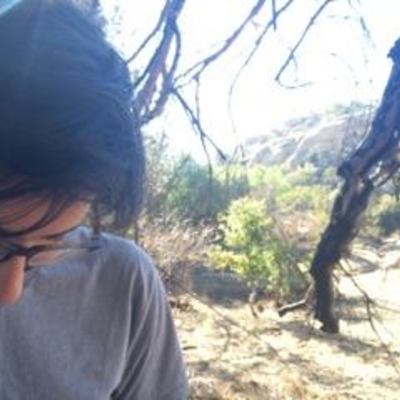 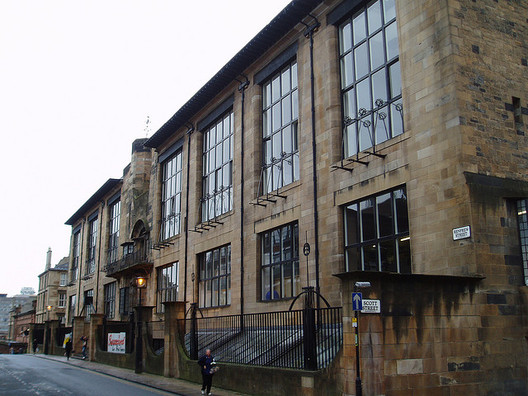