One of the most enigmatic and underappreciated architects of the 20th century, Carlo Scarpa (June 2, 1906 – November 28, 1978) is best known for his instinctive approach to materials, combining time-honored crafts with modern manufacturing processes. In a 1996 documentary directed by Murray Grigor, Egle Trincanato, the President of the Fondazione Querini Stampalia for whom Scarpa renovated a Venetian palace in 1963, described how "above all, he was exceptionally skillful in knowing how to combine a base material with a precious one." 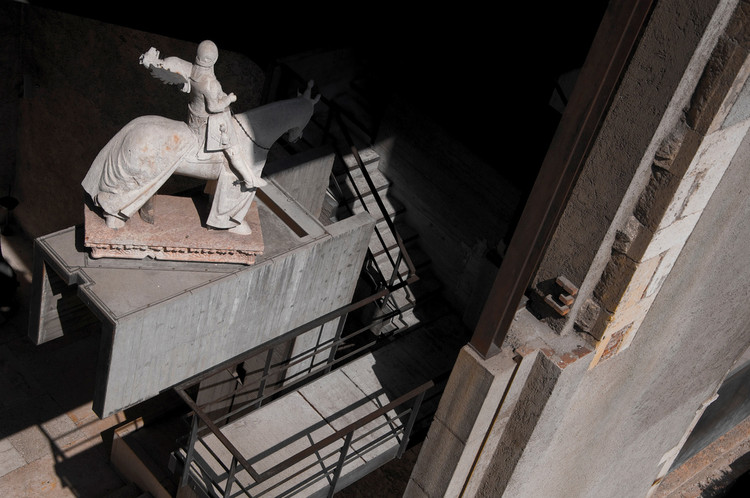 Born in Venice, Scarpa spent most of his early childhood in Vicenza, before his family moved back to Venice after the death of his mother in 1919. Scarpa studied architecture at the Royal Academy of Fine Arts in Venice, and from 1932 until 1947 he was director of the Venini Glassworks. It was here that he first displayed his appreciation for craft, often working with the Venini glassblowers late into the night to perfect new designs.

It was not until after World War II that Scarpa began to be recognized internationally for his architecture. This recognition led to a series of commissions in and around Venice—many of them involving the renovation of existing buildings, which became something of a trademark for Scarpa. Perhaps most famously, Scarpa's renovation for the Museo Castelvecchio completed in 1964 carefully balanced new and old, revealing the history of the original building where appropriate. A revelation at the time, this approach has now become a common approach to renovation, perhaps most notably exhibited by David Chipperfield's Neues Museum.

Scarpa's attention to detail is almost unmatched among modern architects. His appreciation of craft often led him to revel in the smallest of details, for example the brass supports under the stairs at his Olivetti Showroom, or the "viewing device" at the Brion Tomb and Sanctuary, which focuses the user's gaze in the direction of the town of San Vito d'Altivole by means of a small metal element embedded in a vertical slit in the concrete wall.

This Concrete Furniture Hardware is Inspired by Carlo Scarpa's Architecture 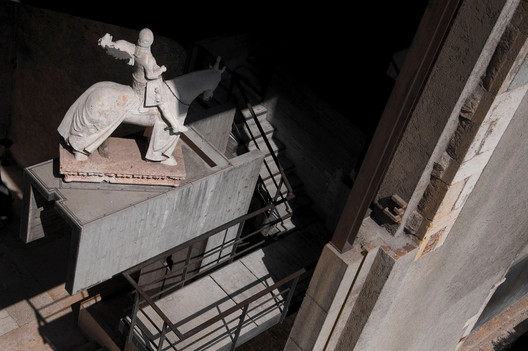