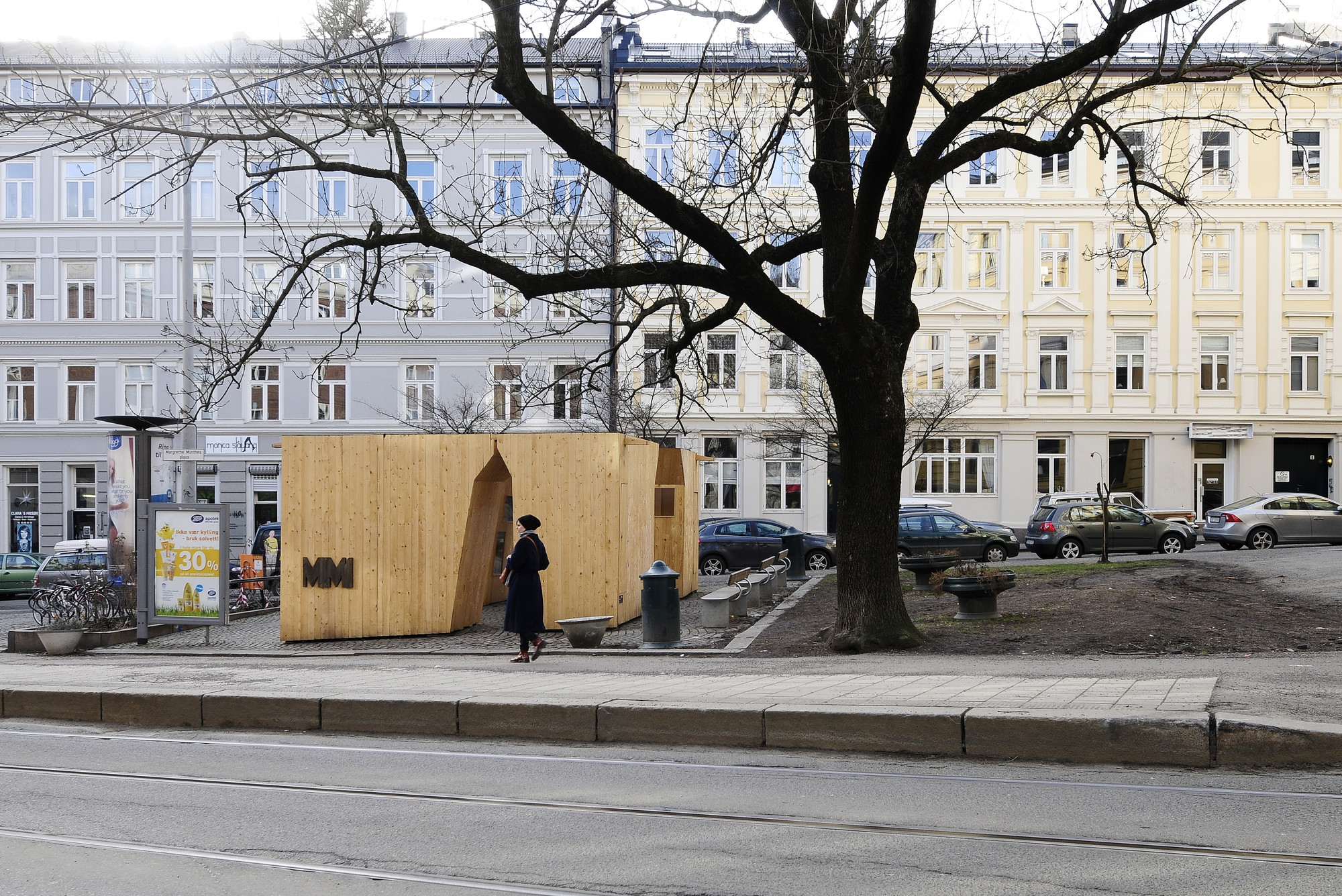 Text description provided by the architects. The exhibition room was designed and built during a two week workshop with students from the Oslo School of Architecture and Design (AHO) as a part of a larger urban intervention programme for the Therese street in Oslo where the aim was to test out scenarios for further development in the area.

The site is Margrethe Munthes plass, a triangular square in the intersection between the busy Therese street and Sten street, a quiet residential street running partly parallel to Therese street. The square is an important hub in the area with a tram stop, citibike-parking and a recycling point for the neighborhood households. As many of these functions are run by international media companies, the square has become dominated by large advertisements and commercial posters leaving much of the natural beauty of the spot in the shadow. Our aim was therefore to revitalize the space with an activity which could function as a counterpoint to the prevailing loudness and the visual chaos.

After a period of research into the demographics, it became more and more apparent that with a high density of visual artists, architects and cultural workers it would be natural to focus on cultural activities and visual art in particular. The proposal to do an open gallery space was well received by the municipality and the visual artists who were first approached with the idea. During the late summer of 2014 the exhibition program was completed and the design-make workshop could begin.

The exhibition room consists of four cabinets for displaying contemporary art to the general public. By dividing the exhibition into four volumes, the pedestrian traffic could continue to pass through the square. The in-between area would then function as an interior courtyard with the canopy of the large chestnut tree as a roof. The exhibition itself is oriented towards the courtyard, leaving the outside pass through . 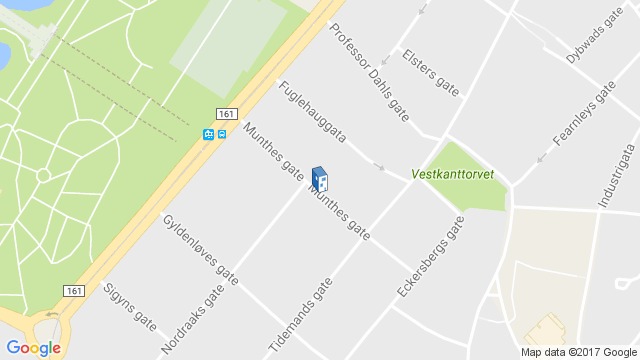 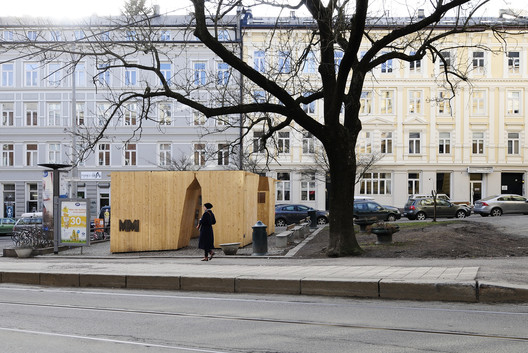