In the annual Sukkahville design competition in Toronto, entrants are challenged to reimagine the sukkah, a structure that the competition organizers describe as a "symbolic wilderness shelter, symbolizing the frailty and transience of life," traditionally built during the Jewish festival of Sukkot to commemorate the 40 years that the Jews spent wandering the desert. For the 2014 competition, New Jersey-based graduates Michael Signorile and Edward Perez created "Reflect.Reveal.Rebirth," a structure that responds to this challenge to create a transient space for contemplation by utilizing a biodegradable skin. 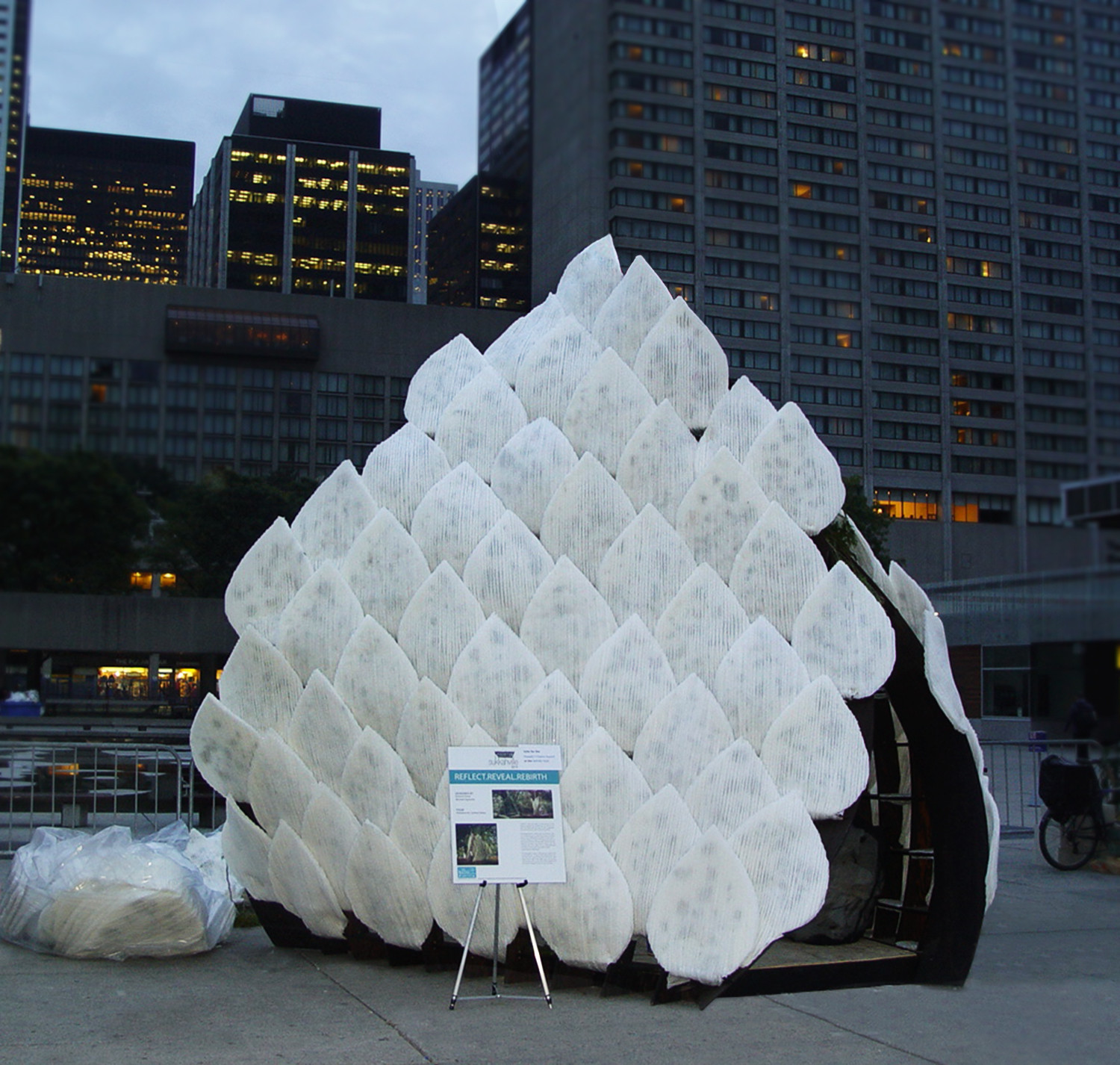 Signorile and Perez describe the purpose of a Sukkah as "a transient space, where one goes to transcend their spiritual capacity. A Sukkah is time-less structure that comes and goes at the user’s discretion." With these principles in mind, the duo proposed a Sukkah that connects its users to nature, both through its naturally-inspired, "flowering" form which tapers to give visitors a view of the sky, but more importantly through the structure's cladding, which is made of a corn-based foam which dissolves when it comes into contact with water.

This design element creates a tension between the structure's temporary exterior and its solid, permanent structural ribs which adds an extra dimension to the supposed transience of the space. In the words of the designers, though it is up to the people that use it to dismantle their Sukkah entirely, the external appearance "lets nature decide when the sukkah needs a palette cleanse," as users must replace the foam cladding after it disintegrates in the rain.

The form of the Sukkah was created and refined using Grasshopper and Rhinoceros, in order to create the most efficient covering of the structure and reduce the material costs while the structural ribs were then cut using a CNC miller in such a way that they slot together.

Sandwiched between layers of the foam skin, leaves and grasses moderate the foam's translucency, providing a dappled pattern on the interior and adding to the sense of connection to nature by protruding from the edges of the panels. In order to provide a seamless connection between layers of the the corn foam, the designers used precise amounts of water to partially dissolve the foam, creating an adhesive effect that served to hold the skin in place.

"This project creates a dialogue between installation architecture and the permanence it can have," explain Signorile and Perez. "By using a material such as biodegradable corn foam, people can understand the implications of using unsustainable materials and where they go in their second life."