Beginning his career in Czechoslovakia, where he studied at the College of Applied Arts and Architecture and Design in Prague, Kaplický fled to London in the wake of the 1968 Soviet invasion of Czechoslovakia and soon found himself working on the design for the Pompidou Centre under Richard Rogers and Renzo Piano. Moving to Foster and Partners after Rogers and Piano relocated to Paris, he later set up Future Systems in 1979, producing intricate and outlandish drawings of orbiting robots and homes transportable by helicopter.

For the first decade of Future Systems' existence these fantastical plans did not drive commissions for actual buildings, but built projects in the 1990s—including the 1994 Hauer-King House—supplied ever-increasing amounts of attention to Kaplický's elegantly radical projects, culminating in the Lord's Media Centre in 1999 and Birmingham Selfridge's at the Bullring Centre in 2003, the ultimate rejoinder to what was then Birmingham's reputation as a decaying concrete jungle.

Where other practitioners of high-tech and futuristic architecture have been accused of moderating their radicalism as they became increasingly commercial, Kaplický built on the media attention these projects gave him to propose and build a series of buildings just as outlandish or seemingly impractical as ever, including the Museo Casa Enzo Ferrari in Modena. Sadly, his proposal for the Czech National Library in 2007—his first major project in his home country—was viewed as a step too far, and met with fierce opposition from the public and political class. He died without seeing it commissioned. 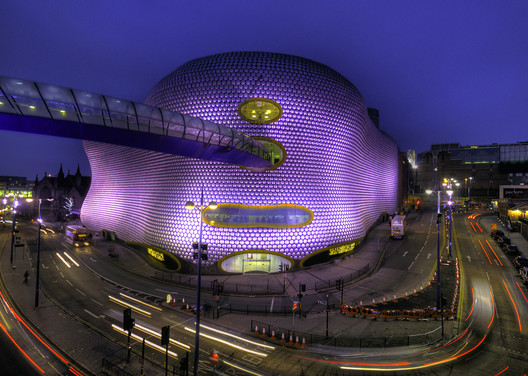