Nearly 100 architects, designers, and consultants have been developing designs for a competition for the new government quarter in Oslo. Drawing an initial 24 entries, the intent of the competition was to generate viable solutions for the future relocation of all government ministries (excluding the defense ministry), emphasizing an urban atmosphere and public elements. In the six shortlisted proposals from both local and international firms, including BIG, Snøhetta, and MVRDV, the themes of building tall and introducing green space emerged.

Now a ten-member committee of industry professionals will assist Statsbygg, the public construction advisers collaborating on the government's behalf, with the evaluation of each design. Take a look at the six proposals after the break. 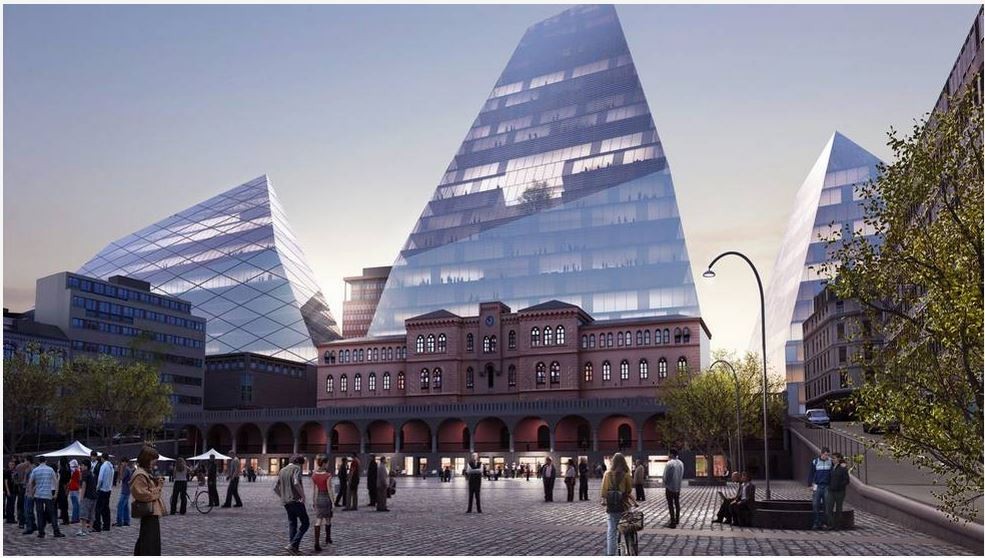 Rising above the city, this plan relies on three climbing towers housing the administrative functions and reorganization of the site for improved accessibility. At the ground level, the structures maintain a public element through the insertion of open urban spaces.

Similarly, this proposal employs distinctive pyramidal towers within a vast public park to contrast the historic character of the area. The scheme consists of three towers of varying heights, the tallest reaching 105 meters.

Paying homage to its iconic surroundings, this design houses the government ministries in a series of towers that aim to complement the area. Before the towers, an extensive garden provides space for public interaction, in addition to a smaller, isolated rose garden.

Centered around the government functions, a number of office buildings define the quarter's perimeter. Atop the offices, space is allocated for public rooftop gardens with unparalleled views of the city, while a private garden lies in the center of the office ring.

Consisting of multiple towers housing the administrative functions and the Prime Minister's office, this plan establishes an extensive government park while allocating space for a memorial of the July 2011 attacks in Norway.

Creating a space for multiple activities for employees and the public alike, this scheme dissolves the facilities through dynamic open facades.

Upon receiving the six designs, local government and modernization Minister Jan Tore Sanner clarified that a mixture of features from the submitted proposals will be realized in the next stages of development to best incorporate accessible urban spaces within the government quarter.

To vote for your favorite proposal, visit osloby.no.

Story via osloby and Aftenposten