Warsaw-based firms KAMJZ and Kurylowicz & Associates have shared their proposal for an office building in Poland, as part of the Gdańsk Central Business District Development Strategy. Centrally located at the interchange of several arterial roads and public transit routes, the complex will house a mixed-use program combining office spaces with retail, leisure, sport, and civic functions. 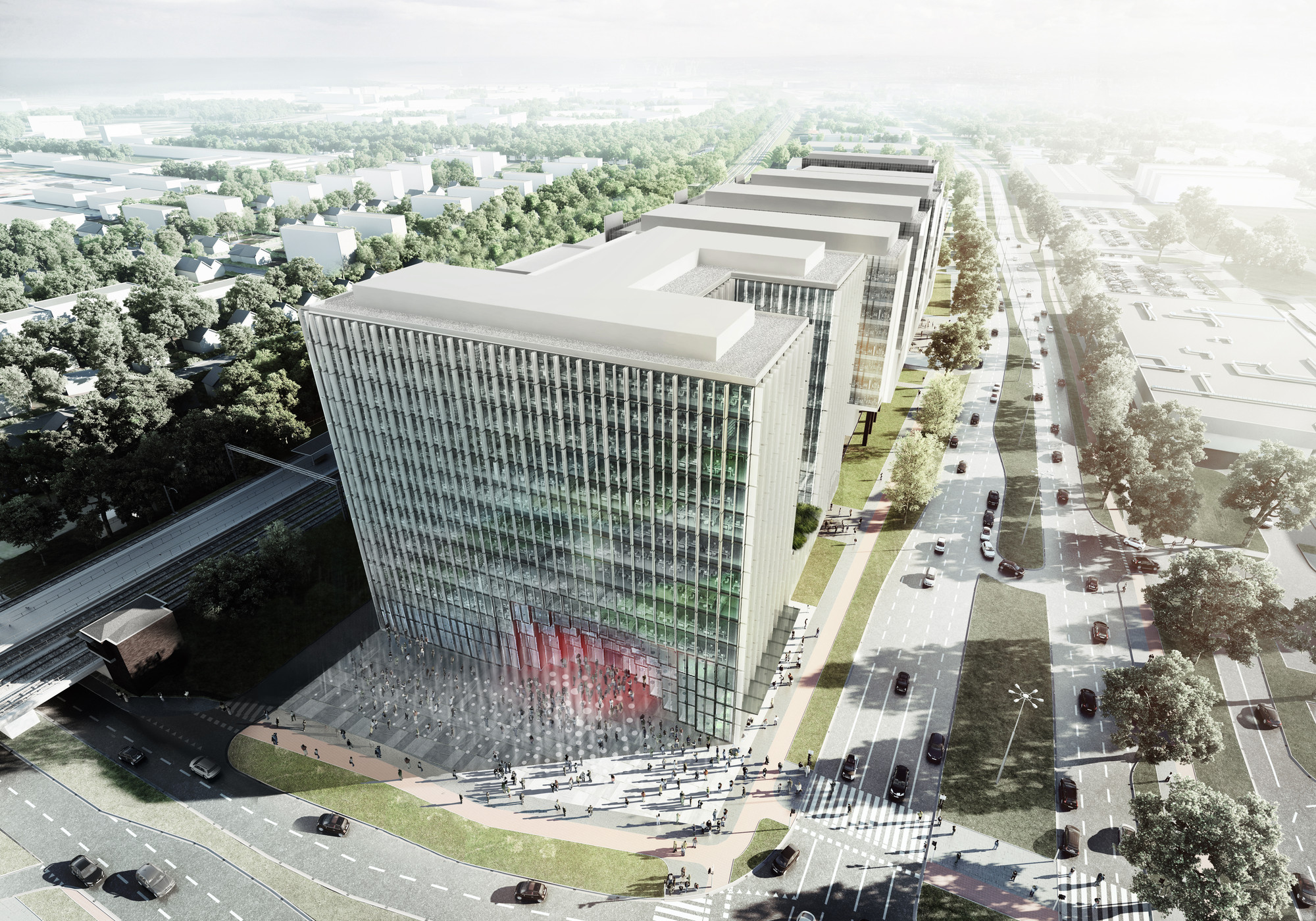 Taking the form of the letter "H', the development will sit atop a rectangular podium containing four levels of parking which will service the office spaces above. Occupants will enter the building at the intersection of two adjacent major roads, following the traversal of an outdoor plaza equipped with seats and fountains.

By connecting the building to existing heavy-traffic circulation routes, KAMJZ and Kurylowicz & Associates are able to create a building whose function doubles as an office and civic space. Catering for office workers, pedestrians, and students from the nearby university campus, the building's street level will offer general access stores, service points, and eateries. A bistro on the fourteenth floor will open onto to an observation deck, allowing views of the surrounding city.

Each of the building's ten office floors will have an average area of 2500-square-meters, and accommodate multiple tenants. The distinctive "H" shaped floor plan assumes what the architects describe as "the most functional layout with one core for vertical communication". The focus on efficiency is extended to the building's sustainable design components, which include solar panels, green roofs, water recycling facilities, and reflective cladding materials. The building's facade, comprised of vertical metal profiles in varying grades and thicknesses, provides shading for the copious glazing, and doubles as an acoustic barrier against nearby railway and street noise. 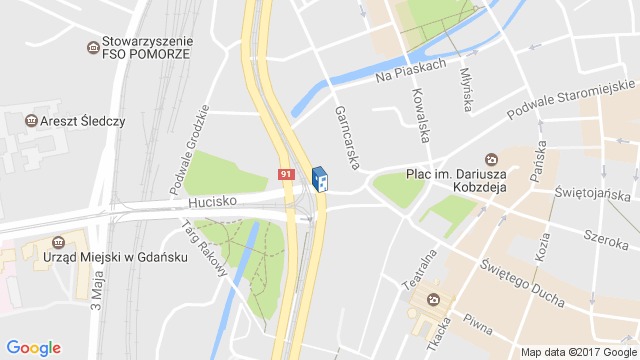