Save
The Robot Revolution: Coop Himmelb(l)au Founder Wolf D. Prix on the Future of Construction
Post by ArchDaily.
Share
Or
Copy 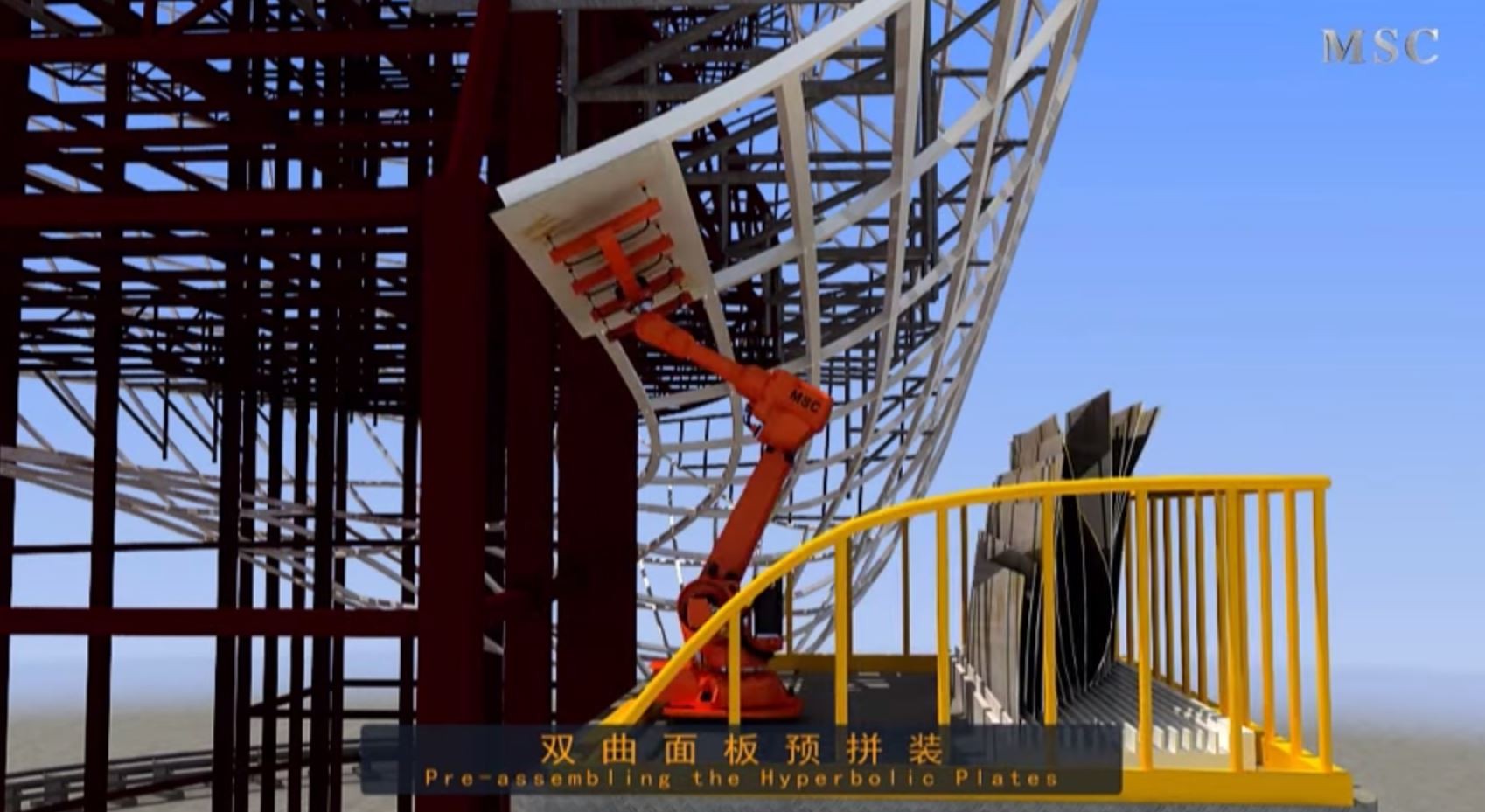 The video itself reveals the process as it could be applied for the Museum of Contemporary Art and Planning Exhibition in Shenzhen’s new urban center, the Futian Cultural District. According to the architects, “the project is conceived as the synergetic combination of two institutions, the Museum of Contemporary Art (MOCA) and the Planning Exhibition (PE), whose various programmatic elements, although each articulated according to their functional and performative requirements, are merged in a monolithic body enveloped by a multifunctional façade.” The museum will include large public gathering spaces and an indoor “public plaza” to serve as a circulation hub for visitors. But what is perhaps most intriguing about the project is their plans for extensive automation of the construction process to achieve the complex sinuous forms of the structure.

Obviously, such a radical proposal is sure to spark debate as the automation of the construction industry would have widespread economic and societal effects. However, as demonstrated by the first assembly lines in the car industry, machines will always be more cost effective and economic necessity will trump ethical concerns of eliminating jobs. In this way, technological advancement for economic progress is inevitable and could have real impacts on architecture as well. With the recent innovations of digital fabrication comes the danger of a new kind of mass-produced architecture, but by preemptively taking ownership of this technology and using it to their advantage, architects have the opportunity to respond appropriately to a process that could otherwise produce mundane, repetitive buildings that don’t respond to their context.

Elaborating on these ideas, here are Wolf D. Prix's thoughts on five of the topics we discussed in our interview last week:

On the project as a whole:

I think this will be the first building which is built by robots, only by robots. From the production of the elements in the factory, up to the construction of the real building, only by robots. If this takes place on a global scale, it will spark a revolution in an industry which has remained largely the same for 5000 years.

The architect must think about the consequences of this technological revolution. A serious point of discussion in the near future will be the fact that builders could be out of work once their jobs are replaced by machines.

On the advantages of automated construction:

There are simultaneous advantages and disadvantages to this technique. These robots are steered by a building information modeling system and one advantage is that it is much faster, eight weeks instead of eight months.

For years, we have been interested in a unique kind of architecture. Namely, in creating identifiable buildings with gestalt. [Through this technology] we can build in an efficient and low cost way - so the people that say our buildings are too expensive, they’re wrong.

On whether proposing this construction method would have been more difficult in another country:

The fact that a large Chinese company is experimenting with these methods in a country with already low wages, indicates that the Chinese construction companies want to move to the western hemisphere and introduce these really efficient construction methods in our countries as well. If they succeed, it could bring about a big revolution in the daily work of the construction field.

We tried to convince building companies in the western hemisphere to use this method, we tried to introduce this method in the cladding of Lyon [the Musée des Confluences]. They were lazy, they said, “we don’t need it, we don’t like it, it’s too expensive to investigate.” Sooner or later, Chinese companies will do it and will buy all of the stupid, slow building companies in Europe. It will happen sooner or later.

On design and architectural form through automated processes:

First is always the design, and then we are looking for the right method to make it real. The concept becomes a reality through the method that allows us to maintain our original concept. This is not a technical issue, it is an issue of gestalt and how we can get this form. We are not discouraged by “oh we cannot build it.” On the contrary, we see this as a challenge.

I think our sustainability as architects depends on us developing a new issue. [We should focus our efforts] on creating a new aesthetic issue for buildings, cities, and society. It is not worth it to 3D print buildings as a block or a cube. That is stupid. It is not worth thinking about using robots to build regular buildings. The chance here is to use fantastic new digital, parametric, and aesthetic issues for buildings.

We tried to prove that our buildings could be built more effectively, more intelligently, and cheaper than the regular, stupid, uninventive buildings. We have been looking for this method for years, and now, because of new computer languages and technologies we are able to fulfill our promise.

On the future of young architects:

This is what architecture should think about, not talking about clay and the climate inside the building - this is important as well, but the much more important thing is to consider how society will react to the proposals we are doing, and how we can solve complex problems with complex solutions. Young architects have to throw the boomerang far away, and relate what the boomerang will hit and how it will come back. This is the next step in the development of education in architecture.

The next revolution in architecture will come, and that will destroy all the 5000 years of thinking in bricks. Whether we want it or not. Money is always stronger. If we cannot get a grip on the flow of money [If we cannot make ourselves economically viable], then we are lost. If we are able to take advantage of this, then we will win, then architecture will win.