Chilean architects Archiplan and international office Architects of Invention have unveiled their concept design for a new public plaza in Santiago. Prepared as a competition entry, the proposal is a tribute to the late Chilean architect Fernando Castillo Velasco, sited in front of his iconic Tajamar Towers.

Entitled "Origami Highline," the project draws inspiration from the ancient Japanese paper folding craft of origami and takes the form of a sculptural intervention in Balmaceda Park. 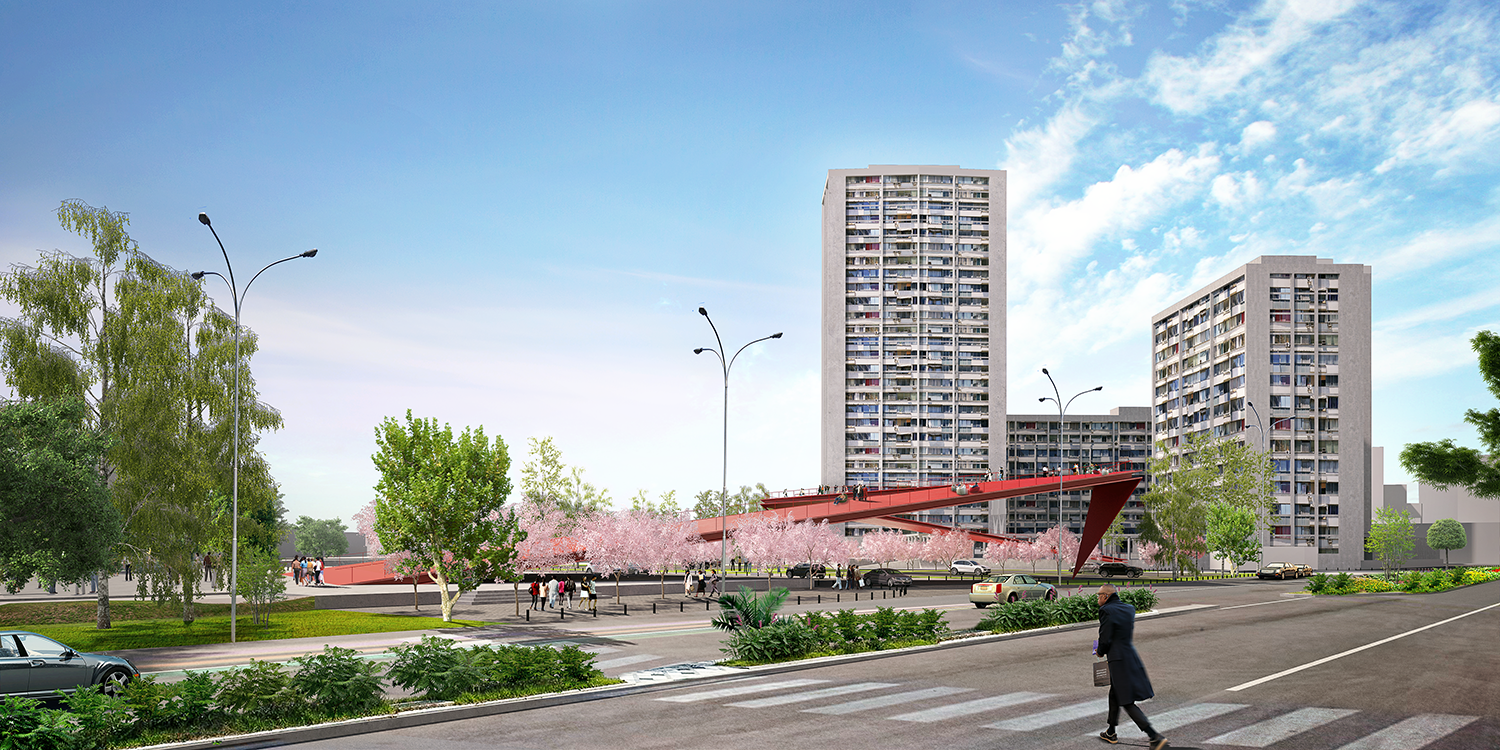 The design team describe the intervention as "a raised leisure area and connection bridge... resonating with Tajamar Towers, and bringing the territory into one whole." A single plane of red timber is folded three times to create a structure that is both functional and decorative, allowing pedestrian flow between the park and surrounding areas. Linking Tajamar Towers to the adjacent park, the design parallels James Corner Field Operations and Diller Scofidio + Renfro's High Line, creating "a raised space with benches and other street furniture... a first-floor-level park." The leisure area and bridge would also accommodate open air concerts and skateboards, whilst providing a vantage point for views of the city, Mapocho river, and fountains.

Conceived by Architects of Invention and Archiplan as an urban and landscaping project as well as an architectural intervention, Origami Highline, if realized, would see the planting of 200 Sakura trees within the existing park. It is envisioned that the "delicate" trees would act as an "appealing and graceful" counterpoint to the rigidity of the Highline itself, and add a seasonal dimension of visual depth.