Skidmore, Owings & Merrill’s Broadgate Exchange House (1990) in London has been announced as the 2015 recipient of the American Institute of Architects’ 25-Year Award. The first UK project to ever win the award, the ten-story Exchange House was commended for “standing the test of time” with its “simple yet ingenious structural system that unifies design and function in the mid-century Modernist tradition.” 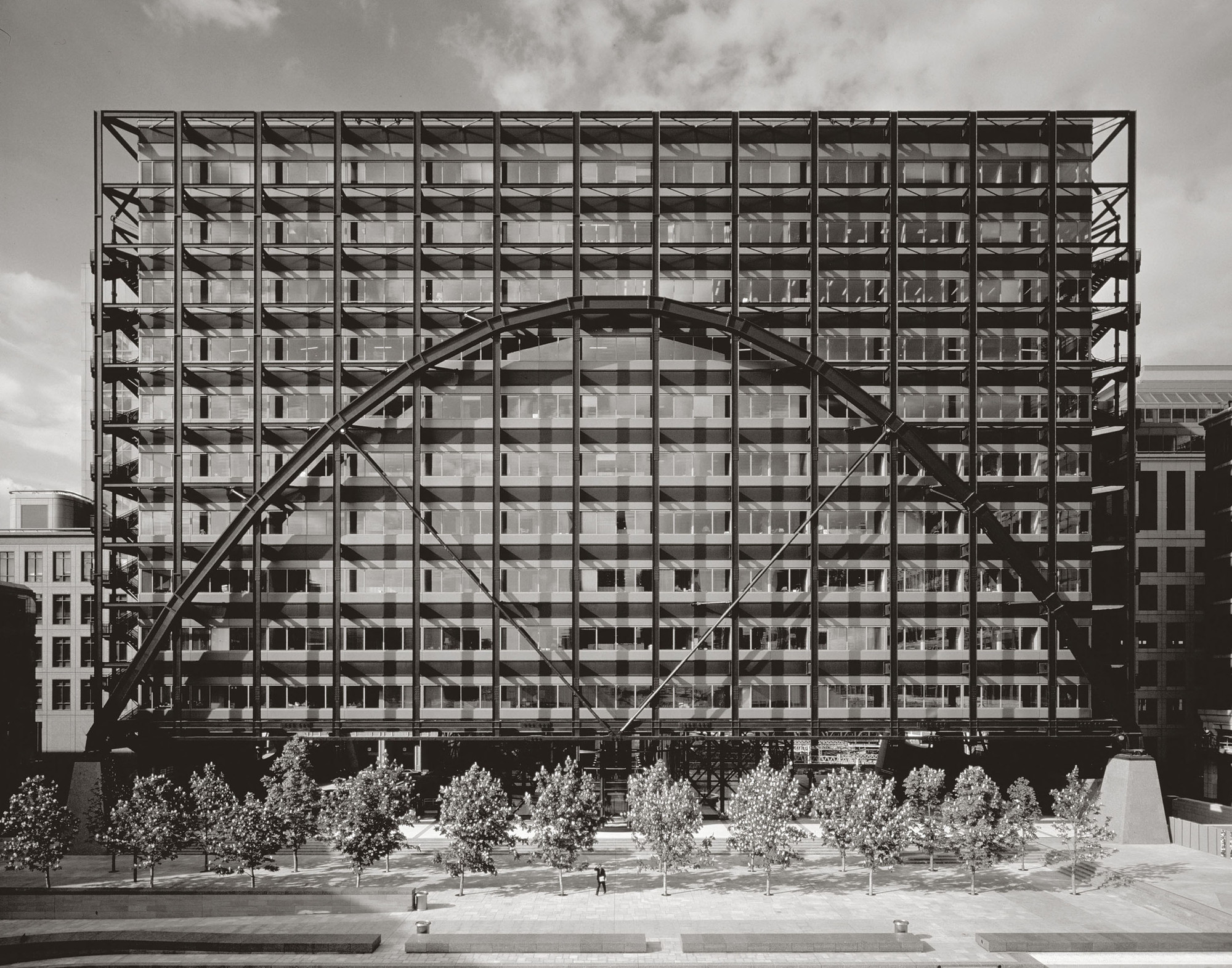 As part of the announcement, the AIA stated: “Exchange House, an elegant ten-story office building that spans over the merging tracks of London’s Liverpool Street Station, is located in London’s Broadgate Development. As one of the last remaining areas for development at Broadgate, SOM was able to envision an opportunity to resolve these challenges through a multi-faceted approach encompassing architecture, engineering, and masterplanning.

“The structural and architectural solutions for this development were entirely intertwined, embracing the constraints of the site and using them to fuel a clear, elegant solution that dramatically overcomes the challenges beneath it. The building is suspended over the rail lines below via four, seven-story tied arches that bridge 256-feet (78-meters), while only five percent of its footprint touches the ground. The centrally located lift core, fire stairs, and even the lobby are suspended from this bridge structure, touching the plaza beneath it out of necessity for access rather than support. By elevating the building the opportunity to bring an open space beneath was created, connecting Exchange Square to the south to Primrose Street to the north.”

SOM will be presented the award at the 2015 AIA National Convention in Atlanta.