Crossrail, “the largest infrastructure project in Europe (costing more than the 2012 London Olympics) has been slowly winding it’s way beneath London's streets for years. Now, as the tunneling efforts begin to draw to a close, Crossrail have released a series of photographs demonstrating just how large and complex this latest London subterranean labyrinth really is. There are currently more than 10,000 people working directly on Crossrail at around forty separate construction sites, who have now completed 90% of the total tunneling. This brings the entire project to two thirds complete.

See the complete set of photographs after the break. 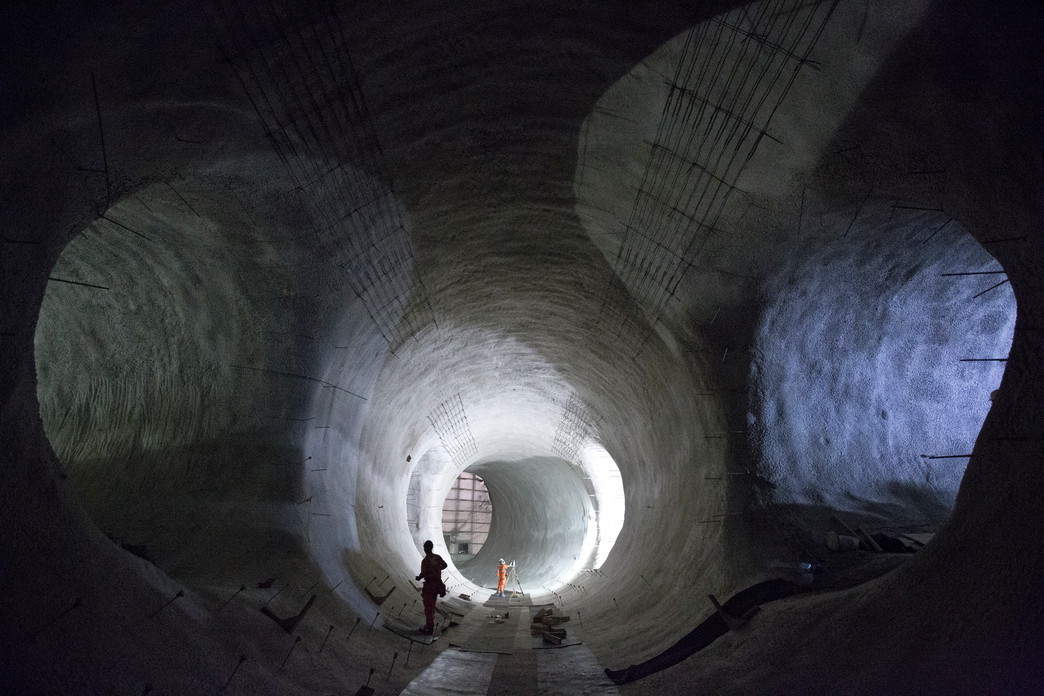 The Crossrail route itself will serve 40 stations (most of them completely renovated or brand new) and run for more than 100km (over 60miles) from the city of Reading and Heathrow Airport in the west, through new twin-bore 21km (13miles) tunnels below central London to Shenfield and Abbey Wood in the east. When Crossrail opens in 2018 it will increase London's rail-based transport capacity by 10%.

Tunnels Under London: the Largest Infrastructure Project in Europe