Save
Infographic: The World's Most Expensive Skyscrapers
Share
Or
Copy 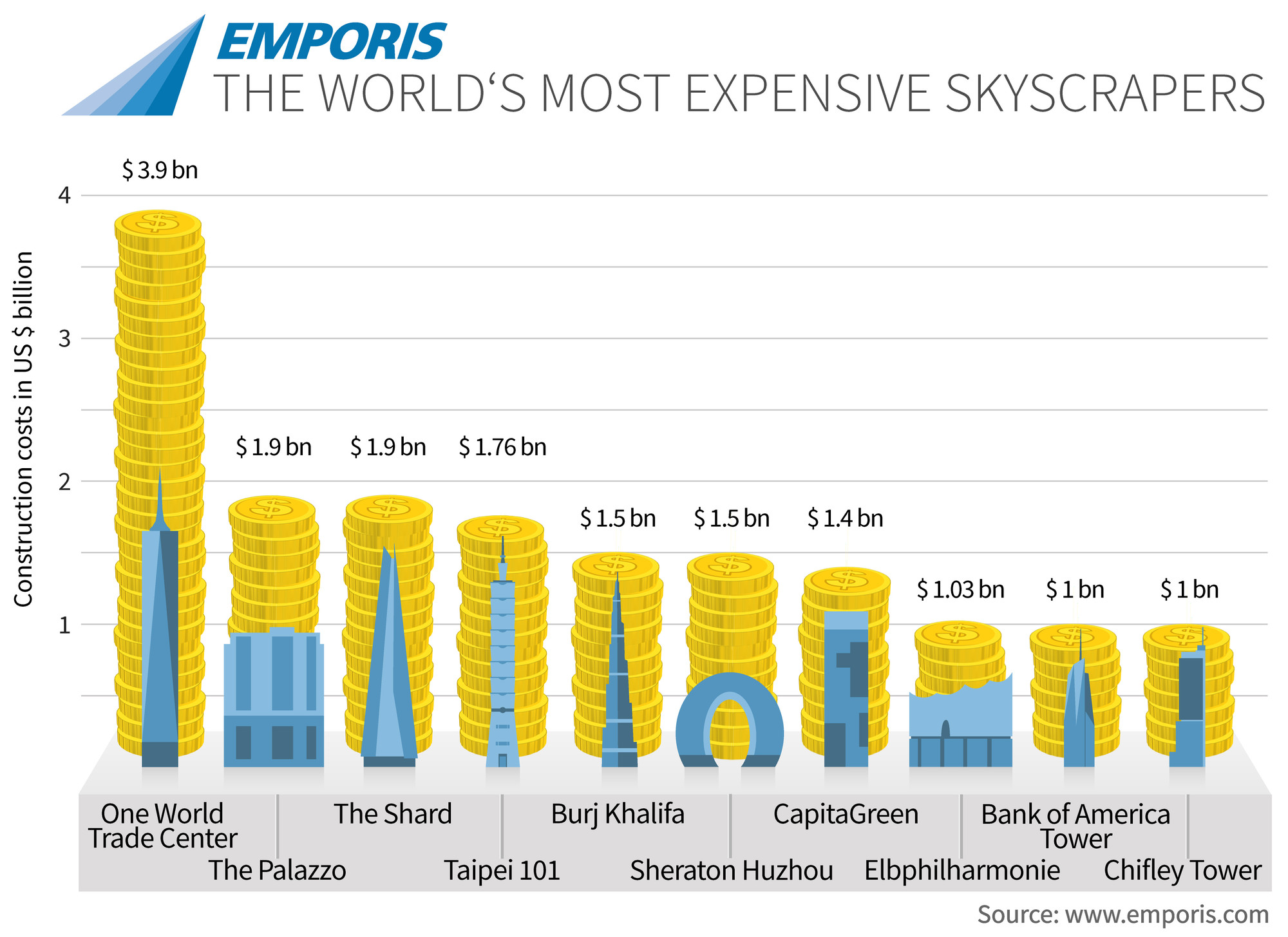 But perhaps the most surprising result is not related to high costs, but low ones. Compared to other much smaller buildings, the joint-fifth place Burj Khalifa seems a bargain at "just" $1.5 billion for what is by far the world's tallest building, putting it on a par with the Sheraton Huzhou Hot Springs Resort - which at just one-eighth of the Burj Khalifa's height demonstrates that formal complexity doesn't come cheap.

At number eight on the list, Herzog & de Meuron's Hamburg Elbphilharmonie has the ignominious distinction of being the only building on the list which is still under construction. With current costs standing at just over $1 billion, however, it is still some way behind Toyo Ito's $1.4 billion CapitaGreen, so will likely remain in eighth until completion - that is if newer, ever more expensive projects don't displace it first.