English Heritage has awarded a Grade-II listing to "The Rom," a skatepark in Hornchurch on the outskirts of London. Built in 1978, the Rom was one of the UK's first wave of purpose-built skateparks, and probably the most complete example found in the UK today. The listing makes the Rom the first protected skatepark in Europe, and just the second in the world after Tampa's "Bro Bowl" was added to the USA’s National Register of Historic Places last year.

More on the listing decision after the break 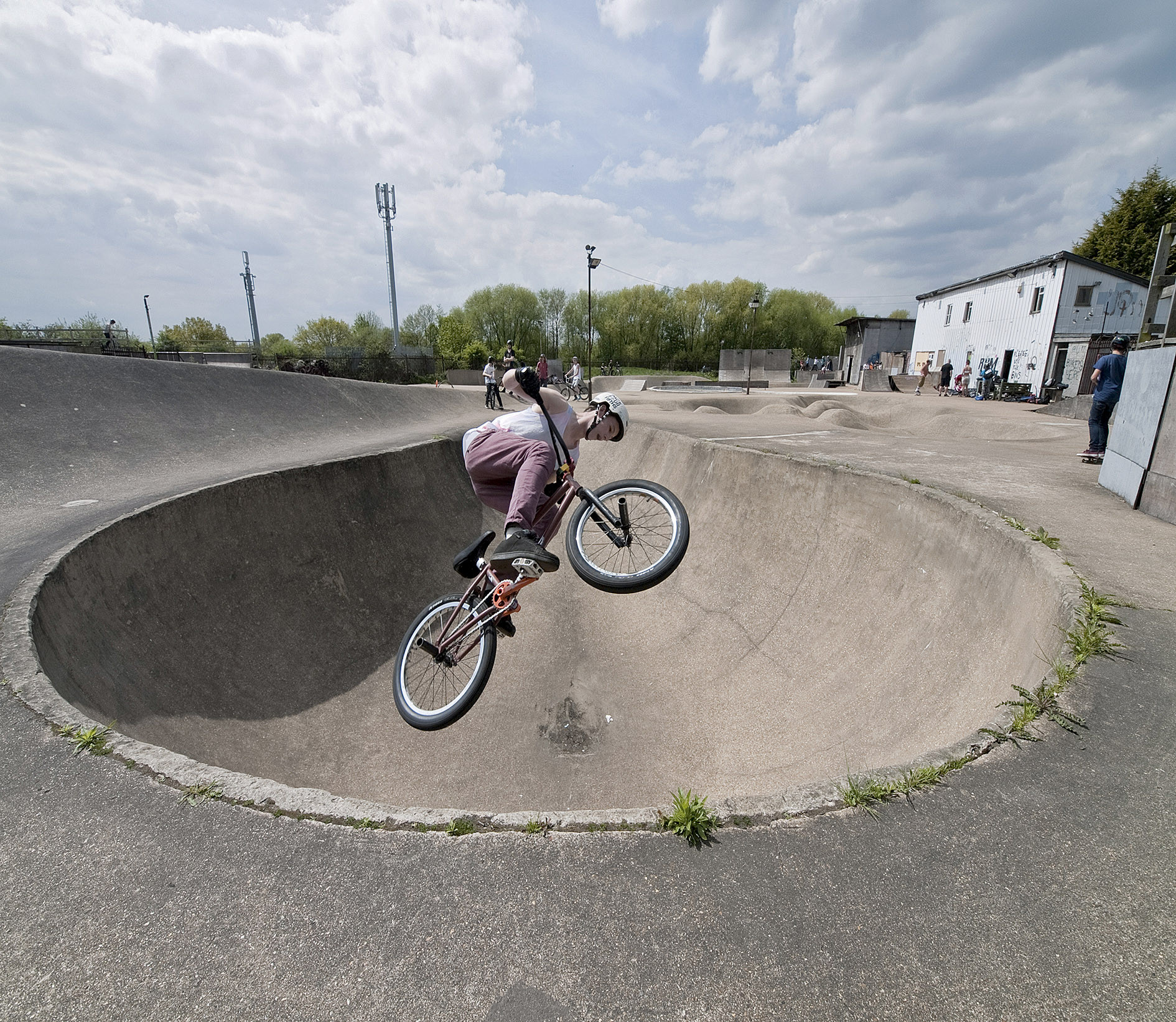 Designed by Adrian Rolt and G-Force, the leading skatepark designers of the 1970s, the Rom was a product of the skateboarding craze that swept the country in that decade. Its design borrows heavily from the Californian skateparks of the time, which in turn were inspired by the swimming pools, concrete drainage channels and other public infrastructure that were first appropriated by skateboarding pioneers. The Rom's seamless pressurized concrete design consists of a keyhole-shaped pool, six interlinked bowls ('moguls'), a 'performance bowl', an open freestyle area, a 'snake run', a four-leaf clover bowl and a half-pipe. A number of wooden ramps have also been added to the skatepark since it opened, however these are not included in English Heritage's listing.

The listing was made thanks to research conducted by Simon Inglis for his latest book "Played in London," part of his "Played in Britain" series, which charts the spaces, buildings and sports that make up London's sporting heritage. Commenting on the listing decision, Inglis said: "skateboarding has now been part of the nation's recreational life for over 35 years, since it arrived in Britain from California at the height of the 1970s. Some of the pioneers are now grandparents, passing on their skills and enthusiasm to the next generation.

"The Rom Skatepark stands out. A great design team, a great ensemble of features, all in amazing condition and redolent of the 1970s. I think it is wonderful that not only has English Heritage supported the research and publication of Played in London, but that it is also taking practical steps to protect this amazing piece of late 20th century heritage in Hornchurch."

Roger Bowdler, Designation Director at English Heritage, added: "Skateboarding is more than a sport: it has become a world-wide cult. The Rom is the finest example in England of this aspect of youth culture, and we are delighted its special interest will be protected for future generations through listing. It gives the whole idea of heritage an extra twist."