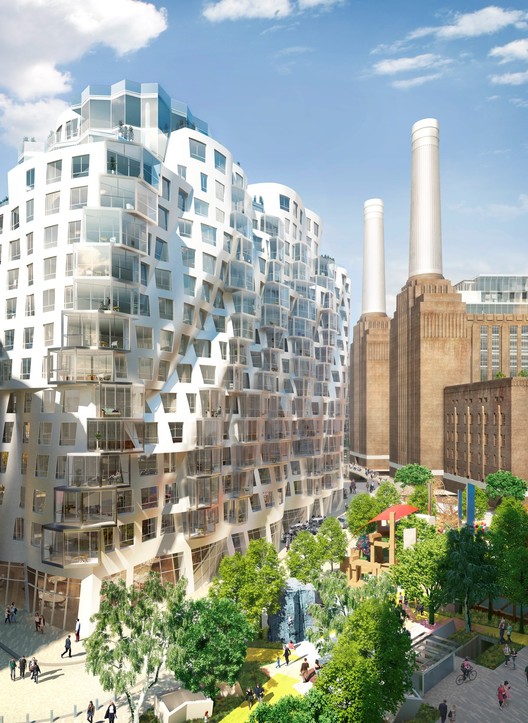 The design of Foster + Partners' "Battersea Roof Gardens" maximizes views to the power station, cutting voids at strategic points in the building's undulating form. This in turn creates interesting spaces within the building, such as three-storey gardens on the upper floors. In addition, the building features one of the largest roof gardens in London, with views of the power station and the River Thames.

Gehry Partners' contribution to the ensemble consists of five buildings, including the "Flower" building which will be the focal point of the cluster. Each of the apartments in Gehry's design is different, responding to the sculptural facade to create a unique dwelling.

Each resident on Electric Boulevard will have the opportunity to choose from two interior design themes created by the architects themselves, with Battersea Roof Gardens offering design schemes inspired by the power station itself, and Prospect Place offering schemes inspired by London and Los Angeles, in reference to the location of the building and Gehry's home town. Residents will also each have access to a residents' lounge and other communal amenities.