Foster + Partners has released new images of 425 Park Avenue in New York, the project which turned heads in 2012 when videos of the four competing architects presenting their proposals were released to Youtube. The new images show a slightly altered design for the glazed entrance, where a mezzanine on either side replaces what was originally a double height space in the entire lobby. The new images also give a glimpse into the building's interiors, where curtain glass walls make the most of spectacular views across Manhattan and Central Park. Read on after the break for all the images. 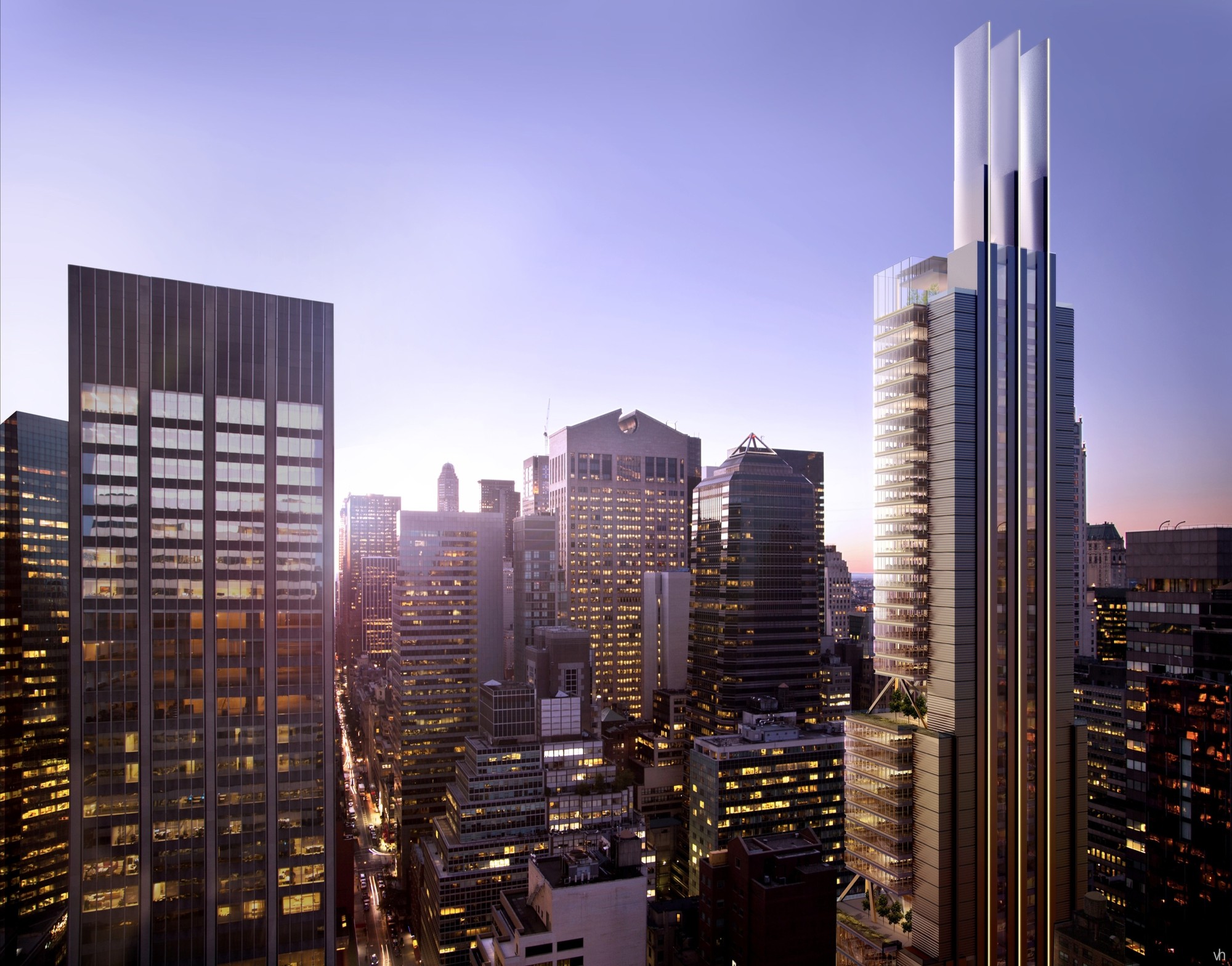