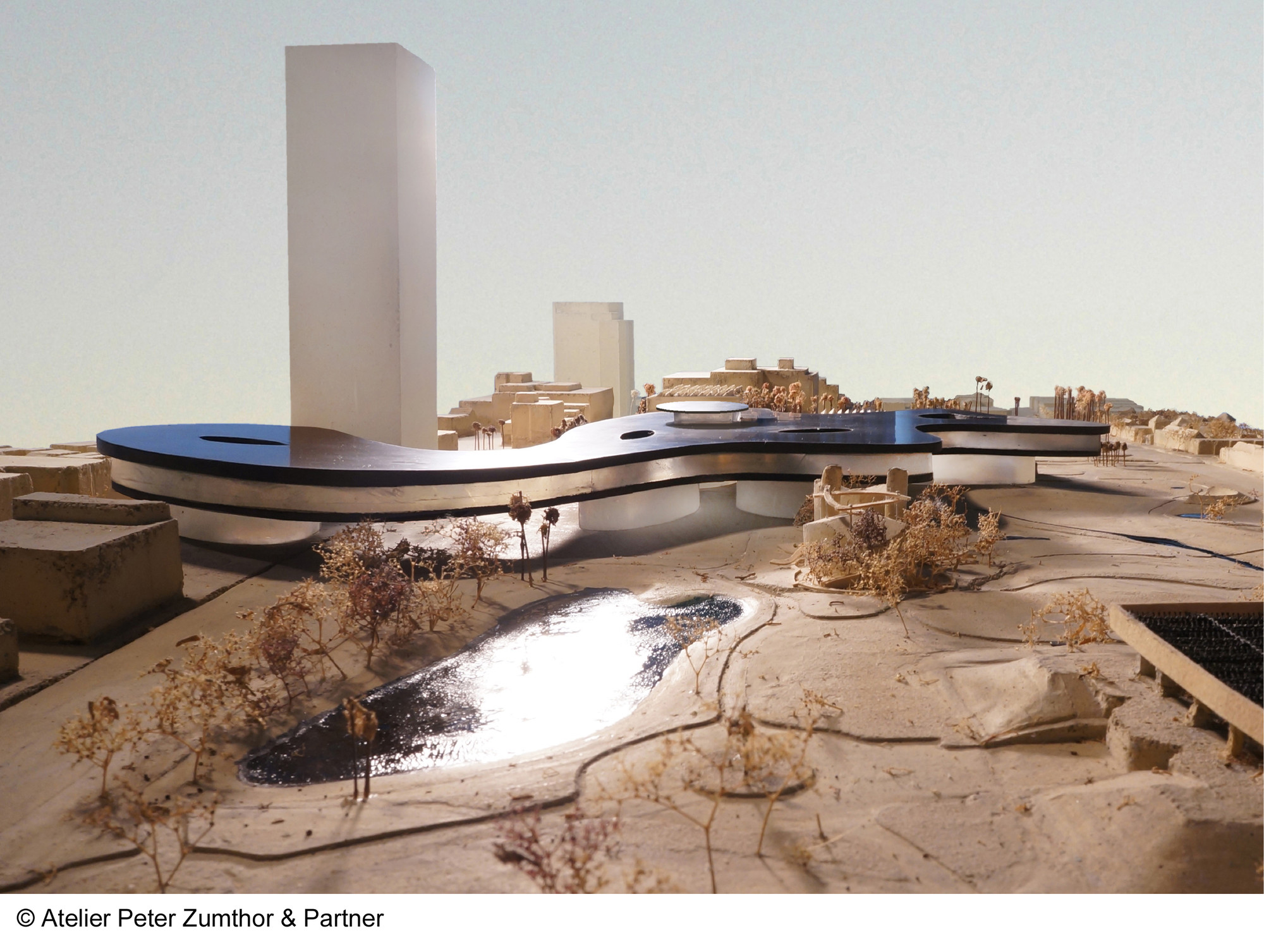 The bridge incorporated in the new design adds an extra dimension to the museum, allowing visitors to watch the cars pass underneath them and affording drivers a glimpse into the museum above. Zumthor said of the changes "from the start, this was meant to be an organic form that can change and react. I think it is even more beautiful now."

The new design has attracted praise from Jane Pisano, the director of Los Angeles’s Natural History Museum, who told the New York Times: "The original design would have severely impacted six of the nine active tar pits. We are so pleased…I do believe this design direction preserves and protects the tar pits."

City and council officials have also been impressed by the design, including LA Mayor Eric Garcetti and County Supervisor Zev Yaroslavsky.

However not everyone has been completely sold by the museum's new form. Christopher Hawthorn, architecture critic at the Los Angeles Times, has said that while the original design "was a muscular graphic form," he believes "it has been left misshapen, like a piece of taffy, by the decision to stretch it across Wilshire."

However he still has hope for the new museum: "There is still plenty of time for Zumthor to rethink the cladding and scale of the building and the details of its relationship to the roadway below. He is an architect who works deliberately. And this proposal is not meant to be final by any means."