The plan, called "New York City (Steady) State", produced over six years by Sorkin's Terreform Research Group, is not designed simply for aesthetic pleasure; it's not even an attempt to make the city more sustainable (although sustainability is the key motivation behind the project). The project is in fact a "thought-experiment" to design a version of New York that is completely self reliant, creating its own food, energy and everything else within its own borders. 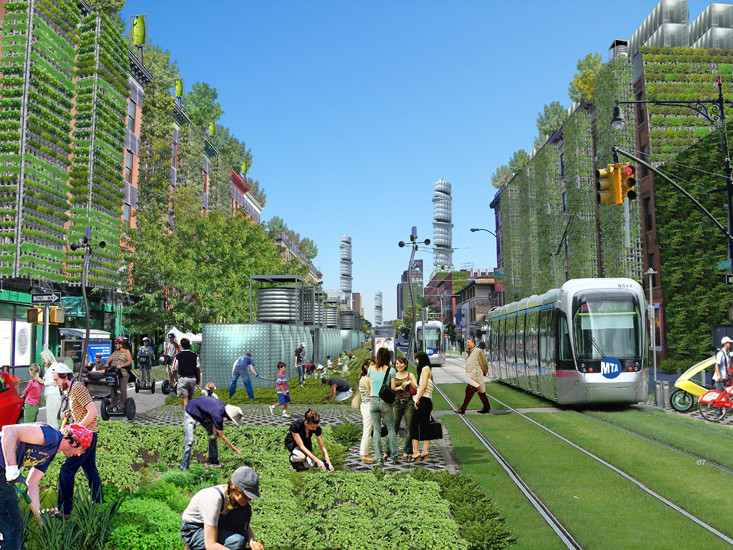 The key idea behind the project is to create a sustainable society from the bottom up - rather than relying on government to impose one from the top down - by applying autarky, a political concept which describes a completely closed system. This system resonates well with many established notions of sustainability: ideas such as 'cradle-to-cradle' or 'net zero' often demand closed loops or minimal outside influence.

After defining the extents of the study (including only the five boroughs of New York City and creating "an almost completely 'unnatural' limit" to constrain the study), the first step was to define how a city as urban as New York might be adapted to provide food for its 8.5 million inhabitants. Using a variety of skyscraper farms, and reclaiming streets and under-utilized city blocks, Terreform has calculated that it would be technically possible to produce 2,500 calories per person, per day. Combining this with a sophisticated distribution network would give each resident access to enough food.

A plan as dramatic as this obviously brings drawbacks: the first iteration of the design was calculated to require 25 nuclear power stations to generate the energy required to produce all this food, a result that was "somewhat at odds with our larger intentions." However, this is where the project's intention as a thought experiment comes into play: the radical design is meant to test boundaries, to take on a seemingly impossible task and see what the implications are of meeting it.

"On the whole, we’re sanguine about the differences between the logics of comparative advantage and the politics of self-realisation, and the difficulties of negotiating the territory in between," explains Sorkin. The truly desirable solution to environmental crisis and social inequality will lie somewhere between our current situation and the designs of Terreform. But without their investigation pushing the boundaries of what is feasibly possible - and showing us just how different our urban environment could be - then our quest for sustainability would be limited, and therefore incomplete. 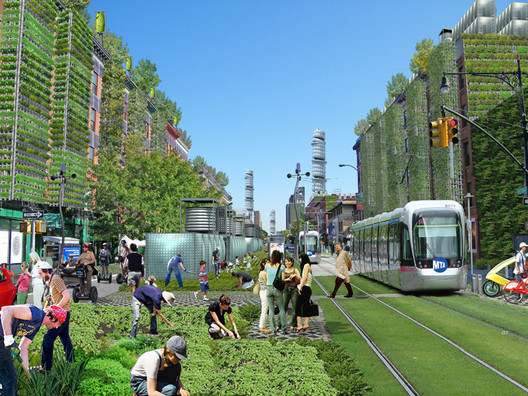