As part of the Shenzhen Architecture Biennale, Finnish practice Lassila Hirvilammi Architects entered into a collaboration with Chinese architect Gigi Leung to explore the themes of copying, authenticity and knowledge transfer between cultures. Working with master craftsmen, they created two versions of the same space (each influenced by their respective cultures), intentionally blurring the line between copying and taking inspiration. 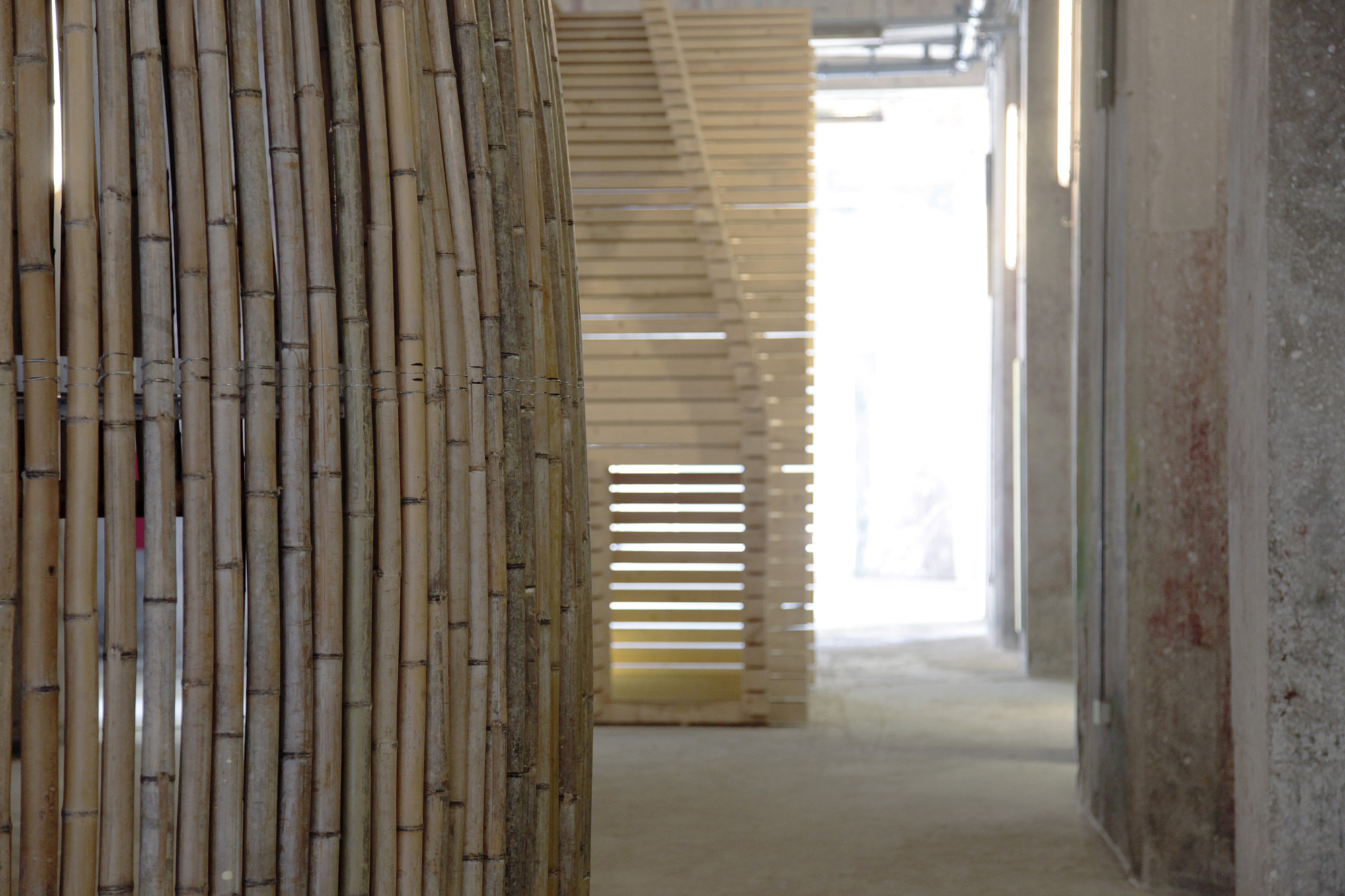 The first part of the project took part before the Biennale began, with Lassila Hirvilammi designing a small, "pure" architectural space in a traditional Finnish style, using local timber and constructed with help from a traditional carpenter, Kari Virtanen. Their conceptual drawings were then transferred to the Chinese team of Gigi Leung and Richard So, a traditional Chinese craftsman.

The Chinese team was challenged to re-create the space utilizing traditional materials and techniques, and this alternate pavilion was constructed in Bamboo alongside the Finnish version during the Biennale. By adjusting the shape and experience of the pavilion to suit their techniques, the project explores how a "pure" architectural idea might be transformed by different cultures.

The project also tackles head on the issue of Chinese 'copy-cat' architecture, demonstrating the ways in which Western and Eastern cultures can benefit through collaboration. The conceptual drawings produced by the Chinese team display the thought process of adapting a foreign material culture to suit their own methods. By comparing the two completed pavilions, a greater understanding is reached of these two contrasting cultures and the traditional architecture that has come to define them.