Among the biggest challenges facing city planners is to implement plans which are not just needed, but also popular. In a bid to address this common problem of democratic city design, the Strelka Institute developed What Moscow Wants, an online platform designed to crowdsource ideas for the development of Moscow.

What Moscow Wants consists of a three-step process: residents first propose ideas on the website (ranging from the prosaic suggestion of a standardized city-wide parking bollard, to the outlandish idea of an underwater museum in the Moscow River); next, local architectural practices chose suggestions which they felt they could contribute a solution to and posted their proposals to the website; finally, the most popular choices were presented by the architects at the Moscow Urban Forum from the 5-7th of December. 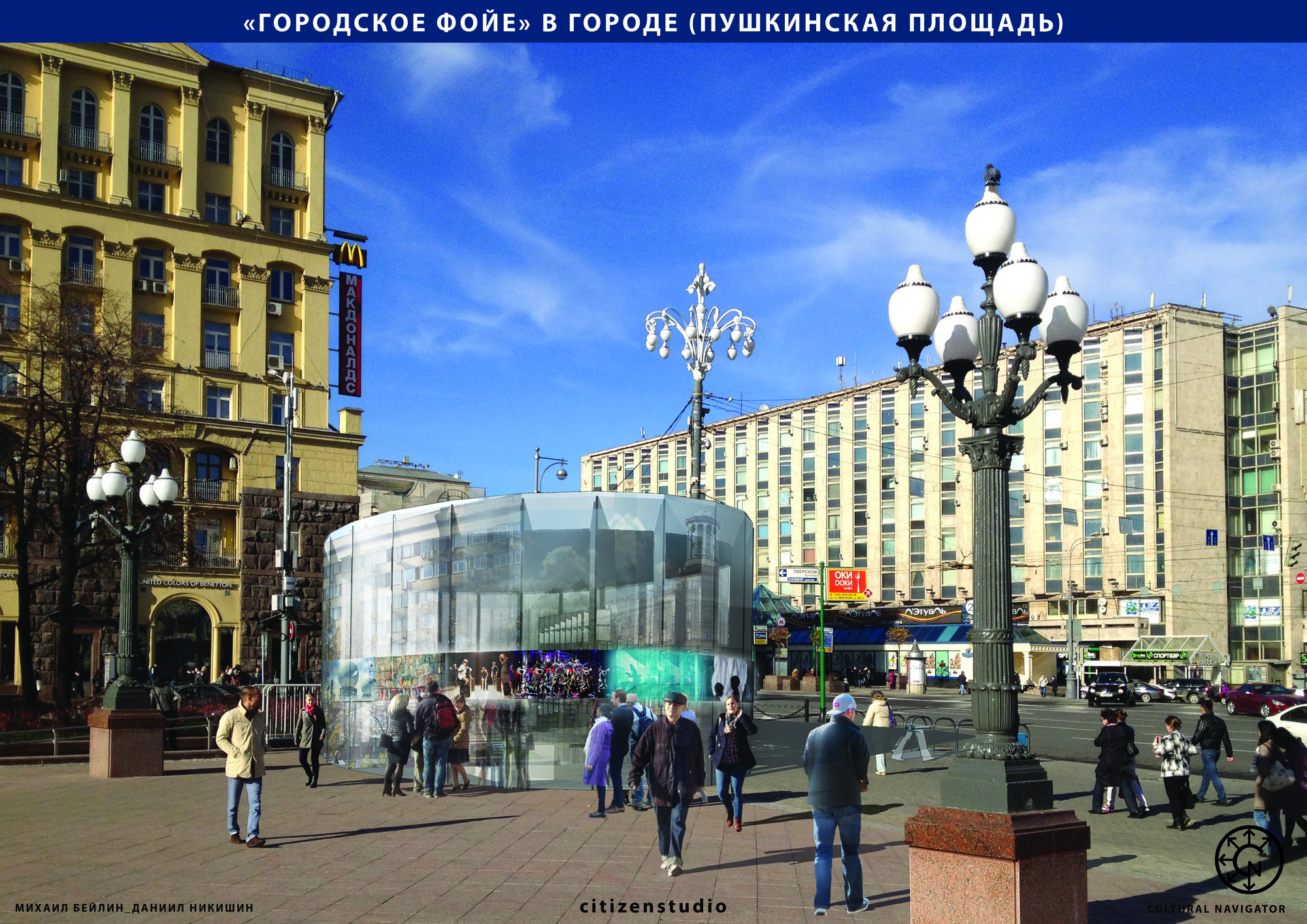 Currently, there are two crossing points over the Moscow River to the south of the Moscow International Business Center: the Dorogomilovsky Road Bridge, with a high traffic volume is unfriendly to pedestrians and cyclists, and the Bagration Bridge, an elevated and enclosed pedestrian bridge is inaccessible to cyclists. This proposal offers a third bridge for pedestrians and cyclists only between the two previous bridges, giving a more convenient and safe option.

Everyone to the Garden

This plan for the Yasenevo District, one of Moscow's Suburbs, encourages the natural environment by taking under-used spaces and converting them into gardens, promoting community involvement at the same time. The scheme includes a variety of different types of garden, with some making use of rooftop space and others utilizing ground-level public space, and both recreational and food gardens.

Responding to a number of concerns that there are not enough markets in Moscow, this proposal uses an easily adaptable modular design which could be distributed throughout the places it is needed. Having an indoor market both makes it possible to hold the markets throughout the year, but also to utilize the space for community functions on non-market days.

This design makes use of the under-used land next to Krasnoselskaya Metro station, in the North-East of the city, to address the lack of sports playgrounds and leisure areas in the district. These playgrounds are also raised above ground level to provide a hidden space for parking.

Playground With a Meandering Course

Other residents expressed a desire for more playgrounds, however this time playgrounds for children, in Krasnoselskaya and elsewhere. This design satisfies that need with a compact but pleasingly complex playground which make it more exciting for children to explore, and can be incorporated where there would not normally be enough space for a playground.

Public Toilet in the Park

In response to the problem of parks in Moscow not having enough public toilets, this design addresses provides a simple yet generous solution to which can be utilized in a range of locations.

This new design for the city's bus stops would go far beyond the usual remit of bus stops: the design includes up-to-date travel information, charging points for phones and laptops and publicly available wifi. These would be powered by a combination of solar panels on the roof and pressure-sensitive (piezoelectric) generators on the floor.

This street is one of the primary car routes into the city, and thanks to a series of colossal office blocks, it is also a street that is severely lacking in character. Rather than - as one resident suggested - re-routing the road into a tunnel and pedestrianizing the surface, this design creates an elevated pedestrian landscape which interacts at various points with the road carving through its hill-like buildings, adding both increased building space, new recreational areas and much-needed character.

This proposal involves an entire ecosystem of new designs - in order to help both tourists and residents find their way to the city's many cultural destinations, a set of systems has been developed. A map, inspired by subway-style maps, shows links between different museums, and from transport links to museums. This map is supplemented by information boards, colored urban furniture which corresponds to different colored routes, and a downloadable app. The centerpiece of the scheme is a series of "Urban Foyers" at key points in the network which act as information points, ticket offices and recreational spaces to connect together the cultural attractions of Moscow.