Save
Where Did All the Patrons Go?
Share
Or
Copy

At the close of the 19th century, the funding of architecture was enriched by a new paradigm: that of the wealthy patron and philanthropist, who financed buildings through a sense of moral and social duty. This resulted in a number of grand public buildings, spanning cultural, educational and political institutions: the Museum of Modern Art, Carnegie Music Hall, a huge number of Carnegie Libraries and even the UN Headquarters would not have been possible without the generosity of these men.

Where are gifts like these today? Are there modern versions of people like Carnegie and Rockefeller? In the 21st century, an age of encroaching corporatism and “the one percent”, it might be easy to believe that this form of construction funding is dead. This interpretation, however, does not reflect the reality at all. In fact, the recent history of the 'wealthy patron of architecture' is more interesting than you might think, and is rooted in the lessons learned from the pioneers of the past century.

Discover more about the fate of the architecture patron after the break.

The industrial revolution sparked an unprecedented increase in wealth in the 19th century, particularly in the U.S. New industries were created on huge scales, and many of the wealthiest people of the era were those who took advantage of typically industrial markets such as oil (the Rockefeller family), steel (Andrew Carnegie) and vehicle manufacture (Henry Ford). After accumulating such enormous wealth, many of these men felt it was their duty to use their money to improve human welfare.

John D. Rockefeller Jr. is one of the best examples. The impact Rockefeller Jr. had on the built character of New York through his philanthropy should not be underestimated - Rockefeller Center and that brilliant contribution to the urban realm, Rockefeller Plaza, of course bear his name, but he was responsible for dozens of projects more: he donated property for his wife's venture, New York's Museum of Modern Art which still occupies the same land today; funded what is now the Memorial Sloan-Kettering Cancer Center; he both had the idea for and funded the Riverside Church; donated the land for the UN Headquarters, funded the Cloisters Museum and donated an undeveloped stretch of the of land on the New Jersey side of the Hudson to the Palisades park to preserve the land and the views from Manhattan.

When it came to the design of these buildings, the entire Rockefeller family often maintained close ties with their favored architects. In the 1920s, Rockefeller Junior often commissioned Charles Collens, who designed the Cloisters Museum and the Riverside Church. However, for the Rockefeller Center a new group of architects was selected, presumably to avoid the Gothic Revival style of Collens. This new group was headed by Raymond Hood - but importantly it included a young Wallace Harrison, who subsequently would serve as architect and consultant to John Rockefeller and his son Nelson for many projects, even coordinating the collaboration of Le Corbusier and Oscar Niemeyer on the UN Headquarters.

Another charitable figure of the era, Andrew Carnegie, is an example of a philanthropist whose contributions became so ubiquitous that his name almost slips into everyday language. He funded the Carnegie Institute of Technology in Pittsburgh and the Carnegie Institution in Washington DC, as well as a number of Carnegie Music Halls, most notably in New York. However his name is most frequently attached to his Carnegie Libraries, which he would usually fund for any town that could demonstrate need. Between 1883 and 1929, Carnegie money built 2,509 libraries – the equivalent of one library per week throughout the 46 year period. About two-thirds of these libraries were built in the United States, with most of the rest in Britain and Canada.

Though Carnegie did not directly involve himself in appointing the architects for these libraries, he did offer guidelines on how he thought they should be designed: the most pervasive of these recommendations was to have publicly accessible stacks, instead of the public asking a librarian to find the book they wanted, which beforehand had been the normal system. Suggested layouts also featured in these guidelines, meaning the architects often had minimal input on the functional design of these libraries, instead being largely relegated to adding a decorative style.

For the remainder of the century, the great philanthropic efforts of these industrial moguls would remain unmatched. However, since the turn of the millennium there seems to be renewed interest in the field of philanthropy, with modern business leaders setting up new charitable foundations. The most prominent by far – and potentially the only foundation to compare with the likes of the Rockefeller Foundation for sheer financial scale – is the Bill and Melinda Gates Foundation, which was created in 1999 and has since made grants in excess of $25 billion. Other billionaires have been very forthcoming in supporting the Gates Foundation: in 2006 Warren Buffett made a record contribution to this same foundation, pledging 10 million shares in his company Berkshire Hathaway, to be paid in annual installments. This places the value of his donation at around $31 billion, the largest single charitable donation in history.

In the media, almost all of the attention directed towards the Bill and Melinda Gates foundation focuses on just one aspect of the charity's activities: vaccines. This program does indeed command the largest portion of funds, however the media coverage could give the false impression that the Foundation does not fund any construction-related programs. In reality, the Family Homelessness program regularly funds construction of what it calls 'transitional housing' for families at risk of homelessness. In addition to this, the Libraries program also intermittently donates towards the construction of new libraries; perhaps most notably a $20 million donation towards the construction of the Seattle Central Library designed by OMA.

Another modern foundation using architecture to aid society is Brad Pitt's Make It Right Foundation. Set up in 2007, the primary objective of this foundation is to spearhead rebuilding efforts in New Orleans' Lower Ninth Ward, the area of the city that was most devastated by Hurricane Katrina. The initiative works by employing renowned architects such as Frank Gehry and Morphosis, who initially each developed a design in collaboration with the original residents of the community. Residents then get to choose which design they would prefer, and have control over the external colors and the internal fit-out to customize their home.

These initiatives highlight a new way of thinking about philanthropy with respect to architecture; the approach taken by Rockefeller and, in particular, Carnegie could easily be criticized as a patriarchal approach to community development, using architecture to impose their ideologies on a community. The co-author of Architecture For Humanity's book Design Like You Give a Damn [2], Kate Stohr, comments that “it's interesting to wonder what impact could Carnegie's philanthropy have had in the many communities in which he bestowed his generosity, if he had also focused his attention on helping to make systematic changes to improve the immediate living conditions of workers as well as their minds.” Or, to put it in the words of a 1910 community that received a Carnegie Library: “what use has a man who works 12 hours a day for a library, anyway?”

This more expansive perspective is reflected in the current crop of modern foundations that interrogate the needs of each individual community to determine what to build; that involve the people of that community in the process of design; and that relinquish control of the design to independent architects. The effectiveness of these methods are reiterated by a number of architecture practices and charitable organizations, including Architecture for Humanity, SEED, MASS Design Group and Design Corps, among others.

In short, what modern day philanthropists achieve much better than those of the past is to separate charitable generosity from the ego of the donor themselves. As a result, whilst philanthropists of the 20th century usually built major public buildings (and subsequently, had their names attached to those buildings) the major architecture-funding philanthropists of the 21st century are more likely to fund small buildings which will nurture a gradual improvement of the local community.

In 80 years' time, you are unlikely to see a news story lamenting the desecration of a Gehry designed, Brad Pitt funded house in New Orleans or an anonymous affordable home constructed with 'Gates money'. What these philanthropists will leave is not so much a built legacy comparable to that of the Rockefeller family or Andrew Carnegie, but a community legacy that will evolve and take on a life of its own. However, this does not mean that the architecture community should be any less grateful for their work: on the contrary, these philanthropists are demonstrating to us the many ways in which the process of design can be used to improve the lives of people worldwide.

About the Author, one of our Spring 2013 Interns: Rory Stott is a UK based graduate, gaining his BA in Architecture from Newcastle University. He is most interested in the psychological and social impact of architecture. The only thing capable of distracting Rory from thinking about architecture is NBA basketball. @StottR 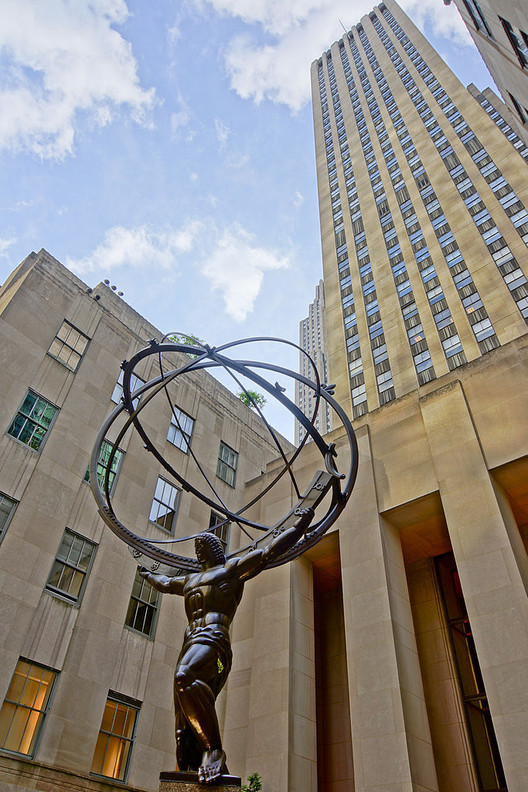