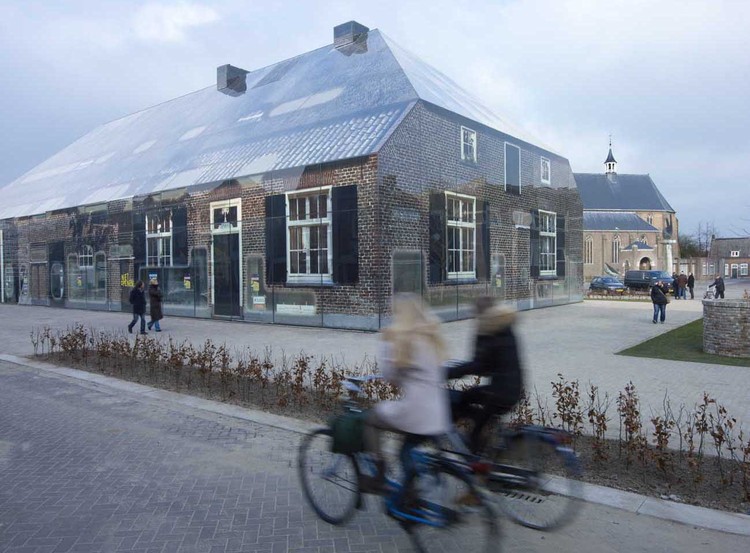 Text description provided by the architects. Schijndelâ€™s market square suffered from Operation Market Garden damages during the Second World War and has been subject to numerous enlargements and refurbishments. Winy Maas wrote a letter in 1980, and in 2000 the town council adopted the idea of a new structure in the square between the church, town hall and main street. MVRDV since then iteratively proposed new options that could fill the gap of this unusually large village square. The Glass Farm is MVRDVâ€™s seventh proposal for the site, earlier designs included a theatre.

The village engaged vividly in the process resulting in heated debates, polls and polemics in the local press - by supporters and adversaries. The 1600mÂ² building which is entirely covered by a glass facade consists primarily of a series of public amenities such as restaurants, shops and a wellness centre.

By coincidence, the maximum envelope that was defined by the town planners had the form of a traditional Schijndel farm. All remaining historical local farms were measured, analyzed and an â€˜idealâ€™ average was conceived from this data. In collaboration with MVRDV, artist Frank van der Salm photographed all the remaining traditional farms, and from these an image of the â€˜typical farmâ€™ was composed. This image was printed using fritted procedure onto the 1800m2 glass facade, resulting in an effect such as a stained glass window in a cathedral. The print is more or less translucent depending on the need for light and views.

At night the structure will be illuminated from the inside, becoming a monument to the farm. At a height of 14 metres the Glass Farm is intentionally designed out of scale and is 1.6 times larger than a real farm, symbolizing the village growing into a town. The printed image follows this 'augmented history', with the superimposed farm door for example appearing 4 metres tall. When adults interact with the building, they can experience toddler size again, possibly adding an element of nostalgic remembrance to their reception of the building. To enhance this further, there will be a table and swing next to the building, a scaled up farmyard.

Coinciding with the completion of the building, an exhibition opens in the local Museum Jan Heestershuis about Context and Authenticity. Later this year a book will be published by NAi Publishers exploring the development of the Glass Farm, including a literary description of the lengthy processes which lead to its realisation.

MVRDV realised the building for RemBrand developers, a combination of Van Den Brand Real Estate and Remmers Construction Group, together with Hooijen Engineers, IOC Ridderkerk for installations, Brakel Atmos for the facade and AGC for the print. 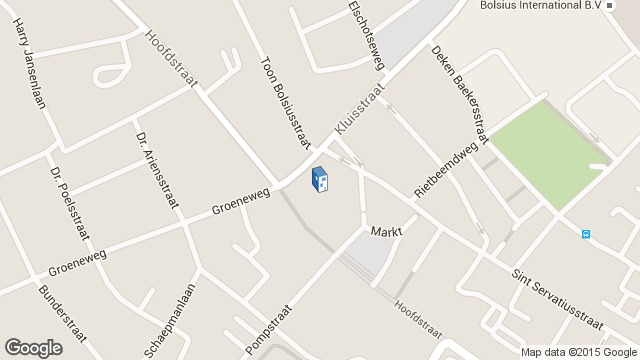 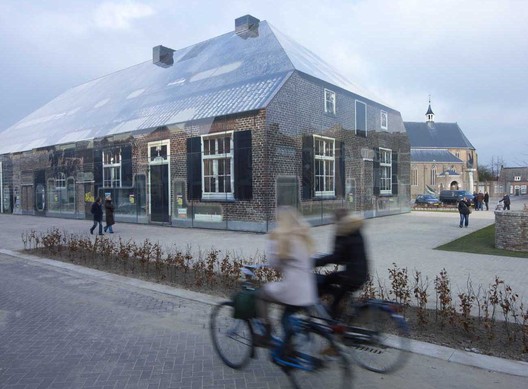