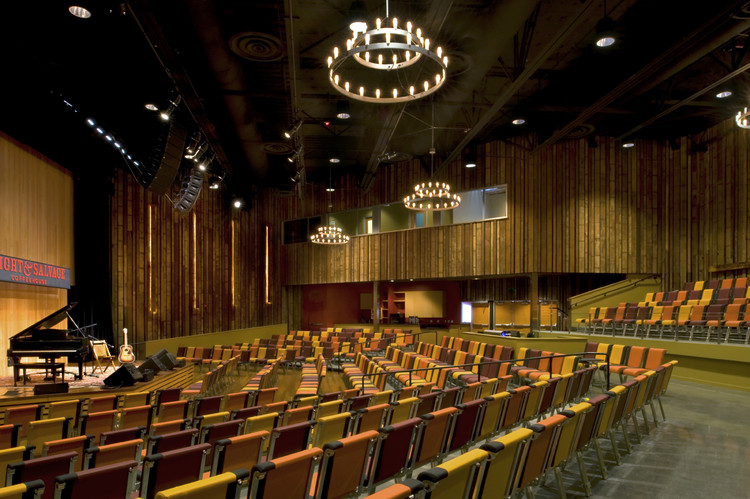 Text description provided by the architects. The Freight & Salvage (whose non-profit organization is incorporated as the Berkeley Society for the Preservation of Traditional Music) has long been the most venerable institution dedicated to presenting the best in folk and traditional music west of the Mississippi. It was vital to the client that the new venue be designed to continue evoking the vibe of the Freight as an intimate folk music venue despite the introduction of cutting-edge technology and increased auditorium capacity.

It was also essential that the facility be environmentally sustainable. In these two goals, the architect’s use of salvaged wood in the design wood (harvested from a deconstructed pair of auto repair garages that originally occupied the site) was crucial to achieving an image that fit with the historical and cultural flavor of Freight & Salvage from its roots in the late sixties, in its two previous venues.

The The Freight & Salvage organization was started in 1968, where despite the small size and grittiness of the initial barn-like urban warehouse venues, “The Freight” became known for top quality performers and for its welcoming, down-home environment. To serve growing audience demand, attract even more high-profile performers, draw an increased, diverse new audience, and accommodate popular community programs, the Freight commissioned a new facility to triple audience capacity, provide state-of-the-art acoustics, theatrical lighting, practice rooms, back stage facilities including private dressing rooms and restrooms, and a café bar.

Enthusiastic reactions by client and patrons confirms that the new building successfully achieves a creative image that supports the Freight’s mission, belying their former qualms about the feasibility of achieving a much larger, modern, technically sophisticated venue without compromising the time-honored image of the institution. The project’s sustainability and image goals dovetailed in the creative image largely through the use of salvaged Douglas Fir harvested from a deconstructed pair of auto repair garages that originally occupied the site.

In addition to using salvaged wood, architects preserved and renovated a 20-foot deep swath of the old auto-shop buildings’ street façade. Thus from the moment a patron walks through the front door beneath the structurally enhanced recycled wood trusses of the preserved part of the auto shops, and into the lobby / performance lounge, on the way into the theatre itself and thereafter, the building, wood is prominent as an expression of the Freight’s traditional music heritage. Dramatic views into the wood lined theatre venue from the second level teaching and meeting spaces and offices, provide constant visual connection with the performance space. The informal setting of the lobby for performance and discussions, as well as the open connection to the other program offerings upstairs communicate to the audience community that this is a place for the whole musician and music lover.

A challenge of designing a new 18,000 square foot home for an established arts institution is to take them to the next level while both standing on, but not diverging from, the nature of the old and much smaller facility that has been part of making the organization’s culture. The roots and heritage music industry often struggles with the risk and dilemma of a new building sanitizing the art. So the goal, and by all measures, the success of the new Freight & Salvage is that it honestly captures timeless authenticity as a home for the music.

The harvesting of lumber and trusses from the demolition process for reuse in the new theatre made sustainable use of the old building’s wood; these elements were carefully and yet naturally re-formed for the new building, and helped the architects achieve the most important aspects of the venue’s goals. The old Douglas Fir, re-used as wall slats in the auditorium (as well as performance lobby) but carefully adapted so it provides acoustic performance, and yet with its patina intact, is as modern as it is timeless.

The house chandeliers were chosen for their contemporary simplicity, historic reference, and perfect compatibility with the wood walls which as inviting to the audience as a warm living room. The rows, circulation, seating flexibility, and stage proximity are configured to make a singular music experience that is engaging and natural. Coupled with an exceptional sound system and acoustics, abetted by the absorptive wood wall system, the audience can clearly perceive the every note and word of the performers.

The sustainable design aspects of the project that contributed to LEED points towards gold certification also contribute to the creative image of the project. Foremost among these elements are extensive use of salvaged wood trusses, lumber and other materials (such as recycled glass counters, recycled paper toilet partitions, etc.), the considerable amount of salvaged materials from the deconstructed buildings, the city’s first “green living roof”, and green practices during construction. 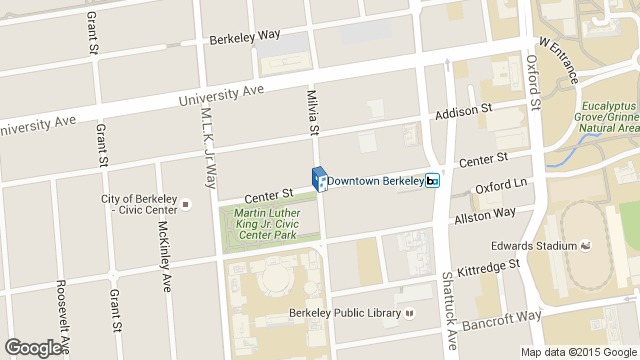