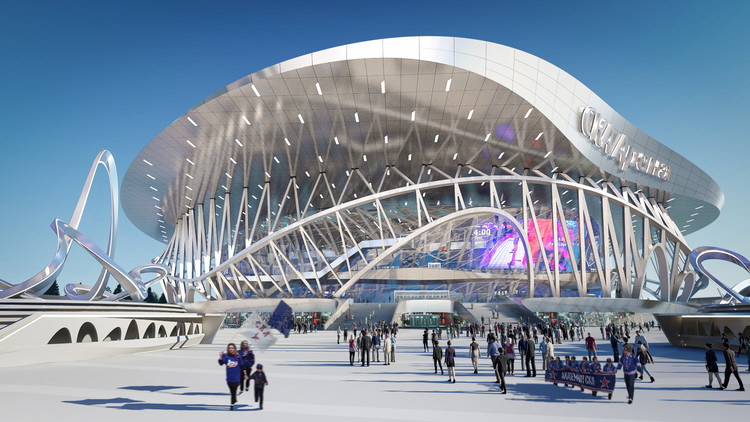 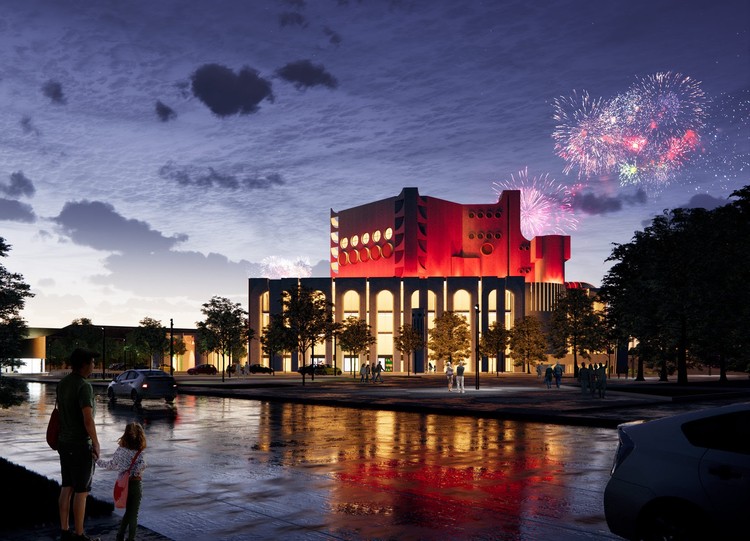 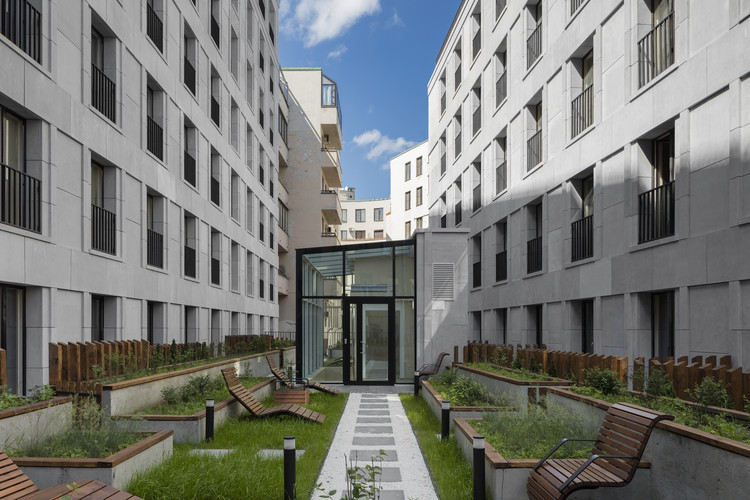 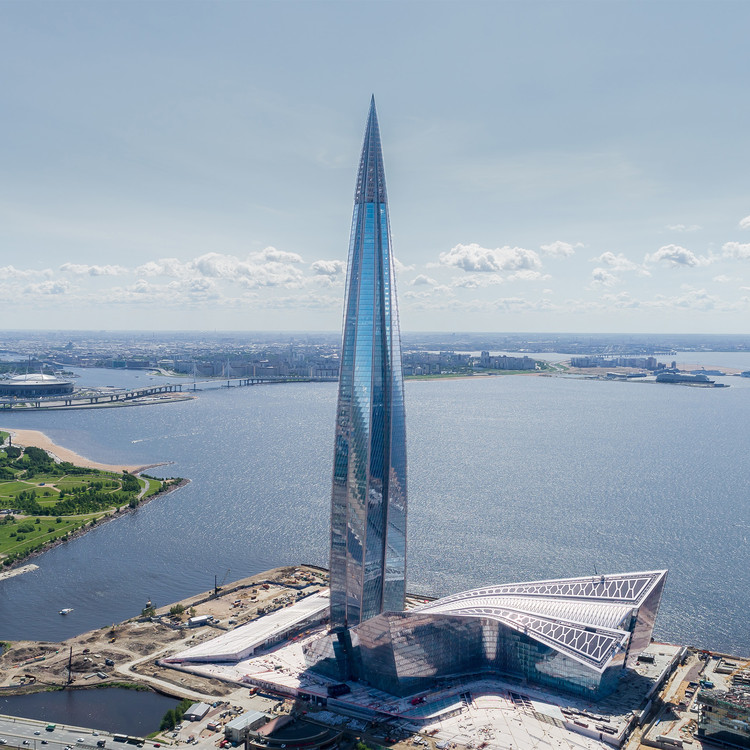 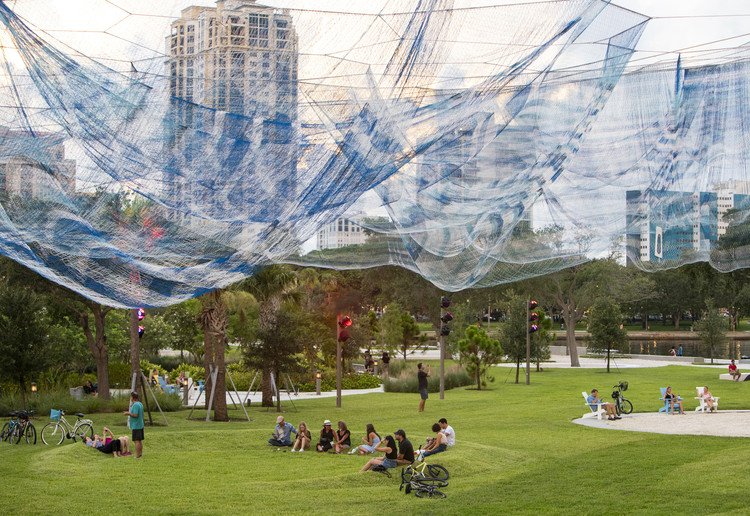 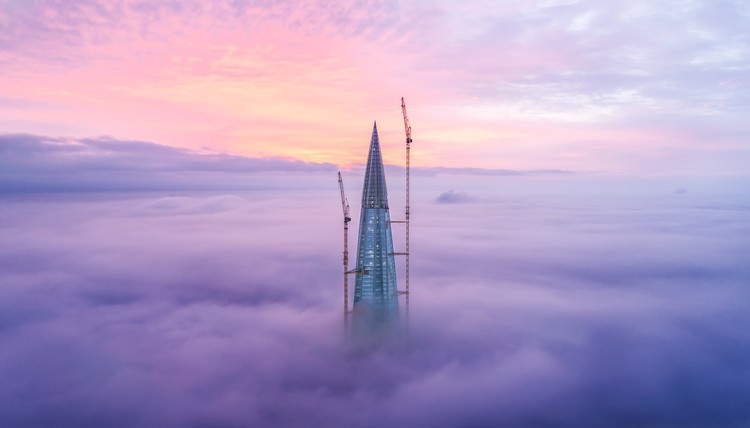 Competition Finalist for Leningrad Siege Museum Reaches for the Sky

From the creators of Museum Of The History Of Polish Jews in Warsaw, comes a competition finalist proposal for the new Museum for the Defense and Siege of Leningrad in St. Petersburg. Lahdelma & Mahalmäki Architects, in collaboration with Ralph Appelbaum Associates, designed three main parts: the Thread of Life (museum and exhibitions), the Memorial of Heroes of Leningrad and the Square of Testimony. Thought to have the popular vote, this entry sought to redevelop and reconnect the city of to the park and museum with its Neo-Classical grid. 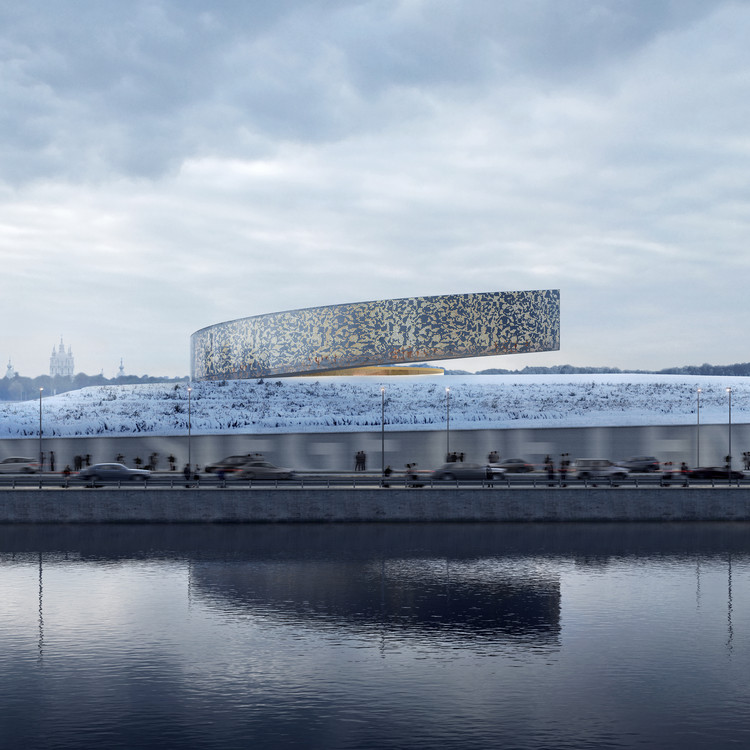 While Yekaterinburg’s avant-garde architecture is the city’s hallmark, and Moscow’s avant-garde is the subject of arguments, in Saint Petersburg the prominence of the style and its influence are somewhat harder to identify. Some researchers even suggest that the avant-garde is an “outcast” or a “non-existent style” here, and its presence in has remained largely unrecognized. Alexander Strugach sheds light on this phenomenon:

In Saint Petersburg, the avant-garde style is simply overshadowed by an abundance of Baroque, Modernist and Classical architecture, and is not yet considered an accomplished cultural heritage category. Meanwhile, gradual deterioration makes proving the cultural value of avant-garde buildings even more difficult. 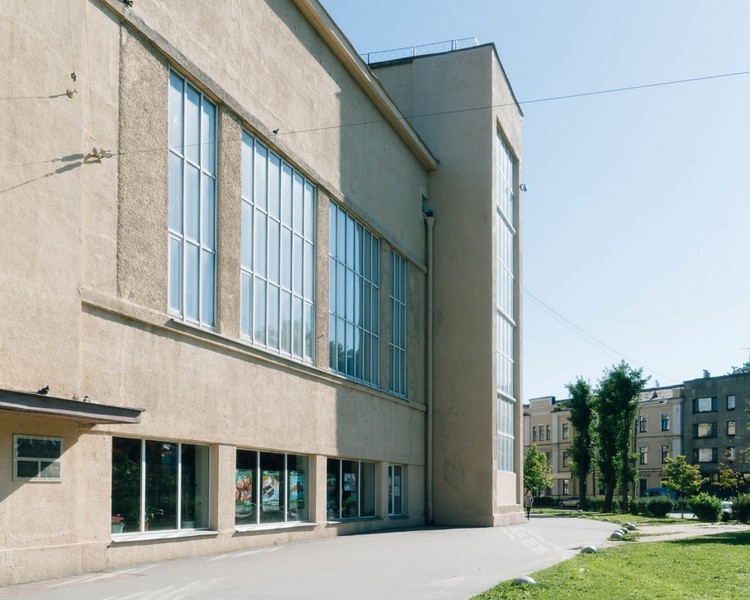 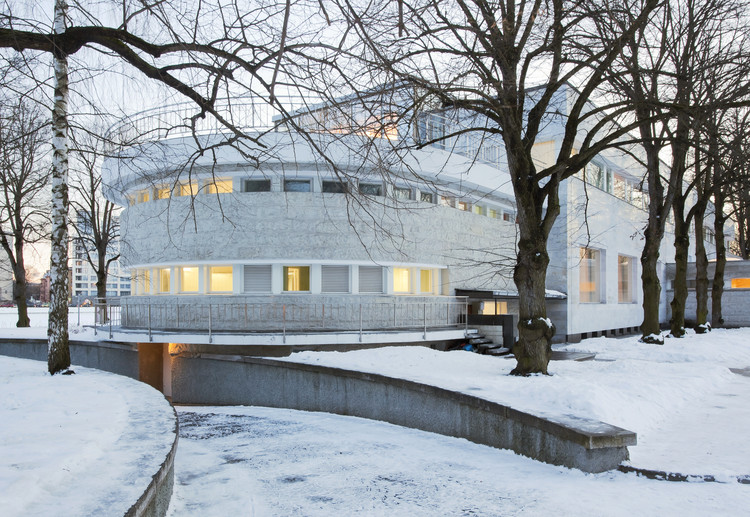 The St. Petersburg City Council has approved Rogers Partners, Ken Smith and ASD's "Pier Park" redesign, allocating funds towards demolition of the current pier and pre-construction work. The design, selected through a city-sponsored competition, will replace "an aging icon" - a 1970s inverted pyramid structure that occupies the pier's head - and focus on integrating flexible, community-oriented program throughout the site and surrounding area.

“Each of the pier’s past incarnations had its own set of programs and uses, some more ambitious than others,” commented John Curran, studio leader at ASD and lead project manager for the new pier. “The ones that succeeded appealed to both visitors and residents, and were active day and night, throughout the year. This flexibility was essential to our approach to the new design.”

A consortium of Tampa-based ASD, Rogers Partners Architects+Urban Designers, and Ken Smith Landscape Architect has been announced as winners of the second St. Petersburg Pier redesign competition. Chosen after the city failed to implement Michael Maltzen Architecture’s competition-winning proposal due to strong public opposition, the new winning scheme, "Pier Park" takes a more scaled down (and affordable) approach to redesigning the site's landmark 1970s pier by focusing on public experience rather than architectural intervention.

Read on after the break for more on the $46 million Pier Park proposal.

After deliberating over eight shortlisted proposals to reimagine the St. Petersburg Pier, the Pier Selection Committee has narrowed the competition down to three designs. Though the proposals vary widely in aesthetics, the finalists all approached the project as an opportunity to express the past while embracing modern forms and incorporating strong public programs.

Next on the agenda, the Pier Selection Committee will conduct an initial public meeting on April 23 in which finalists will present clarifications on their designs, followed later that day with a second meeting to announce the teams' rankings. Based on these proceedings, one design will be chosen for further development, in collaboration with the city. Check out the three finalists, after the break.

After public outcry rejected Michael Maltzan Architecture’s winning entry “The Lens,” which sought to replace St. Petersburg Pier with an ambitious sail-like concrete canopy and aquatic habitat, the fate of the structurally inapt inverted pyramid remained in limbo. Now, two years after the culmination of the original competition, the City of St. Petersburg, Florida, alongside the preservations of the Concerned Citizens of St. Pete, has selected eight scaled back proposals in hopes that one will provide a sensible solution that will both maximize the pier’s potential and satisfy the locals.

Shortlisted competitors, including FR-EE / Fernando Romero EnterprisE, Alfonso Architects, and Rogers Partners, received a $30,000 stipend to submit these preliminary design concepts, complete with reports, renderings and cost estimates. Take a look at all eight proposals, after the break.

The first to use this type of free-form geodesic geometry in the United States, HOK’s Salvador Dali Museum is a Floridian landmark in St. Petersburg known for housing one of the most important collections of a single artist’s work in the world. Referring to it as “The Dali,” architect Yann Weymouth and museum director Dr. Hank Hine discuss their intentions behind the building’s design in this interview with TheCoolist.com.

Alfonso Architects have been awarded the building project for the Museum of the American Arts and Crafts Movement (MAACM) in St. Petersburg, Florida. Hundreds of objects from the early 20th century movement - including furniture, pottery and paintings - have been offered by the museum's patron, art collector Rudy Ciccarello, in collaboration with the Two Red Roses Foundation.

Galleries and exhibit spaces, says lead architect Alberto Alfonso, are inspired by the "detailing and customization of materials and joinery" characteristic of the era. The four-story, 90,000 square-foot museum "is a tremendous gift by Mr. Ciccarello for the city of St. Petersburg and our state," adds Alfonso.