Dalibor Vesely, a celebrated architectural historian, philosopher and teacher, died this week in London aged 79. Over the course of his teaching career, which spanned five decades, he tutored a number of the world’s leading architects and thinkers from Daniel Libeskind, Alberto Pérez-Gómez and Robin Evans, to Mohsen Mostafavi and David Leatherbarrow.

Vesely was born in Prague in 1934, five years before the Nazi occupation of Czechoslovakia. Following World War II, he studied engineering, architecture, art history and philosophy in Prague, Munich, Paris and Heidelberg. He was awarded his doctorate from Charles University (Prague) having been taught and supervised by Josef Havlicek, Karel Honzik, and Jaroslav Fragner. Although later he would be tutored by James Stirling, it was the philosopher of phenomenology Jan Patočka who, in his own words, “contributed more than anyone else to [his] overall intellectual orientation and to the articulation of some of the critical topics” explored in his seminal book, Architecture in the Age of Divided Representation, published in 2004. 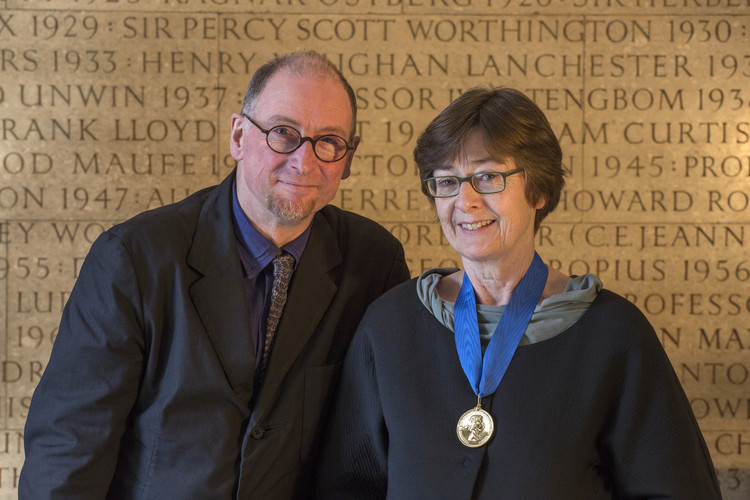 Joseph Rykwert among the Winners of the 2014 UIA Prizes

At the UIA World Congress last week, Joseph Rykwert was awarded the Jean Tschumi Prize for his work in architectural criticism and teaching over the past six decades. The prize adds to a fantastic year for Rykwert in which he received the RIBA Gold Medal and was awarded a CBE by the Queen. Read on after the break for all the winners of the 2014 UIA Prizes.

Architecture critic Joseph Rykwert has been rewarded for his services to criticism by the Queen, receiving a CBE in this year's birthday honours list. The honour continues a good year for Rykwert, after being awarded the RIBA Gold Medal in September. Also included on the birthday honours list were Alan Stanton and Paul Williams, founders of the 2012 Stirling Prize-winning Stanton Williams, who each received an OBE.

Architectural critic, historian and writer Joseph Rykwert, 86, has been named as the recipient of the 2014 RIBA Royal Gold Medal, one of the world’s most prestigious architecture awards. Given in recognition of a lifetime’s work, the Royal Gold Medal is approved personally by the Queen and is presented to a person or group of people who have had a significant influence on the advancement of architecture.

Describing Rykwert’s recognition as “long overdue,” RIBA President Stephen Hodder stated: “Joseph's writing and teaching are rare in that he can deliver the most profound thinking on architecture in an accessible way. All our lives are the richer for it.”