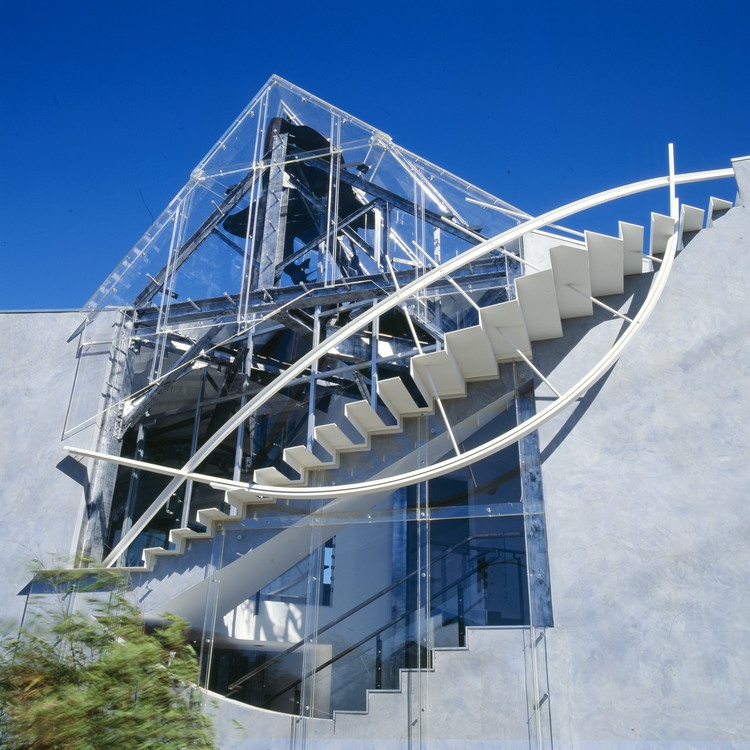 Architecture That is Good Enough to Eat at LA Restaurant Vespertine

“As soon as we were able to get into the space we wrote the entire menu in basically a day. It was being in the building itself that had this creative charge about it,” said chef Jordan Kahn.

At LA chef Jordan Kahn’s new fine dining adventure, it was the architecture which informed the menu.

After starting and stopping for nearly 20 years, a 17-story Deconstructivist tower by Eric Owen Moss Architects seems to finally be underway in Los Angeles’ Culver City neighborhood after construction permits were approved earlier this year. Originally known as the Glass Tower, the project has been revived as (W)rapper, a nod to the structure’s enveloping steel exoskeleton.

A new flythrough video of the project shows the inside and out of the 230-foot tower, including its double-height and mezzanine office levels, as well as a spacious rooftop terrace. In total, the building will offer 160,000 square feet of office space and two levels of underground parking. Located adjacent to the Expo Line’s LA Cienega/Jefferson station, the project was originally envisioned as a multi-tower development in the late 90s, before being reduced to its current form.

Taking place Saturday, August 18 from 10am-2pm, the Society of Architectural Historians/Southern California Chapter will explore the transformative power of architecture, art and design at Culver City’s Hayden Tract, where award-winning architect Eric Owen Moss has been creating innovative structures for 25 years. In creating a vibrant community for creative workers in what was once a bleak industrial area, we begin to ask ourselves, ‘Can architecture be used as a catalyst for positive social change?’

As part of As part of the series of Architectural Workshops by Architects and Designers series by Ajman University of Science & Technology, Eric Owen Moss will be presenting a workshop titled, ‘Who Says What Architecture Is?’ from November 14-17.

For more information on the workshop, you can contact Eyad Jumaa at i.abdaljawad@ajman.ac.ae. You can check some of the projects we’ve featured by Eric Owen Moss right here, and don’t miss the great interview he gave us in his office!

Austrian Pavilion at the Venice Biennale

The Austrian Exhibition at the Austria Pavilion for the Biennale di Venezia 2010 is designed and curated by Eric Owen Moss. More images after the break.

When I visited Eric Owen Moss’ office to interview him, I saw a big book on a desk titled “Eric Owen Moss Construction Manual”. Given the complex type of works he does, I first thought it was a guide for new architects that joined the office, regarding file naming, color codes, etc.

But after talking with Eric, he told us about his new monograph published by AADCU. The book (3″ thick) presents 40 works (built and unbuilt) by EOM designed between 1988 and 2008, including recent buildings such as the Multimedia Tower and 3555 Hayden Studios, and projects such as the Warner Parking and Retail, Republic Square and Glass Tower.

The works are very well documented as you can see on the below photos, including several physical models and detailed drawings used to study the complex forms developed by EOM.

Eric Owen Moss Architects designed a multi-media tower which will sit at the primary entrance of the re-developed zone in Culver City, California. The objective of the tower is to distribute art and other relevant content to the local and in-transit audiences passing by the site.

Further project description and more images after the break.

Eric Owen Moss Architects created a mixed use tower that neighbours the capitol building in Almaty, Kazakhstan. The republic square is part of a large-scale development across the city of Almaty.

The tower itself is 126,000 square feet that will be divided up between retail, office, hotel and residential spaces. The building is a long tower which is anchored to the ground by a 38 meter diameter spiral. This feature will enclose an indoor plaza or ‘winter garden’ connecting the two sides. The spiral provides major support for the structure and encapsulates the five public venues near the ground level. In between these five spaces, four courtyards let natural let in and are each shaped to represent the four seasons of the year.

Seen at designboom. More images after the break.

The glass tower by Eric Owen Moss Architects is encouraging the re-development of South Central Los Angeles with this project. The building has been in planning since the nineties but was stalled for some years until it was re-designed in 2006 as a single tower.

A rail line installed nearby spurred the redesign. The structure is part of the redevelopment of South Central LA, an area plagued with poverty and violence for many years. The project was originally conceived of with a structural strategy, consisting of curvilinear ribbons wrapping two main volumes.

The new design remains very similar with the same ribbon theme, but as a single volume. as the area’s only high-rise, office tenants will enjoy wide, open views of the city. a train stop sits directly outside the building, but car parking was also a main concern for the architects. The aforementioned ribbon scheme provides the building’s structure, making each floor completely open. The ribbons are made from steel tubes filled with concrete. Each floor was the same flexible plan but comes in three distinct heights of 13, 16 and 24 feet, to offer further flexibility.

Seen at designboom. More images after the break.