Architecture of the Afterlife: Crypts, Tombs and Mausoleums 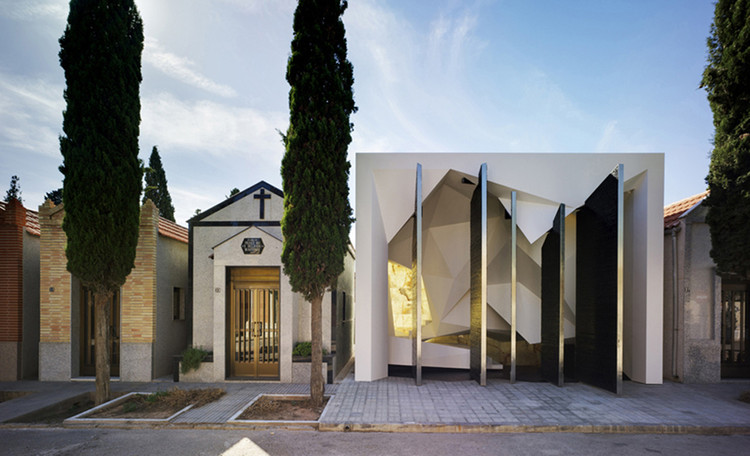 The Royal Institute of British Architects (RIBA) has announced Italian architect Benedetta Tagliabue as the 2013 recipient of the annual RIBA Jencks Award for her contributions internationally to both the theory and practice of architecture.

From September 29th to December 8th, the exhibition dedicated to the work of Toni Cumella will be open. His works in ceramic have been utilised by architects such as Enric Miralles, Alejandro Zaera-Polo, or Jean Nouvel. These collaborations made his material became part of the image of Barcelona, being part of the construction of La Sagrada Familia, and the restoration of Casa Batlló and Parc Güell.

Focusing on the 4 main fabrication processes in use at Ceramica Cumella – extruding, casting, pressing and revolving – Shaping Ideas presents the work of Toni Cumella and the application of his ceramics in some of contemporary architecture’s most significant projects.

Miralles Tagliabue (EMBT) was recently awarded first prize in the International Competition for the New Campus of Fudan University School of Management in Shanghai, China. Fudan is part of a network of universities and their respective buildings located in Shanghai, Fudan is also a very special and unique university with an extensive history and a very unique character. Besides the main campus, there are two new components. These components are not closely located, they are separate pieces, so in order to establish the connection the buildings must convey the identity of Fudan and contemporary life.