“Our approach is looking for the maximum integration of the metro station’s access into the urban context. The access is made through a slow slope with stairs that invites the people coming out of the station to participate on the square. A pergola-roof is covering the entrance, the installations and the building of the station, the bicycle parking and continues on an important part of the square, protecting an area dedicated in the future to a periodical market (organized on Wednesday and Friday).”

“The idea was to give a new identity to this place, with a glance to the origins of many of his inhabitants. We would like to transform this grey and abandoned place into a vivid and colorful square, which inspires joy and optimism. This is why we based the motives of the pavement, the shapes and the colors of the roof on the tissues, decorative motives and colors from Africa.”

Once entering the Metro Station, circulation is established within a single space illuminated by natural light. The character of this space is given by the panels that cover the organic shape of the void, the same as the panels of the outside pergola.

By 2030, the Grand Paris Express project is expected to serve two million passengers daily, adding 205 new miles of track and 72 new stations that will connect to three airports and France's high-speed rail (TGV). Elizabeth de Portzamparc (AECDP) has already been awarded the commission for the Bourget RER station. A winner of the Saint-Denis Pleyel station will be announced late October. 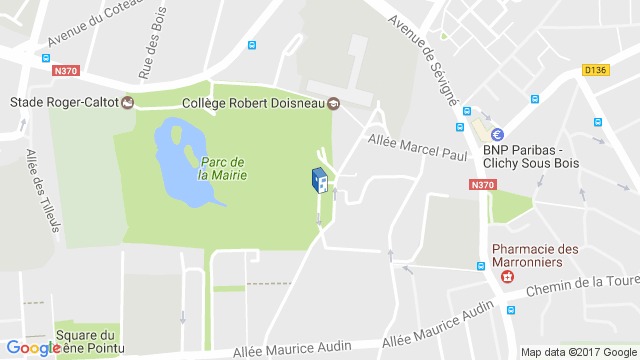