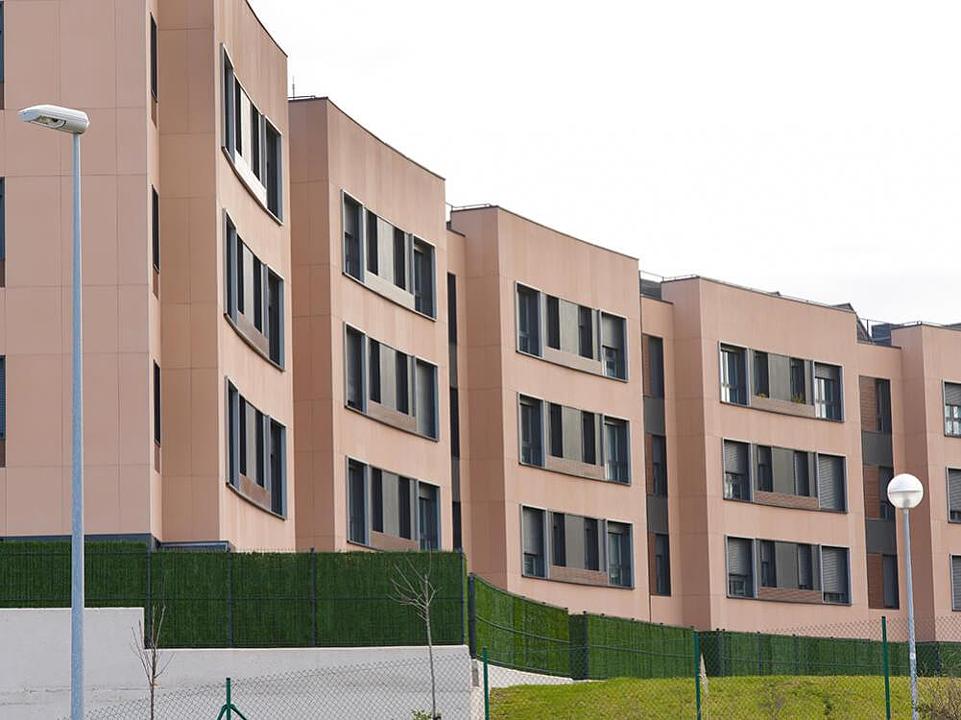 In Torresolo, Leioa, Spain, a project of 108 homes has been built in a new residential area. The project had to pay particular attention to the unevenness of the land and the integration of the building into its surroundings. The plan was generated from a curved plot; large windows can be opened on the facade with detailing breaking up the facade further.

The ventilated facade is made of polymer concrete by ULMA, specialists in ventilated facade panels. The installation of the facade was carried out in only 6 months, due to the ability to adapt the panel sizes by the architect in collaboration with ULMA. The sizing of the panels was dictated by existing gaps and ideal dimensions for manufacture in order to reduce costs. The ability to adapt the panels to 1800mm x 900mm was an important aspect of the project offered by the Creaktive range and allowed the project to remain within budget.

The ventilated facade is a building cladding system which leaves a ventilated chamber between the cladding and the insulation of a wall. It is considered the most efficient system for resolving the building’s insulation, eliminating the unwanted thermal bridges as well as the condensation problems and so achieving an excellent thermal-hydrometric behavior of the building.

The ventilated facade system helps reduce the bioclimatic needs of the building because the ventilated chamber avoids thermal bridges and functions as an insulating and protective air chamber. Condensation problems are also avoided which helps the thermal-hygrometric behavior of the building. This leads to several advantages:

The majority of panels are rough finish products from ULMA’s Creaktive range combined with Air panels from the Vanguard range in black. Air finish is a smooth surface that adds a continuous uniform finish. ULMA offered an integral service, not only supplying and installing the ventilated façade but also providing a solution for the extruded aluminum window frames around the large facade windows.

Cymat Technologies Ltd.
✕
Thank you for your interest in this product! Maybe you'd like to request a quote for these similar products?
Get a Quote