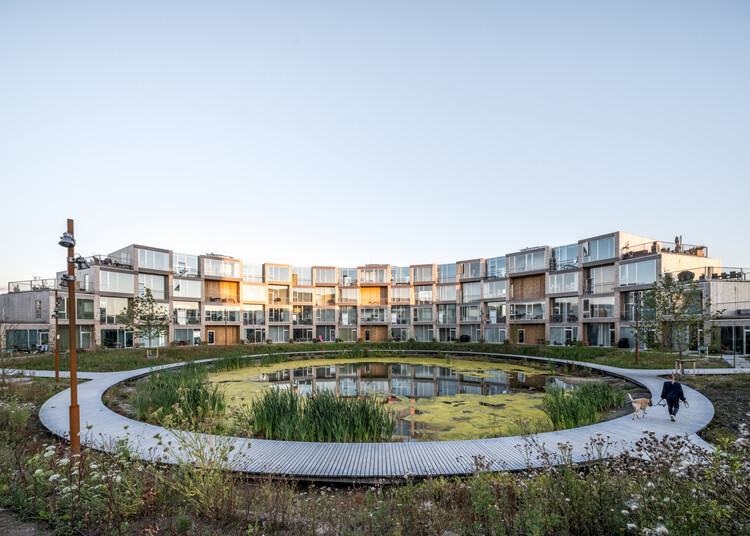 Text description provided by the architects. The ‘Sneglehusene’ is BIG’s contribution to the ambitious master plan of Nye, a neighborhood developed north of Denmark’s second-largest city, Aarhus. Conceived as a porous wall, a total of six buildings gently curve around a pond and a green boardwalk at the heart of the development.

The ‘Sneglehusene’ consist of two kinds of stacked modules, which are repeated to create the characteristic checkered pattern. The modules have 2,5- and 3,5-meter ceilings, respectively, and their stacking creates generous indoor spaces, floor-to-ceiling windows as well as an outdoor terrace in each home.

BIG Landscape has designed the landscape on the ‘Sneglehusene’ site. Green paths and meeting points between the buildings offer comfortable pockets for small talk and play among neighbors. The center of the ‘Sneglehusene’ is marked by an artificial pond, defining a retreat for the community.

The pond manages rainwater runoff, which flows to it from canals integrated into the site. Furthermore, the pond is connected to a system for Secunda water, developed and supervised by the local water plant, Aarhus Vand. The system reuses water, collected from the entire Nye neighborhood, cleans it, and leads it back to all homes to be used for toilet flushes, rinsing clothes, etc.

The ‘Sneglehusene’ is BIG and Cj Group’s second collaboration. Following the success of the affordable ‘Dortheavej Residences’ in Copenhagen, Denmark, the team was granted a rare opportunity to further adapt and evolve the modular housing concept into an increasingly refined design for the neighborhood of Nye. 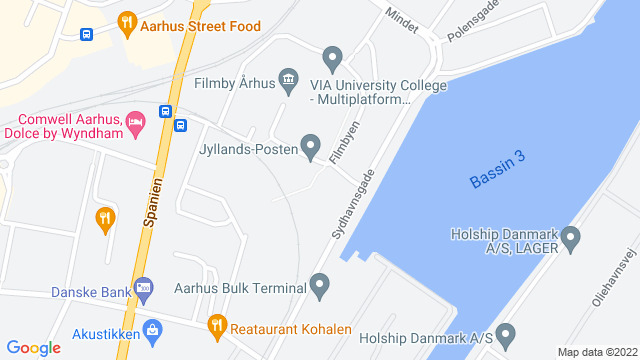 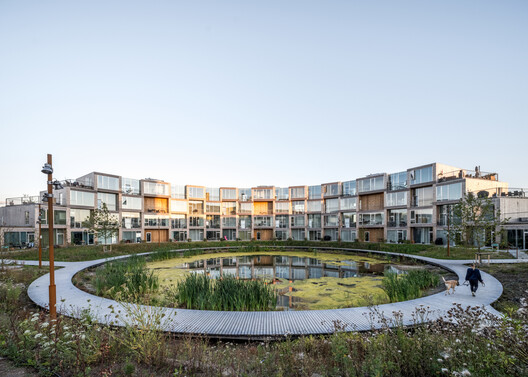