Text description provided by the architects. The manufacturing world is in the middle of a worldwide rapid transformation. Planetary urgencies, new production needs and constantly changing standards are just a few of the factors that are driving the industry into a new augmented dimension. This is the starting point of an ambitious project, carried on by the architectural and digital design studio Calibro Zero (Francesco Carota, Margherita Iperique, Giorgio Salza), in partnership with the Architect Federico Gatto and the Engineer Marina Carbone, for CIM 4.0 (Competence Industry Manufacturing), an Italian excellence center realizing and promoting educational and open innovation programs to help Italian enterprises in their transition towards the industry 4.0.

The design concerns the reuse of a former educational space in the city of Turin for the realization of a pilot line dedicated to digital manufacturing: a highly innovative space, both in structural and programmatic terms, in which small and medium enterprises can test their products and processes before going to the market. To achieve this goal, Calibro Zero has questioned consolidated and obsolete spatial divisions based on typological functions and categorizations, hosting a hybridization of different functions in a single space: from the exhibition space to small industrial production, from office activities to the experimental laboratories up to training and educational activities.

The design revolves around concepts such as reconfigurability, flexibility, and humanization of the production space, combining typically industrial spatial and material strategies with inspirations derived from the domestic and theatrical world. Thus, the new Digital Pilot Line is characterized by a recognizable image that intuitively represents the CIM 4.0 brand and the values of which the Competence Center is the bearer.

The demolition of existing internal walls gives shape to an open and synergic space in which multiple social activities and practices can converge, intersect and reconfigure themselves flexibly according to contingent needs. The spatial organization thus allows the overlapping of different flows of people and uses of space where the operational areas alternate with rest areas, in which CIM4.0 experts can show and let visitors see the spaces even in a full working capacity.

The perimeter wall is conceived as a support infrastructure for the changing arrangement of furnishing elements. Made with a continuous counter-wall in blue grating panels, the cladding system, specially designed and built for the occasion, allows hiding the external electrical system with a continuous surface on which to place various furnishing components (such as shelves, desks, screens, etc.) which, equipped with a common hooking system, can be easily removed and repositioned.

The internal partitions are made of a curtained system, making it possible to divide the space into distinct areas on the basis of different needs. These movable walls can be open or closed according to the activities to be carried out, as well as completely repositionable, so as to produce the different configurations over time. All these elements contribute to making the space highly reconfigurable and responsive, as well as aesthetically well-finished, responding to the challenges of a productive world that is moving towards an augmented dimension and reaching what Klaus Schwab has defined as his fourth revolution. 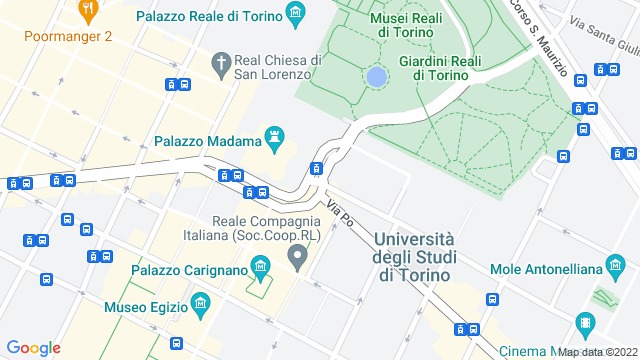