The 8th March is a date set by the UN in 1975 to remember the struggle for equal rights and universal suffrage. This commemoration brings together the efforts of women who demanded their right to vote, work, professional training, hold public office, and fight discrimination in the workplace. This struggle is the fruit of the work of women who sacrificed themselves for the cause. Various events that we experience on a daily basis show that the social situation has changed. However, it is essential that both men and women commit themselves to progress and justice in order to make things happen. 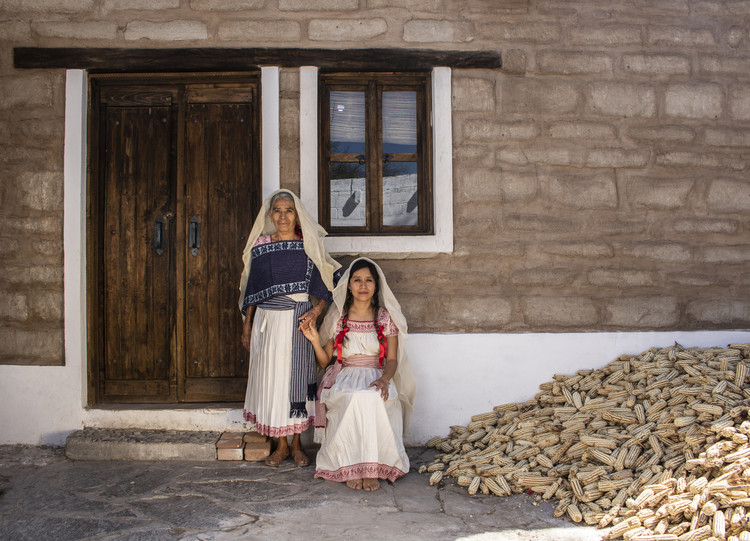 The struggle in the field of architecture in Mexico has been represented by various women who have gone against the tide, leaving a significant mark on history. Such is the case of María Luisa Dehesa (1912-2009), who was the first woman in Mexico to receive the title of architect, or Ruth Rivera Marín (1927-1969), daughter of the writer Guadalupe Marín and the painter Diego Rivera, who was the first woman to enter the School of Engineering and Architecture of the National Polytechnic Institute of Mexico.

At ArchDaily, throughout the year we make a constant effort to make these practices visible by shedding light on projects and research that address issues of collectivity, equity, violence, invisibilisation, urbanism and architecture led by women, which stimulate the feminist struggle and contribute to building better spaces and cities for new generations, laying the foundations for the future and showing a new way of doing architecture with a gender perspective. That is why, taking a look at their architectural production in recent years, we have compiled a series of articles and interviews that present urban and architectural research and projects led by women architects, as well as women-led offices in Mexico.

Mónica García: "In architectural illustration I found a medium to tell stories without words"

In July 2019, Mónica García founded Vista en Planta, a creative project that fuses illustration and architecture as an alternative graphic representation. Since 2019 she has been practising her career as a digital illustrator independently and professionally, producing works in different formats. With this she seeks to humanise the way we see architecture, creating a personal and close link to exploit the creative side. In this interview, different questions unfold that address issues about architectural representation and the creative processes of it, from a very intimate and personal point of view that connects with the youngest architects.

Rosario Argüello: on the conservation of local techniques and materials in rural zones in Mexico

Rosario Hernández Argüello (Mixquiahuala de Juárez, Hidalgo) is an architect and graduate of the Universidad Autónoma del Estado de Hidalgo (2015). Her professional career has developed around the study of traditional techniques in Mexico, carrying out social interventions in different states of the country. She has worked as an architect in offices such as Raíz Arquitectura and collaborated in reconstruction projects in the state of Chiapas. In this conversation, you will learn a little more about her personal interests, lessons and experiences that have been building a working method that seeks to revalue the construction processes of indigenous people in regions such as Oaxaca, Hidalgo and Pachuca.

Sandra Calvo: Self-construction and migration, on resilience and local knowledge from a participatory excercise

The Mexican artist Sandra Calvo has dedicated herself to exploring and making visible some of these themes in order to present a register in which a strong critical presence is deployed that is sustained by the discipline that demonstrates an awareness of the context she studies. Political, economic and social factors that are not only related to one country, but to a constant migratory movement within the globality that we inhabit, are interwoven here. On this occasion we present an interview that represents a leap into the depths of all the work that Sandra Calvo has been doing in recent years.

"Focusing on Architecture as Process": Interview with Elena Tudela, Curator of the Mexican Pavilion at the 2021 Venice Biennale

In this interview, Elena Tudela - one of the curators of the Mexican Pavilion for the 17th International Architecture Exhibition of the Venice Biennale 2021 - talked about the different challenges and reflections that took place during the selection process of the participating projects to the conception of "Displacements".

We talked to Mexican architect Lucía Villers about her interest in understanding time in architecture, through projects and research of transformation and recovery. Her work is divided into architectural and research projects. Time is an obsession that Lucía has had since she was a child. "When I was travelling by car and looked at the landscape, I would suddenly realise that a mountain was moving slower and what was close to me seemed to be moving faster. I always had a lot of questions about the perception of time. Sometimes it seems to go by very fast, then very slow".

As a result of the march on the 16th August 2019, a debate was opened on social networks in which the different damages caused were discussed, as well as whether the graffiti on the Angel should be removed or not, so a group of women dedicated to restoration took a stand to give their professional opinion, demanding that the authorities carry out a search prior to the removal of the graffiti. The collective titled #RestauradorasconGlitter is made up of around 410 professionals from different disciplines and to date has around 5,000 followers on Facebook and 2,000 on Twitter, where through a letter they set out their position as a collective and as a guild. In this interview for ArchDaily, Norma García, Daniela Pascual and Sofía Riojas give a deeper insight into how the collective was formed, as well as their intentions and their stance on a social movement of such impact.

"Acts of domination and patriarchal violence in architecture" is a campaign carried out by Mariana Ordoñez and Jesica Amescua through their Instagram and Twitter accounts, together with the collaboration of Ximena Ríos during the month of August 2021. It arises from the need to reflect in a self-critical and profound way on the violence and acts of domination that are exercised from the profession of architecture.