Save
What Is the Fibonacci Sequence and How Does It Relate to Architecture?
Share
Or
Copy

One of the most famous series of numbers in history, the Fibonacci sequence was published by Leonardo of Pisa in 1202 in the "Liber Abaci", the "Book of Calculus". The famous sequence of numbers became known as the "secret code of nature" and can be seen in the natural world in several cases. But, after all, how does this sequence relate to architecture?

Leonardo of Pisa, better known as Fibonacci, wrote his series of numbers (1, 1, 2, 3, 5, 8, 13, 21, 34, 55, 89, 144, 233...) to solve a hypothetical problem of breeding rabbits in your Calculation Book. In its content, the fundamental thing is to know that whatever the number in the sequence is, it is the result of the sum of the two previous ones. For example: 2 + 3 = 5, 5 + 3 = 8, etc. This constant creates a very close relationship with the golden number (1.61803399), called the golden ratio, which mathematically represents the "perfection of nature". After all, when dividing a number from the Fibonacci sequence by its previous one, the result will be closer and closer to 1.618. The higher the numbers chosen, the closer the result is to the golden ratio.

Antiquity already studied this proportion given by the number of gold and applied it in their constructions and artistic works, as it was said that it has the characteristic of being naturally pleasing to the human eye. Therefore, it can be verified in several architectural works such as the Parthenon, in which the width and height of the facade follow the golden proportion; in the Egyptian Pyramids, in which each block is 1.618 times larger than the block on the level immediately above, and in some of them the inner chambers are 1,618 times as long as they are wide; and even at the Taj Mahal, which some theorists link its design to the proportion of gold.

These ratios of proportions bring several possible readings in how the scale of architecture and the way a building is designed is given, even unconsciously, by the Fibonacci sequence, since one of the attributions of a building made by an architect is that it is beautiful, pleasing to the eye: quality generated by the proportion given by this mathematical series.

More than that, this sequence of numbers can be found in several species of nature - from the snail to the sunflower, in its most classic examples - and it is also present in the human body as shown in Modulor, one of Le Corbusier's most famous publications. Launched and revised in the middle of the 20th century, this study demonstrates the effort of one of the most famous architects in history to find the mathematical relationship between the measurements of man and nature. By looking into the investigations that both Vitruvius and Da Vinci did, the French architect presented a system of measurements on a human scale based on the golden ratio. Composed of three main measurements, the final model of the Modulor arrives at a human body that is divided into three intervals that generate a golden section: a man with 1.83m, who with his arm raised would be 2.26m tall and at the navel 1.13m, which is half.

Nowadays, fortunately, the discussion about the standardization and universalization of the human body is much more advanced and does not just surrender to mathematical factors. Furthermore, many mathematicians and designers already question the fact that the golden ratio is a universal formula for aesthetic beauty. According to Keith Devlin, a British mathematician and expert on the subject, all theories that cover aesthetic appeals according to this constant exist only because we humans are good at recognizing patterns and we ignore everything that contradicts them. In short, it is a debate that will remain constant, after all, scientific data are not enough to translate what is beautiful - this notion being subjective and created according to a person's own references and cultures. However, it is a fact that the golden ratio was of fundamental importance for the cultural sector and in the construction of an aesthetic sense, especially in the West. Furthermore, it is worth mentioning that it was not on this side of the globe that the Fibonacci sequence was written for the first time, it had already appeared in a book on metrics written by the Indian mathematician Pingala, between 450 and 200 BC, demonstrating that the sources of beauty and wisdom go beyond the European cradle. 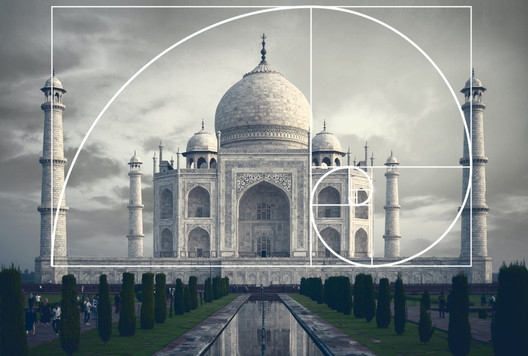