Save
IZY Kindergarten and Nursery / HIBINOSEKKEI + Youji no Shiro 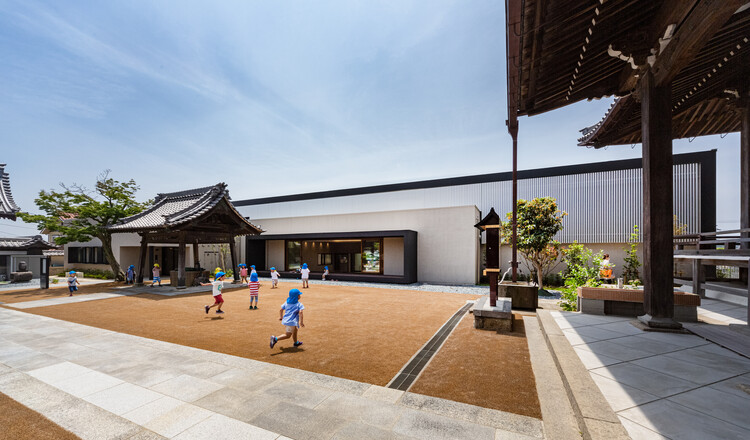 Text description provided by the architects. A newly built kindergarten and nursery in Aichi, Japan, with the concept “Learn the Local and Stimulate 5 Senses by See, Touch and Feel”. This town used to flourish as a carpenter's town, called “Yokomatsu Daiku” and there are many shrines and temples built by them. Through contributing to the succession of the town's history and culture, This kindergarten and nursery were built for children to see, touch, feel materials and grow 5 senses while learning their local history and culture.

IZY Kindergarten and Nursery started in about 1945 as a nursery in farmers’ busy seasons. Then the nursery building was built with the fence which separated the nursery from the temple. Recently, because of the declining birth rate, nuclear families, using SNS more and too much security, the chance that children play and talk with people of other generations has decreased and it’s reported their communication ability has decreased. From this background and history, this facility is planned so as to make it closer to the temple again and create a new communication among people of various generations.

In the facility built in the precincts, there are a building opening like a picture frame with the scenery of the precincts, and vertical louvers that create shades. As the key color, grey is used for the exterior, matching the color of the temple, gate, and roof tile of the washstand.

In a public area, wood and tile change depending on the situation of a kiln. With these materials, children can see, touch, feel and grow their sensitivity. At the same time, that kind of natural texture in the architecture of kindergarten and nursery creates a sense of unity with the temple.

On the way from the front approach of the temple to the playground through the inside of the nursery, there are a library, a net climbing, and a workshop space. These areas stimulate their curiosity and help children with creating plays.

The dining room connected to the precincts is a comfortable space with a full-open window and also makes a new communication between children, staff, visitors, and neighbors. In these ways, children can grow their sensitivity and creativity in an environment where people can feel the warmth of temples and neighbors, and feel the culture and history. 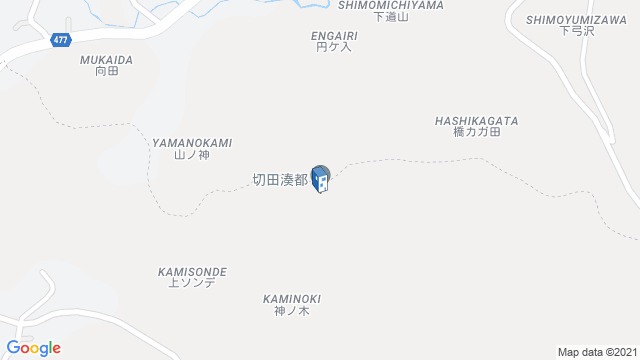 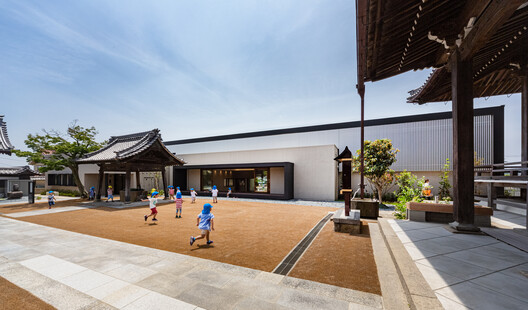