In this week's reprint, author Andrés Duany presents a series of statements from today's architectural world. He considers that these understandings are the product of our times, a direct reaction and a consequence of the observed patterns.

In response to an age of social stress, of nature undermined by patterns of human dwelling, refusing contamination by the commercial, the esoteric and the transient, we are in agreement:

That architectural expression should derive from its urban, cultural, and climatic context, and not only from the will to form of the designer.

That architecture should be in continual evolution, but not under the thrall of fashion cycles. Buildings are not a consumer item.

That most buildings cannot avoid responding to the market, but should avoid being deformed by it. It is a role of architecture to assuage the savagery of commerce.

That architecture requires the support of environmentalism, engineering, and sociology, but should not be dominated by their prerogatives.

That participation in a permanent avant-garde is an untenable position. Architects at the peak of their abilities should not be marginalized because their time of fame has passed.

That even as buildings reflect the character of a place, they may acknowledge that architectural influence has migrated along cultural and climatic belts to markedly positive effect.

That architectural form should not be condemned by the culture wars. Buildings should be permitted to transcend the circumstances of their creation, becoming useful and beloved to subsequent cultures.

That there is a difference between the creativity necessary in the design process and the urge to invent, which may result in transient fame but also in permanent failure. The pursuit of originality condemns cities to incoherence and an architect’s work to unwarranted obsolescence.

That expecting a hundred thousand architects to perform for the estimation of a hundred self-appointed critics is an absurdity, and deeply humiliating to a learned and challenging profession.

That polemicists without the experience of building should be denied undue influence on the reputation of buildings and their architects. The academy and the profession are slightly overlapping epistemologies.

That architects should develop an unmediated voice in the popular press, explaining their own work, so that the public may intelligently assess the buildings they inhabit.

That the practice of both traditionalist and modernist architecture should have equal standing. They are for evermore parallel, persistent realities. Buildings should be evaluated not by their ideology but by their quality.

That architects should endeavor to contribute to all scales of design by participating in the political arena. Urban policy should not be decided solely by words and numbers, but also informed by the clarity of drawings.

That architects should demand clear standards of design rather than being subjected to the personal opinions of committees and politicians. Unless rules exist, subjective review by empowered ignorance will continue to bedevil architectural designs.

That architects should arrange post-occupancy evaluations of completed buildings. Feedback protocols are normal in complex technical activities. Whatever dismay must be endured will result in better subsequent performance.

That architects should not impose untested ideas on affordable housing. Failure is disastrous, as the residents are powerless to escape the consequences. Architects should, however, feel free to experiment with their patrons, as they can afford to decamp if necessary.

That urban design depends on architecture being practiced as a collective endeavor and not as a means of professional brand differentiation.

That architects should retake responsibility for the complex practice of urban design now dessicated by the metrics of codes, traffic counts, and financial spreadsheets.

That buildings should be designed to be partially durable as well as mutable. This is required by the longevity of urbanism.

That the large-scale of structures must be mitigated by the small-scale detail recognized by the fragile human beings whose environment is being designed. Architecture defined solely by abstraction is intimidation made concrete.

That each building should be coherently composed. The application of formal complexity is a false surrogate for an absent diversity. Authentic architectural variety results only when several architects design separate buildings in succession, responsive to the prior ones.

That architects should design concurrently with landscape architects. Landscape architects, in turn, should abdicate their preference for autonomous or dominant layouts. The earth is not a canvas, and nature not a suitable material for an art installation.

That architecture should respond to its context. However, if the available context is not suitable, then the proper response is to inaugurate one that is.

That architecture schools should accept the responsibility of teaching a body of knowledge, not strive to incite inventiveness among students. Supporting the rare genius of each generation does not warrant a pedagogy that flummoxes the merely talented.

That students should be taught sympathy for plain old good buildings, not just reverence for history’s thin stream of masterpieces. Aspiration only to the exceptional does not provide a practical model for professional education, nor can it lead to personal satisfaction.

That artists, sociologists, philosophers, linguists, environmentalists, and political scientists pretending to teach architecture should return to their departments, from which they can continue to influence architecture students in proper measure.

That the mental iron curtain now drawn between the history courses and the design studios be torn down. Knowledge of prior achievement has been the basis of human progress. Surely architecture cannot be the sole exception.

That students should be offered the alternative of an apprenticeship system. There has been no more effective method of learning architecture. Historically, as many fine architects have learned from apprenticeship to a master as have graduated from academies.

That the history of architecture should also include the masters of its administration. Talented students who are not wholly convinced by the importance of aesthetics should know of the alternative. Governments everywhere are sorely in need of design thinking.

That architects, like attorneys, should dedicate a portion of their time, without compensation, to those who would not otherwise have access to professional design.

That architects in practice should allocate a portion of their time to research, and to the sharing of the learning by teaching and writing.

That the commercial success of kitsch in building does not confirm that most people will accept only what is known to them. The rear-view mirror must be periodically broken—especially when a strong market allows it.

That buildings should incorporate progress in construction materials and methods, but only when justified by the improvement conferred, not for the bragging rights of newness per se.

That techniques of mass production should be included among the options for building; but they should not become a crutch to determine the form of the building at the expense of humane criteria.

That graphic technology should not determine the design of buildings. Computer-aided design is an instrument of efficiency, not a determinant of form. Because a shape can be depicted does not mean that it should be constructed.

That an authentic contemporary architecture must be driven by the need to make good buildings available to the largest number of people. Only what can be produced in great quantities is consequential to the reality of the future. Architecture is not an exception.

That architects should risk engaging the industries that produce mobile homes and the mail-order plan services. These are proven systems for delivering affordable housing without subsidy. Their reputation for low quality can be overcome by the participation of the best designers.

That architects should privilege the “original green” of traditional buildings, resisting the high-tech blandishments of the certification guilds. Low-tech environmentalism will better survive the difficult century that is upon us. 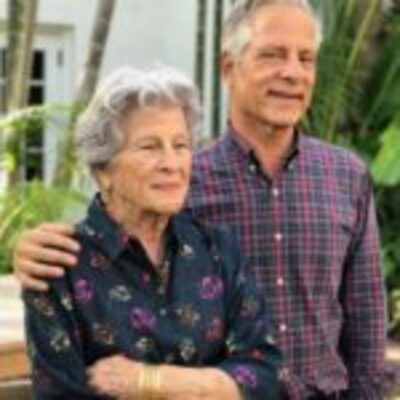