Studio Gang has revealed 63rd House, its design for Blue Tin Production's new manufacturing studio in the heart of Chicago’s southwest side. The new headquarters, which is an adaptive reuse project of Chicago's two-story brick post office that was built in 1920, will feature a mix of meeting and artist spaces around a central community room, "centralizing workers’ well-being, deepening connections with neighborhood residents and partners, and building long-term economic mobility and racial equity across the city". 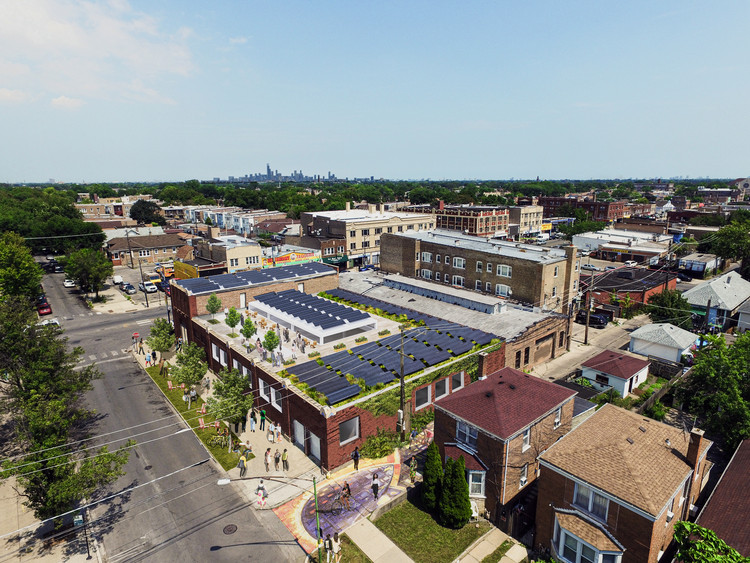 Blue Tin Production is the United States' first apparel manufacturing company run by immigrant, refugee, and working-class women of color. The architecture firm wanted to maintain the garment manufacturer's ethos by designing a new headquarters that makes the most of its highly visible architecture, greeting the neighborhood with greenery and transparency.

The building will include naturally-lit interiors, flexible programming, and green spaces that break the paradigm of regular sweatshops and garment factories. Flexible curtains will be installed around a central, multi-purpose community room that’s naturally lit by restored roof lanterns. Smaller spaces will be placed around the community room for working, meeting, gathering, resting, and praying. At the back of the building, the studio will feature large, translucent doors that can pivot open to accommodate tours, sewing classes, and workshops.

To minimize the garment industry’s carbon footprint, PV panels and biodiverse vegetation will be placed on the building’s roof, with goals of generating enough energy to achieve net zero carbon emissions. The rooftop and its adjacent terrace will also house fashion shows, pop-ups, and recreational spaces that further promote mental and physical wellbeing.

We are so happy to partner with Hoda and the rest of Blue Tin Production to support a women-led, women-owned organization that is making bold change in the fashion industry and building a strong, caring community in the process. BTP demonstrates that a model founded on equity and environmental responsibility is not only possible—it can also result in the highest quality of craft. Partnering with their team to remake a neglected structure into a new headquarters that expands their impact and becomes an asset for the whole neighborhood is an example of the kind of micro-urbanism we are excited to help make happen. -- Jeanne Gang, Founder of Studio Gang

Last month, Studio Gang revealed the design of a honeycomb-shaped residential building, titled One Delisle that offers residents an all-year-round outdoor patio overlooking Toronto, Canada. The project is designed as a windbreaker inspired by a German beach chair known as the Strandkorb. The tower will include up to 47 floors, with each distinct penthouse spanning one-third or one-half of the 16-sided building, and will offer residents hotel-style amenities. 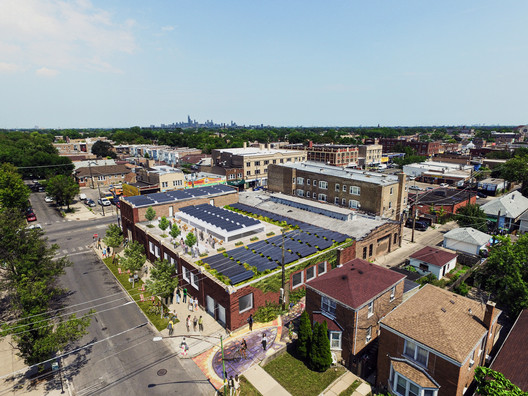