Construction on Zaha Hadid Architects' Masaryčka building in Prague has reached level three, with completed work on the retail levels on the ground and first floors, and ongoing work on the higher floors, which include cantilevered offices and terraced roof gardens. The 28,000 sqm project, which will replace an existing car park, is expected to open in 2023 with a structure that rises seven storeys towards its eastern section and nine storeys at its western end. 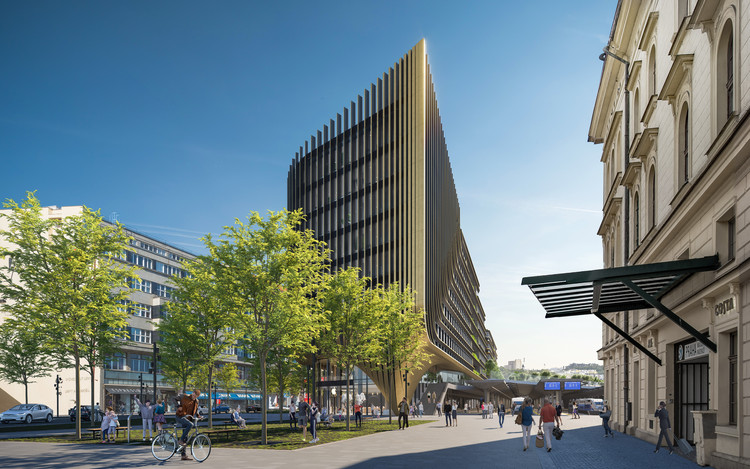 The architecture is defined by circulation routes that expand throughout the site, providing access to new civic spaces within the city's major transport hub. The design aims to provide a new pedestrian route between Na Florenci Street in the north and Hybernská Boulevard to the south, enhancing the circulation and accessibility to the station's platforms. This newly-introduced urban layout and its integration with the existing Czech Railways will create a new public park over the tracks that stands as a welcoming gateway to the city.

ZHA's design creates a dialogue between the urban fabric of Prague’s Old Town, known as ‘the city of 100 spires’, and the external "fins" within Masaryčka’s façade, transforming the project’s horizontal composition into a harmonious layout. Lush trees and shrubs are planted excessively throughout the site, providing the new district with shade and natural air purification. The plants will be irrigated by rainwater collection, and the centre will be supported with low-flow systems and grey-water recycling, further reducing water consumption.

The design also incorporates roof gardens and a triple-insulated façade, ensuring an abundant flow of natural light in all work stations and communal areas. Photovoltaic panels are installed to harvest renewable energy, while smart management systems will monitor and regulate the interior environment to reduce energy consumption.

Earlier this month, Zaha Hadid Architects has ranked first in a design competition for the redevelopment of the Vilnius railway station complex and surrounding area in Lithuania, with its ‘Green Connect’ proposal. Prioritizing pedestrians and cyclists, the selected proposal will upgrade the Vilnius railway station by incorporating a new public bridge over the railway tracks to connect the Naujininkai district to the south with the city center and Vilnius old town. 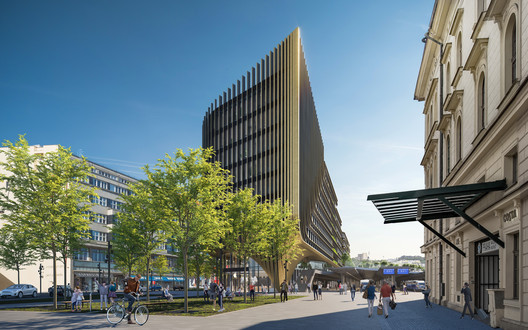