Save
Pandemic-era Street Spaces: Parklets, Patios, and the Future of the Public Realm
Share
Or
Copy

On a clear fall day in 2005, a group of friends and collaborators from the art collective Rebar commandeered an 8-foot-wide by 20-foot-long metered parking space in downtown San Francisco. This two-hour guerilla art installation evolved into Park(ing) Day, a global public art and design activism event that has been celebrated every year since. In 2009, Rebar and other design studios were approached by the City of San Francisco to prototype a more permanent version of Park(ing) Day. In response, we created one of the world’s first parklets in San Francisco (we called our version walklet), and through the diligent efforts of Andres Power in the Mayor’s Office and City Planning, San Francisco’s pioneering parklet program was born.

By early 2020, San Francisco had created 70 parklets in every corner of the city, and the city’s parklet program, now part of Groundplay SF, had become a model for cities around the world.

And then came the pandemic.

Public Spaces and the Challenges of Covid-19: UN-Habitat’s Small-Scale Urban Responses in Vietnam, Bangladesh and India

After the initial period of lockdown restriction, data emerged that anything we could be doing outdoors, we should be doing outdoors. Communities around the country then began to look to outdoor spaces and the public right-of-way to accommodate outdoor dining, pick-up and drop-off, exercise, socialization, and play. Outdoor dining programs like the City of San Francisco’s Shared Spaces and the City of Oakland’s Slow Streets were launched across the country.

The proliferation of outdoor dining spaces was mind-boggling. In San Francisco alone, there are more than 2,000 outdoor dining platforms (don’t call them parklets — parklets are by definition public spaces). All over the country, almost overnight, parking spaces and streets have been transformed into places for people. While many of these spaces have succeeded in their original intended purpose of supporting local businesses and accommodating public health guidelines regarding social distancing, it may now be that they have outlived their useful lives. While many cities are making the move to make the outdoor dining spaces permanent, due the rapid nature of their creation, only a handful of these spaces live up to the original ideals of the parklet program to contribute something meaningful to the public realm.

Communities around the country are grappling with the future of these temporary outdoor spaces. To tackle this question, I have been in conversation with peers in Oakland, Seattle, Vancouver, and other cities. My original thinking was that by default — because these spaces occupy precious curbside public right-of-way — the best outcome is that they all become parklets — that is public space, accessible during the city’s standard public space operating hours.

Parklets, by definition, are publicly accessible and open to all. They work best when their design cues create an invitation for many types of uses — from eating takeout from the adjacent restaurant or cafe to bike parking, or simply taking a pause on a busy commercial street for a chat with friends. In fact, during the pandemic, when many of our more traditional venues of social infrastructure like schools and libraries have been closed, these smaller spaces have become that much more critical for supporting the everyday casual encounters that are the basis of social cohesion and community building.

But what I’ve learned in the course of my conversations with peers from across the country has resulted in an evolution of my previous thinking, and here’s why.

Lessons from the “Emerald City”

Inspired by San Francisco’s parklet program, businesses in Seattle became interested in building parklets and approached the city in 2011. Today, Seattle has both a parklet program and a streatery program. Seattle’s parklets are much like those in San Francisco where a local sponsor designs, builds and maintains the space, and the city government issues the permit and ensures adherence to design standards. The streatery model is unique in that they provide commercial cafe seating during business hours as well as public access after business hours.

That’s right, it’s a hybrid public space. But how well does this work in practice? Do people use the streateries as public parklets after business hours? Has the city run into any issues regarding liability, or challenges with illicit behavior happening in the streateries when there is no one around to keep their “eyes on the street”?

According to my peers in Seattle, following an extensive community survey, they have concluded the following: Streateries perform well from an economic development perspective and have fulfilled a need in the city for outdoor dining, adding vibrancy to Seattle’s streets. They do provide a public benefit in terms of creating vibrant streets bustling with activity. (The city enforces strict design guidelines for streateries such as a 42-inch height maximum for surrounding enclosures that must be 50 percent transparent.) On the downside, streateries have not been perceived by the public as public space. The public amenities and invitation for use after business hours have been limited at best.

Seattle has some important lessons to share. First, private outdoor dining patios, like streateries, can contribute to economic development, social infrastructure, and create the public benefit of vibrant, safer streets when they adhere to basic good design principles. Second, the hybrid private/public space model sounds good in theory, but in practice, it’s hard for an average member of the public to navigate unless there are strong design cues in either direction. In other words, don’t expect your thriving commercial district’s outdoor dining spaces to fulfill a public space need such as public gathering spaces or non-commercial community seating.

But what can we learn from the Queen of the Northwest? As a social democracy, everything is better managed and more beautiful in Vancouver, Canada, so it’s no surprise that this city is leading the way for all of us regarding the future of outdoor public and private spaces. Vancouver’s parklets are very different from San Francisco’s or Seattle’s in that they are designed, funded, and built by the city. This has been good for adherence to design standards and ensuring high quality and beautiful parklets. The downside is that due to limited city funding and staff capacity, there were only a handful of parklets created each year.

In response to growing demand from restaurants and cafes, Vancouver also created a curbside patio program for commercial outdoor dining. Prior to the pandemic, six patios had been approved by the city. When the pandemic hit, the city created a temporary expedited patio permit process. Since June 1, 2020, the city has approved over 400 temporary patios on private and city property.

Following the initial success of the parklet program, but acknowledging the inherent obstacles of city-led parklets, the city stopped accepting new conventional parklet applications and instead focused their energy on a pop-up plaza program in partnership with local business districts, which has resulted in the creation of 20 nicely-designed plazas with broad public support. Vancouver found that for about the same amount of time and money as a parklet, they could create much more generous and useful pop-up plaza spaces. The second initiative is a community-focused parklet program, created in partnership with social service organizations in underserved neighborhoods like the Downtown Eastside. These parklets are designed and built by the city and programmed and managed with a dedicated community partner to offer such programs as health clinics and safe injection sites.

What this means is that as a citizen of Vancouver navigating the city’s streets you have lots of choices. You can choose to pay for seating and experience the buzz and vibrancy of the commercial outdoor dining happening in one of the city’s 400 patios, or you can walk a bit further down the street and hang out at the free public seating in a city-sponsored pop-up plaza or a parklet.

From my point of view, this is the right balance of public and private use of the curb lane in the public right-of-way. We all want thriving, economically vibrant commercial districts AND we want meaningful investment in high-quality and well-maintained public spaces in our neighborhoods. The role of the Vancouver municipality has been to be the referee — to ensure that in any given neighborhood or commercial district there are both public and private seating options.

So while my original view was that outdoor dining should be redesigned and converted to public parklets, I now see the powerful and important role that well-designed patios can play in adding to the social and economic vibrancy of our streets. What I don’t support is trying to force these tiny curb lane spaces to be all things for all people. Attempting to saddle commercial patios with public seating or public-use requirements both dilutes their ability to serve their primary commercial purpose and sends confusing signals to the public.

Nor do I support continuing to allow the free-for-all use of the curb lane that has occurred during the pandemic and which has resulted in the proliferation of low-quality, poorly designed, and potentially dangerous commercial outdoor dining platforms. Many of these spaces feel opaque and claustrophobic, blocking visual access to ground floor retail and obstructing city sidewalks.

Businesses who want to use curb lane space for commercial outdoor dining must recognize the immediate benefit of the use of the public right-of-way for their businesses and compensate cities for the use of the space. By pricing the curb appropriately, cities can generate revenue to support and invest in public realm improvements and city staff time to manage their outdoor space programs. Also, patios must adhere to basic good design principles like a 42-inch height maximum for surrounding enclosures; 50 percent transparent walls; and a direct, accessible connection to the adjacent sidewalk in order to generate the public benefit of vibrant, lively streets.

With the revenue generated from commercial outdoor dining patio permit fees, cities can then invest in the parklets and pop-up plazas that can continue to fulfill a crucial role for everyday, informal social encounters that form the basis of social bonding and community cohesion. Parklets and pop-up plazas work well when there is a dedicated sponsor or steward — like a community organization, or an adjacent sponsor which has an established take-out business model like an ice cream shop or cafe — who is in charge of daily maintenance and programming of the space. Public space is a verb, not a static object. Public spaces must be cultivated and maintained to flourish and grow so that they are best able to contribute meaningfully to a city’s social infrastructure and a diverse, inclusive, resilient public realm.

Landscape architects and urban designers have a crucial role to play in shaping the future of the use of outdoor spaces. As upholders of design quality, we can ensure that the next generation of commercial outdoor dining patios are well-designed and contribute to a high-quality and vibrant public realm.

As stewards of public space and the public realm, we can ensure that in any given neighborhood or commercial district, there are beautifully designed public spaces, with generous public seating and lively programming, to create invitations to all city residents to socialize and spend time together. 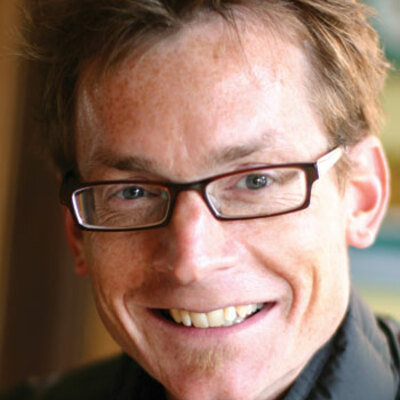