Skidmore, Owings & Merrill (SOM) has collaborated with University of Michigan Taubman College to create the SPLAM [SPatial LAMinated timber], a robotically-fabricated timber pavilion for the 2021 Chicago Architecture Biennial. The pavilion employs prefabricated framing panels manufactured using robotic technology, and will serve as an open-air education facility and gathering space for a school in Chicago. The pavilion was inaugurated on September 17, with the opening of the Chicago Biennial, and will remain on display until December 18th. 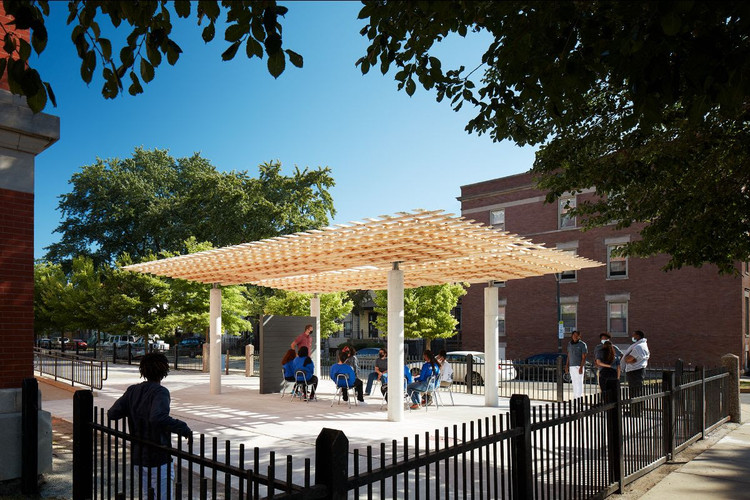 The team, which is led by professors Tsz Yan Ng and Wes McGee, chose to highlight timber and its benefits in construction due to its sustainable qualities. The pavilion is a single-storey prototype that uses spatial-laminated timber (SLT), a material that optimizes traditional framing systems and is often used in mid-rise fire-resistant structures. SLT is lighter in weight and can reduce timber consumption by 46% compared to the usage of conventional timber panels. The beams are joined using interlocking timber joints, which uses shorter and salvaged pieces.

Weaving together timber beams like threads in fabric, SPLAM explores the idea of using smaller pieces of wood than conventional mass timber construction systems. Doing so means that the wood can be sourced from more rapidly renewable forests, or, in theory, even from the salvaged components of de-constructed buildings. -- Scott Duncan, SOM Design Partner

The fourth edition of the Chicago Architecture Biennial opened to the public on September 17th, showcasing a series of 15 site-specific interventions within the urban environment that tap into ideas of shared space and collective agency, exploring “who gets to participate in the design of the city”. Led by Artistic Director David Brown, this year’s edition operating under the theme The Available City, intends to highlight the potential of vacant urban areas as collective spaces through interventions developed in close collaboration with the local community. At the same time, the event underscores the potential for “immediate new possibilities” and illustrates the significant impact of small urban gestures.

SOM has recently unveiled its design for the New York City Public Health Laboratory, a ten storey building meant to strengthen the metropole's capability to respond to a variety of public health issues and future challenges. The laboratory is organized within a cubic glass volume stepping outward, which rises from a masonry-clad podium containing community-related functions. The program is organized within two volumes, each showcasing its distinct materiality. 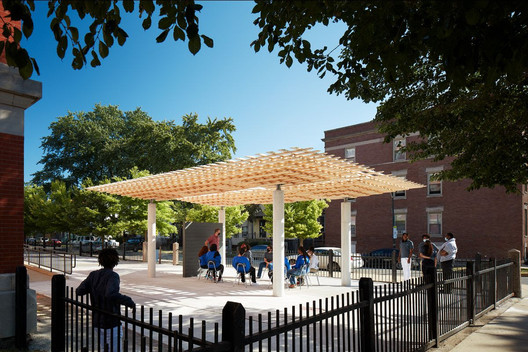