Save
The Urban Remnants of Colonial Planning in Africa: Dar es Salaam and Nairobi
Share
Or
Copy

A quick glance today at the cities of the African continent reveals a rich diversity of urban settlements, ranging in type from rural enclaves to sprawling metropolises. That quick glance also reveals a larger picture of cities that are continuously adapting and evolving as we enter the decade of the 2020s – yet this evolution in many places is taking place at the expense of those who are less fortunate. This is not happening in a vacuum, as the reason why a lot of African cities look as they do today is a result of a segregated organization during colonial rule. 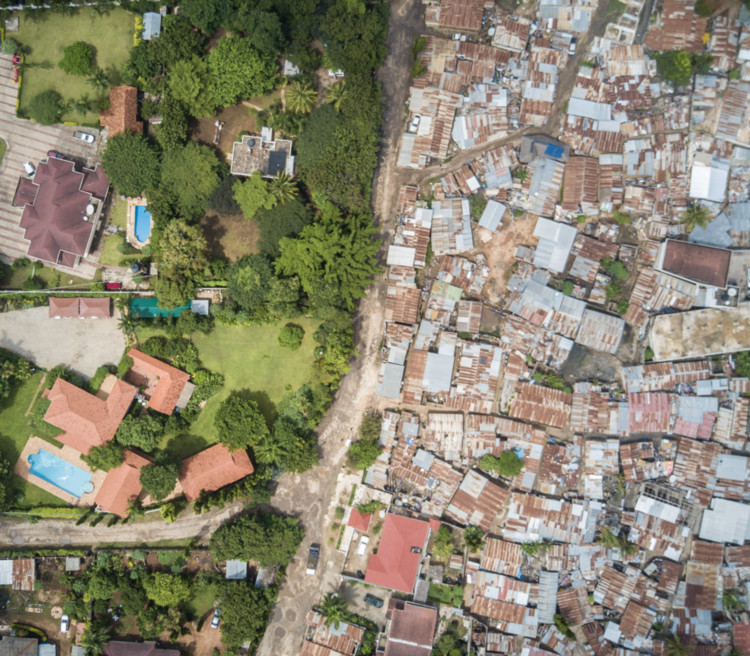 Two cities in particular which display these colonial legacies in their landscapes are the busy East African cities of Nairobi and Dar es Salaam. The former city is the capital of Kenya – one of Africa’s largest urban centers which developed as a trading hub. Nairobi is a city of many architectural landmarks, famously housing landmarks such as Amyas Connell’s 1954 Tower of Parliament Building and David Mutiso’s 1977 Kenya International Convention Centre. These buildings, however, exist amidst urban division put in place by a 1948 Masterplan which formalized segregation between races.

The ideal for colonial planners in Kenya was a city of estates with spacious suburbs – made so as Europeans could have ample room for sport and leisure. This discriminatory policy saw Kenyan tribes pushed out of their traditional homes, with Nairobi earmarked by planners as a place suitable for European habitation due to its “milder” climate. The discrimination of native Africans in Kenya carried on to employment, as Kenyans were only allowed to be employed in Nairobi under temporary contracts – which meant that they did not have permanent residences built for them in the city. Informal settlements sprung up, as non-Europeans were relegated to the outskirts of the city under law.

Today’s Nairobi is a Nairobi built on top of these structural inequalities. The higher-income areas are still those which housed mainly Europeans during colonial times, with leafy suburbs, like Westlands, whilst areas such as the Kibera informal settlement are direct results of colonial planning. A clear example of this divide is the Kibera informal settlement bordering the Royal Nairobi Golf Course, which is a colonial development originally built in 1906. It’s an image that encapsulates who is able to gain access to privately-owned urban, green, spaces and who is not.

Dar es Salaam is a city that unlike, Kenya, was not part of a country that was colonized as a settler colony. Nevertheless, the racial division of the city under colonial rule is still apparent today, but in a much murkier way. The German and British colonial governments put in place building ordinances that divided the city based on the ‘standard of construction’ within each area, which in effect led to racial zoning.

The first German city plan of 1887 saw Dar es Salaam cut into three zones with varying building styles. Zone 1 – near the waterfront, was for “European-style” buildings, Zone 2 around the “Mnazi Moja” area allocated for smaller stone structures in an “Indian and Arab style”, and Zone 3 in the Kariakoo area dedicated to temporary housing. Architectural styles essentially defining racial segregation.

The arrival of British colonialists after World War 1 saw the expansion of European areas to live across the city. The peninsula area and Oyster Bay – places near the waterfront with abundant ocean breezes, were designated as places that only Europeans could build in, as Africans who came into work in these suburbs had to leave the area by 6 pm. The fall of colonialism saw these areas become home to diplomatic residences, embassies, and homes of the more affluent – a present-day reminder of the racial zoning that divided the coastal city.

Areas have cropped up relatively recently in both Dar es Salaam and Nairobi that rival these formerly European enclaves, with the onset of a growing middle-class. The two economic hubs are cities that are not only defined by the inequality that exists within them – but it’s important to address the fact that this urban inequality, more often than not, has its roots in colonialism.