Henning Larsen has revealed the design for Landehof, a new office building activating an underused plot along a railway in the city of Augsburg in Germany. As part of a masterplan meant to develop the area around the city's central train station, the contemporary addition to the complex and textured urban fabric unfolds on a long and narrow plot adjacent to the railway tracks. The design takes cues from the surrounding historical architectural styles, serving as a gateway to the city centre. 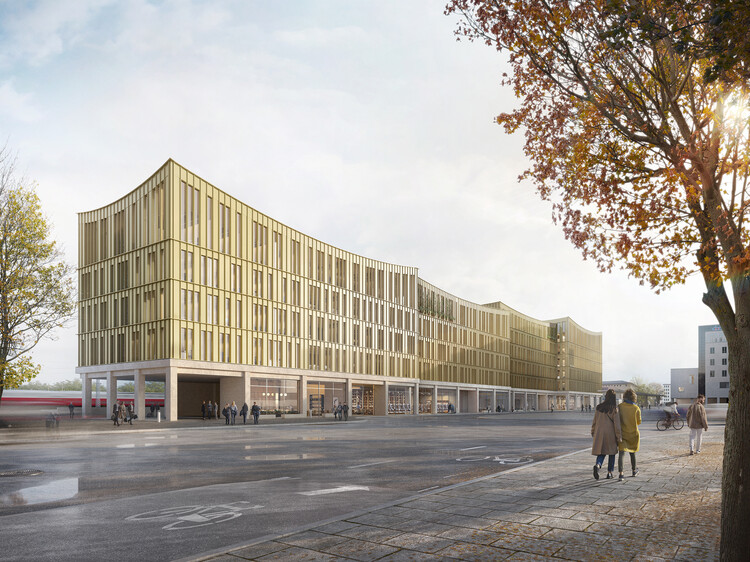 The project is developed on a long plot adjacent to the Augsburg railway and comprises offices, as well as retail and restaurant spaces at ground level. Working with the site's proportions, the design gives the appearance of four distinct volumes, similar in size, that shift in relation to one another, breaking the long façade and adding rhythm to the street front. Despite giving the visual impression of individual volumes, the interior floors are unified, allowing tenants flexibility in leasing the space.

The area around the main station in Augsburg has been long underserved, and our goal with Ladehof was to reactivate the area and bring some of the city's architectural beauty out to this area as well. "The design is contemporary but nods to the flourishes you see in the Baroque, Rococo, and even Art Nouveau structures throughout the city" -Werner Frosch, director of Henning Larsen's Munich office.

Inspired by the diversity of architectural styles that characterise the surrounding urban fabric, the project is clad in golden panels, radiating light throughout the day and features arced parapets that reference the neighbouring domes and mansard roofs. Providing views of the city are two roof decks that double as spaces for events or office gatherings. The project, designed in collaboration with landscape architects Ramboll Studio Dreiseit, is currently in the final design stages and is set for completion in 2024. 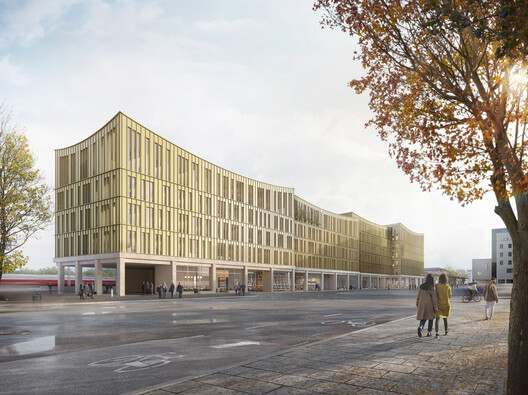