Text description provided by the architects. The project is a piece within a larger system articulated in an exceptional property of the urban layout, two unified blocks belonging to a religious community constitute a plot of 160m by 80m. The complex contains a church, a hospice, a day center, a “Way of the Cross”, a grotto and some outbuildings, all articulated through a series of interconnected courtyards.

The typology adopted takes the idea of ​​courtyard and cloister. In this case, the "cell" is turned over to the "void" and the ambulatory operates on the perimeter giving autonomy to the wall that closes the complex. The sequence of a supposedly monotonous processional journey through the corridor is altered by the rhythm of the sunlight that penetrates from above through circular skylights. This "procession" culminates in the oratory, an unexpected, voluminous, white space that reveals its vaulted spatiality through the light.

The program is divided into three wings that make up the limits of the interior patio. A fourth limit is a wall that separates the patio with a dry access plaza, a space for articulation with the other buildings in the complex. Access to the house is through the south wing that houses a large room oriented and open to the north; here takes place part of the social life of the parish priests. The west and north wings are configured by two and three bedrooms respectively. At the intersection of both, the oratory box stands out from the strongly landscaped volume of the house.

The material proposal is defined by double brick walls with horizontal joints, all contained between two exposed concrete slabs; the lower one configures the basement and the upper one the roof. The image that the proposed material order expresses and its consequent spatial response is intended to establish continuity with the physical and historical context where the building is incorporated. 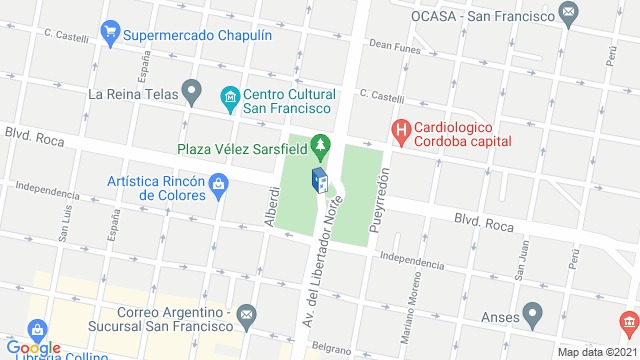